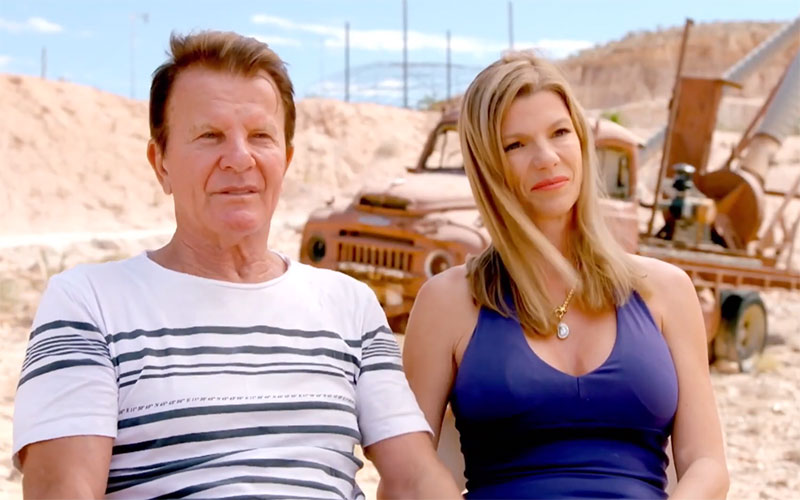 I fell in love with the Australian reality competition Instant Hotel when it came to Netflix: a trip around Australia populated with effervescent characters, who added a dash of clever scheming and smothered everything in a gravy of spitefulness.

So when season two came to Netflix last week—it premiered in Australia on Seven earlier this year—I popped all the popcorn I could find and settled in. I was ready to meet this season’s Babe and Bondi, Brent and Leroy.

I burned through it in a day: from the clever, energetic title sequence to Coober Pedy’s flies, sausage dogs to actual sausage making.

But watching it fast was rather easy, because instead of 10 teams and 12 episodes, season two had just four teams and six episodes.

Wait, what? Where’s the other half? Where are four new pairs and their Airbnbs, or just-for-TV Airbnbs? I’m not done yet!

Yes, I was disappointed, especially because shrinking the show made it lose so much.

Most of the changes to Instant Hotel didn’t help

The prize increased to $100,000 cash instead of a trip to California, but the competition was less cutthroat, the inverse of what I expected.

Season one seemed to kind of stumble into a new kind of strategic game, one in which everyone scored each other, and opened up new kinds of game play possibilities. What would contestants do during season two?

Very little, it turned out, because the producers changed the game design, taking away the teams’ ability to score their guests after departure, which was memorably used in season one by one pair to punish other teams for low scores.

That wasn’t the only change. Gift boxes were mostly nonexistent, and so was season-one’s host, who was replaced by a second judge/host.

Instant Hotel’s season-one host, Luke Jacobz, was replaced with Laurence Llewelyn-Bowen, whose jackets alone had enough energy to power a small city. Llewelyn-Bowen is a TV presenter but also an interior designer, and the show gave him and returning judge Juliet Ashworth a lot more time in each property.

Tangent: Can we please have Juliet be a judge on an American show or two, or five?

I appreciated that expert analysis. I wanted more, because I’m greedy like that. I also wanted more actual competition.

Alas, it seems like the production was aiming for less competition: a casting call for season 2 says “This season, their focus is on fun, travel, adventure, and telling positive stories with a healthy dose of humour.”

So there was even less villainy and cattiness.

Gene and Sharon were clearly this season’s villains, but they were mostly just selfish and self-absorbed. Some of the biggest surprises were their scores, which often seemed rather decent and fair—especially compared to the way they were talking about properties.

Meanwhile, Razz and Mark’s scores were sometimes surprisingly low, and didn’t quite make sense. Were they just bitter and burned because they were the first property and received lower scores than they expected?

I do love Razz, though: her laugh should be a television channel.

Since there were just four pairs and four properties, it made for an odd finale: half of the teams were eligible for the prize. Great odds, not terrific television.

Instead of having the two losing pairs become the jury, the producers also allowed the other finalist to join in judging their competition. The jury again had to be unanimous, which made for a weird dynamic, with the finalists trying to convince the others to score lower so they could win.

The final two teams did get $10,000 to spruce up their places and respond to feedback before the finale, and everyone stayed one more night to see what’d changed. (The money was certainly well-used by Debbie and Justin, as the transformation made a great place even better.)

The second season of Instant Hotel did not live up to the expectations it set in season one, but it was also not without its charm. There’s a reason why I watched all six episodes in a day.

All four properties were telegenic, from Jay and Leah’s small cottage to Gene and Sharon’s rainforest estate and castle. I’d travel to Coober Pedy and stay in a dugout if there’s a time of year when there aren’t swarms of flies, and I’d certainly move into Justin and Debbie’s penthouse loft tomorrow.

I appreciated the overviews we got of different parts of Australia, and the playfulness that found its way into most episodes, from swimming with seals to Justin happily getting naked at the urging of the other straight young guy.

The four couples mostly seemed to get along, even with Gene and Sharon’s snobbishness and selfishness getting in the way occasionally. And with one fewer pair competing, they seemed to be closer to each other by the end, just eight strangers picked to stay in each other’s houses.

If you like Instant Hotel: I recommend The Great Interior Design Challenge