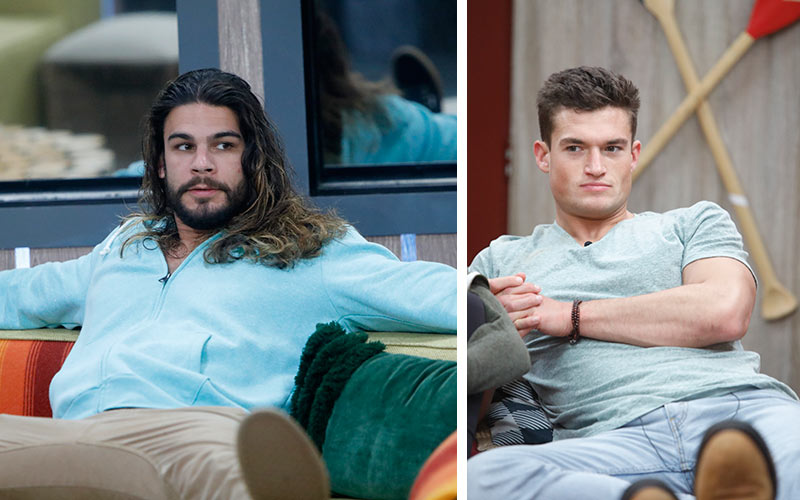 The mess that is Big Brother 21 continues, with players continuing to vilify and target people of color: David, who was banished on day one, is being shunned, while Jack, the current head of household, has been planning to nominate two women of color for eviction.

First, Big Brother season 21’s big genius twist turned out to be just a version of Survivor: Edge of Extinction’s reviled twist. Except instead of living on a separate island, the evicted players will live inside the house, instead of being sequestered elsewhere, like a hotel.

They’ll compete for a chance to return to the game—just like Edge of Extinction, but also just like Big Brother’s previous “Battle Back” competitions.

I can see how this might have initially been a tempting idea, a kind of “Oh, what if…” But for them not to have realized exactly what was going to happen—and what is currently happening—is shocking, if it’d be possible to be shocked by this production and network’s incompetence and/or lack of concern.

What this primarily does is give the other houseguests permission to further alienate those who’ve been evicted, which so far are two men of color.

(The optics of this twist are also terrible: The space where the evicted houseguests live, “Camp Comeback,” is an upstairs room that is terrible by design, with trash, such as a gas can, strewn about and old mattresses for them to sleep on. So now two people of color are living in that room, and a third may join them if current head of household Jack gets his way.)

David, who was thrown out of the house that very first day, has been sequestered and disconnected from everyone. So what chance does he have of creating relationships with people who knew him for a few hours?

Here’s what happened after his return, according to Hamsterwatch‘s Wednesday recap. David and Ovi—who was voted out on Wednesday’s show—are being intentionally alienated:

“[Jack] reiterated the importance of not gametalking to David and Ovi, they took a vote and agreed to that, and they group-bashed David and repeated various things he’d said through the evening.”

And David has generated a surprising amount of hate for someone no one knows:

“Kat had said David ‘terrified’ her, Holly said ‘he’s 100% the villain,’ and Jackson called him ‘cancer of the house’ (which he’d also called Kemi), and complained to Kat that David was ‘disrespectful.’

How in the actual fuck can someone who didn’t even spend a single night in the house be “the villain” and “cancer”?

“Cliff said David intimidates him and Christie agreed, adding ‘he’s looking into my soul and poisoning it.'”

Is it complete and total coincidence that Jack and his alliance have burning passionate hate for Kemi, Jessica, and Ovi?

That Jackson—who’s now being referred to also by his last name, Michie, so as to not confuse him with Jack—decided to banish Kemi, Jessica, and David (along with the house’s oldest player) after knowing them for maybe a few hours?

Gee, what could those targets all have in common? Spoiler alert: They’re not white.

Think about this: Big Brother’s players are asked questions in the Diary Room, and coached to repeat lines so that their answers—which now sound stilted—will fill in narrative gaps. They’ve had every opportunity to give some context or explanation. Yet somehow no one has managed to articulate just why these alleged “threats” are so threatening.

Instead, the people of color are constantly being talked about as if they’re evil.

Did Jack and Jackson use the n-word?

Big Brother has seem plenty of toxic behavior over its 21 seasons, but the racism this season is much more insidious, because it’s not manifesting with the use of overt racial slurs, which is not to discount moments such as Jack referring to Jessica as “Conseula.”

On July 4, though, many people heard an actual racial slur when Jack and Jackson had a brief conversation in the kitchen. They were whispering, dishes are clanking, and the audio is bad. Watch:

I watched that clip and also the live feeds flashback—July 4 at 11:24 a.m.—and used Camera 1, which has a different angle, and clearer audio. I also listened with headphones to get the clearest audio possible, and this is the conversation that I was able to transcribe with confidence:

Jackson: (unclear) Work him from the inside out.

I’m unclear what Jackson says at first, and I can definitely understand how people hear “He’s a [n-word]”

After listening to it dozens of times, I can also understand how it sounds like the n-word before “bro,” but also at that part, the two of them talk over each other, and Jack’s voice takes over, which is why I think he may be saying “You’re good, bro”—though he’d be saying it super-fast.

Here’s just the audio, which I’ve modified only by amplifying it slightly:

Just look at what they very clearly do say. Look at the smirk on Jackson’s face, and the way he says, “I’m not going to let him get under my skin” when that’s clearly exactly what’s happened. Look at what he’s promising to do, such as leaving dirty dishes intentionally because he knows that annoys David.

The amount of vitriol they have for a person who wasn’t in the damn house for two entire weeks is sickening. Their behavior and actions have invited this kind of scrutiny, and have made it plausible that they might have said something racist.

Having watched reality TV competitions for 19 years—today is the 19th anniversary of Big Brother’s premiere in 2000—I understand that people often do take game moves very personally, and get upset.

But David literally did nothing. He was thrown out of the house by Jackson and the producers’ dumb twist, and then came back Wednesday night thanks to the producers’ genius idea for a “new” twist.

Whatever Jackson actually said, the producers talked to him in the Diary Room, a conversation that left him shaken. Here’s Hamsterwatch’s recap:

Jackson said he had a bad Diary session but he couldn’t talk about it. It may have been for having said he wanted to “mule-kick” David: he told Kat “I fucked up” and “I’ll find out in 84 days.” OR it may have been from an anti-David rant where it sounds like he and/or Jack use the n-word (Flashback 7/4 11.23am – it’s hard to hear clearly but it could have been that.)

Jackson talked to Kat a little more about his scolding, saying it was indeed about this morning’s kitchen convo “and the internet was making it a race thing.” Kat said “I’m not gonna say I told you so, but I told you,” and “you know it’s not” [a race thing], and “America will grasp at anything.” And she said repeatedly it’ll blow over by the time they’re out of there. He said something about being “a southern boy from Tennessee” and she said “as long as you didn’t say anything that was like a literal slur, you’re fine.” Flashback 7/4 9.22pm. Later Jackson told Analyse he’d been irritated when David said the r-word “with no remorse.”

Watch Jackson/Michie recount that to Kat here—including the producers warning them to not talk about the production. (Why, exactly? What is the production trying to hide? Why can’t the houseguests talk openly about what happens to them in front of cameras and behind them?)

Will he be more conscious of what he says and does now?

Earlier this week, Jack was warned by producers, and while he insisted that people are “taking it out of context,” he added, “I just need to be careful what I say.”

Today, less than a week later, when Jack saw David on the monitor in the HOH room, his response was to mimic the way he thinks David walks: