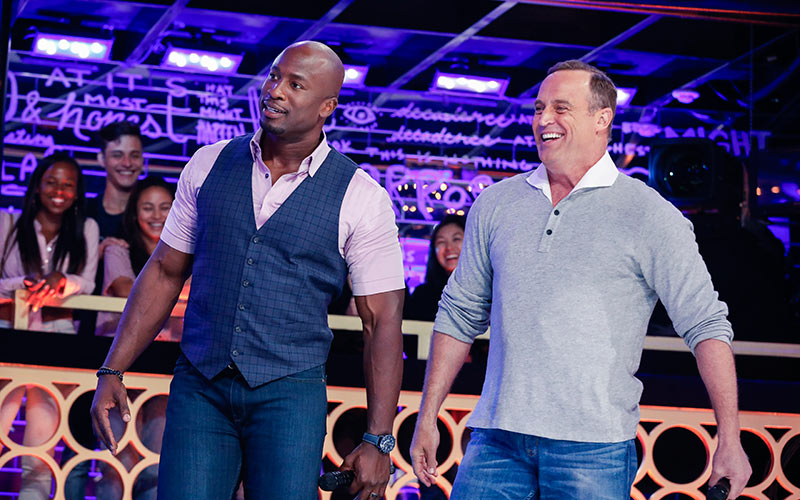 Matt Iseman—who also won the last and perhaps final season of Celebrity Apprentice—also performed as Cher, or at least in Cher drag.

The performances will air on the June 13 episode (Paramount Network, 10 p.m.). The series premiered on Spike in 2015 and was spawned from a bit on Jimmy Fallon’s show, and features celebrities lip syncing for bragging rights only.

It’s been nominated three times for Emmys in the structured reality program category.

Season five opened early in the cast of Queer Eye competing and has also featured a battle between Big Bird and Jason Schwartzman.

The show frequently has reality TV stars as its contestants, and next up are the long-time American Ninja Warrior hosts, who’ve been doing play-by-play and commentary next to the ANW course since season five. (Their show just premiered its 11th season on NBC.)

On the June 13 episode of Lip Sync Battle, Matt’s costume starts with a Cher wig but includes a reveal, and he appears to be wearing a version of Cher’s revealing and bedazzled costume from her Dressed to Kill tour, which she brought back in 2017.

Matt’s parents are in the audience, and give him a standing ovation, though LL Cool J is still uncomfortable enough with all this that he asks Matt’s parents to “give a nod of approval.” (They give a thumbs-up.)

Watch previews of each of their performances here; Matt’s performance is the third video in the playlist: