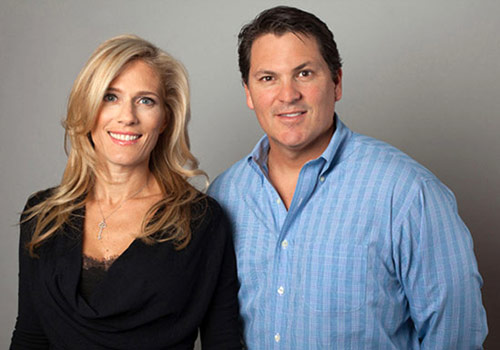 A legal battle between the creators of the proto-scripted reality show Duck Dynasty and the company that bought their production company has ended.

Scott and Deirdre Gurney, the founders of Gurney Productions and the co-creators of A&E’s Duck Dynasty, produced at least one other notably phony and deceptive show, the Shark Week special “Voodoo Sharks,” which lied to viewers: it was about a mythical shark, not a real one, and its producers lied to scientists to get them to participate.

A majority share of their company was purchased by ITV in 2013, and in 2016, ITV suspended, fired, and then sued them, claiming they’d been engaged in “self-dealing, fraudulent concealment and breach of contract.”

They were accused of secretly creating a new production company, Snake River Productions, that competed with Gurney Productions while using Gurney’s money.

The Gurneys counter-sued for $100 million, with their attorney claiming in court filings that ITV was engaged in “outrageous, strong-arm tactics to acquire my client’s interest in Gurney Productions at a massively discounted price.”

ITV called that countersuit an “attempt to salvage their reputation.”

Trial was set for March 12 of this year after an appeals court ruled against the Gurneys on several points. But now, a confidential settlement has been reached.

What isn’t confidential is that the Gurneys are definitely exiting the company that has their name: They’ve agreed to sell ITV the 38.5 percent of Gurney Productions that they own.

I’m not clear on what Gurney Productions still does; its web site hasn’t been updated since 2016. The most recent shows IMDb lists under their company names are Duck Dynasty spin-offs: Jep & Jessica: Growing the Dynasty and Going Si-ral.

“ITV and Deirdre and Scott Gurney have reached a settlement which resolves all claims and issues asserted in the litigation between them to their mutual satisfaction. As part of the settlement, the Gurneys will sell their 38.5% stake in the company they founded, Gurney Productions, the company behind over 50 reality television shows including the hit series Duck Dynasty. The remaining terms of the settlement are confidential.

The Gurneys are free to pursue other interests in the entertainment field, and said ‘we are excited about our next chapter and look forward to pursuing scripted and unscripted film and television projects we have in development.’ A spokesperson for ITV said ‘We wish Scott and Deirdre success with their next venture.’”

Recommended: How Shark Week lied to you for several years