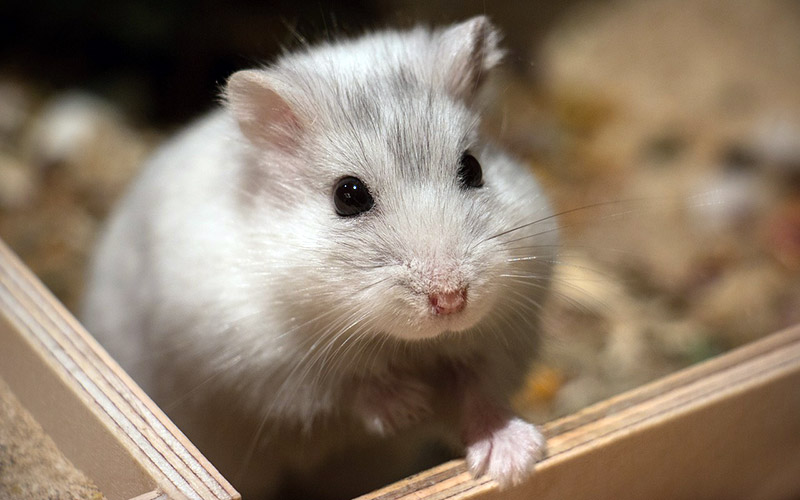 A hamster, and not actually a photo of the Big Brother feed-watcher and recapper known as Hamsterwatch (Photo by Mordilla.net)

I start most seasons of Big Brother full of optimism that the show will provide endless entertainment; I tend to give up sometime in July or August, when three hours of television each week aren’t delivering enough value for the time.

But I always keep an eye out on what’s happening, and do that primarily by following and reading Hamsterwatch. Its proprietor goes by the nickname “Dingo,” and she does not watch the show for three hours a week: she watches it all day, every day, on the live feeds from the house, and then writes about what she’s seeing with informative and often hilarious tweets. And now she needs our help.

Dingo’s tweets and detailed recaps of the show are always full of good cheer and fair commentary, never mind all of the details. I particularly love the weekly rankings of contestants and the producers, which show an empty hamster wheel for those who’ve been evicted. I’m excited for BB21 to start in part because I’ll be reading her tweets and recaps.

She’s written for reality blurred about why she loves watching the Big Brother live feeds, and now she covers the show three times a year: Celebrity Big Brother and the summer season on CBS, plus Big Brother Canada.

That’s insane. And now she faces some even more significant challenges.

Watching and updating Big Brother 24/7: ‘no days off, no real paycheck’

Around this time every year, especially on social media, Hamsterwatch and other Big Brother-related web sites encourage their readers, users, and/or fans to subscribe to the live feeds via that site’s affiliate link.

The reason: Those sites get paid every time someone signs up. It’s common practice on the Internet; when I link to something on Amazon, for example, it’s often an affiliate link that will give me a small percentage if you buy the thing from Amazon.

It’s totally awesome that people who spend so much time passionately watching and writing about Big Brother can be compensated for their work and service to the world. (That’s why I wrote this in 2014: Why you should buy your Big Brother live feeds from your favorite fan site.)

But that’s also all they get—a one-time fee.

CBS took control of the live feeds and affiliate program in 2013. That implicitly hurt fan sites’ affiliate sites: not only was the referral fee less than it was under the previous company, but now the show itself markets live feeds directly to fans and encourages them to sign up. If a viewer signs up via CBS, that doesn’t help an affiliate and saves CBS the fee.

Plus, the Big Brother live feeds are now part of CBS All Access, which has other content that people pay to watch (such as Star Trek and The Good Fight), it’s less likely that people will need to sign up for feeds alone.

Hamsterwatch now faces an additional challenge: the loss of affiliate revenue from Amazon. As she wrote, “I believe I was always in compliance with their terms, but they still rejected my appeal for reinstatement.”

She added, “That never brought in a lot, but every bit helps when you’re virtually doing a 24/7 job with no days off, no real paycheck, and hoping people will remember to use my links so I can earn a little something.”

She also writes about an additional challenge: “medical bills for my daughter, who has serious mental illness.”

So, if you want to get CBS All Access, I’d encourage you to sign up via Hamsterwatch’s link. Even better, you can donate to the GoFundMe that was set up by McCrae Olson.

He was a Hamsterwatch reader before he was cast on Big Brother 15. As he wrote in the introduction to the fundraiser:

“[Two seasons] a year has been murder on Dingo without any benefit of extra money for those seasons. I’ve seen updaters go dark and it makes me sad knowing I could have spoke up for some of the good ones in this community after bitching only about the bad ones for so long. This is why I’m asking people for donations for Dingo.

On top of the medical expenses they have and the dwindling revenue through officially sanctioned CBS streams, I would personally love it if we could raise enough money that Dingo wouldn’t have to stress out during this upcoming #bb21 season.

I think Dingo has been such a pillar in this community when it comes to things like ethics, not using clickbait, advocating against rabies, just someone that makes this community more of a net positive than a net negative.”

I think that’s very evident in this passage that Dingo wrote in her post on the Go Fund Me page:

“Psychologically the best thing for her and for me would be to give up BB since it does take so very much time and energy with little reward (plus the ever-increasing stream of social media negativity which lands uninvited in updaters’ mentions all day, every day can be kinda stressful), but I desperately need the dollars my site does generate.

When McCrae suggested doing this [Go Fund Me] I said no, I’m just not comfortable asking for help—everyone’s got problems we’re all dealing with, and I’ve always been self-sufficient and don’t know any other way to be.”

That humility and empathy for others is part of what makes Dingo so amazing, never mind her tireless work for Big Brother viewers like me.

If you can and want to help: