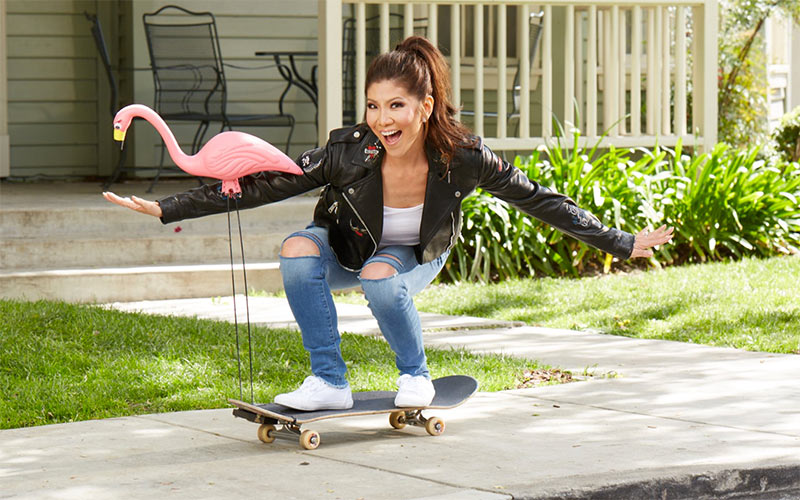 Julie Chen posted this photo of herself to Twitter, immediately prompting Big Brother fans to scrutinize it for clues about BB21's twist or theme.

CBS has announced the cast of Big Brother 21, which premieres next Tuesday.

While rumors about the cast were light and not very credible, there was a bit of a freak-out that it’d include returnees who’d coupled-up in showmances during previous seasons, or just returnees of some kind.

That was fueled in part by people closely examining the jacket Julie Chen Moonves is wearing in the teaser photo above, which has a patch that says “all-stars.”

The surprise, or not, is that the cast of consists entirely of new players.

No twists have been announced yet, and while there may be a twist involving the cast, CBS has announced 16 new houseguests. That’s the typical number of players, and when there have been returnee or other twists, the network has announced fewer contestants at first.

The network did say that “[d]etails about the house and some of this season’s new twists will be announced shortly.”

The cast is young: there are three people who are 22, and their average age is 28.1—not including the person who lists their age as “30ish.” The oldest person is a 53-year-old “petroleum engineer” from Texas.

While there is an L.A.-based server and a model among the cast, there is also a Broadway dancer, a truck driver, and a therapist, which should come in helpful for a show that locks people into a smelly soundstage house for three months.

Here’s the Big Brother season 21 cast from CBS’ press release, which includes their hometowns, the cities where they’re currently living, and their occupation.

Recommended for you: Read the full Big Brother houseguest contract