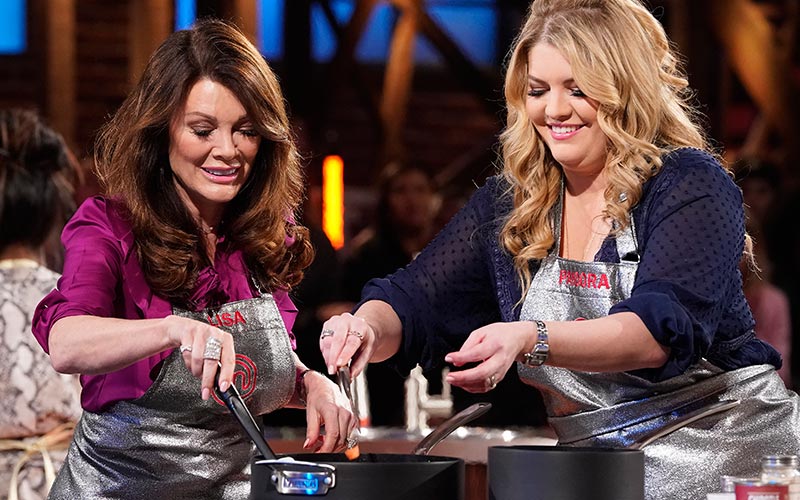 Happy Monday! Here’s your look at what’s ahead in reality TV and documentary television this week.

Summer reality TV is getting started, but first we have the finale of Survivor: Edge of Extinction (CBS, Wednesday at 8), which will bring someone back from Extinction to compete and maybe win the entire game they haven’t been playing.

Tonight, there’s a new season of The Bachelorette (ABC, Mondays at 8). This season, the person making the journey—and, if we’re lucky, a fence jump—is Hannah Brown.

In food reality TV, Scott Conant hosts the competition Best Baker in America (Food Network, Mondays at 9), while Nicole Byer returns to host another season of Nailed It! (Netflix, May 17).

There’s a new season of Cake Boss (Discovery Family, Saturdays at 9), which is now on a new network, and a new show that follows chef and activist Roy Choi as he takes “a journey through his hometown of Los Angeles to explore complex social justice issues including food deserts, food waste and sustainability” on Broken Bread (Tastemade TV, Wednesdays at 8:30).

There’s a new competition in which contestants try to win money to go toward their student debut: Paid Off with Michael Torpey (truTV, Mondays at 10).

The Big Bang Theory ends forever on Thursday, and after that and the season finale of Young Sheldon, a 30-minute special, Unraveling the Mystery: A Big Bang Farewell (CBS, Thursday, May 16, at 9:30) will go “behind the scenes of the longest-running multi-camera comedy series in television history,” according to CBS.

Masterchef will air two special episodes this week and next (Fox, May 15 and 22 at 8 p.m.). Subtitled “Celebrity Family Showdown,” they feature celebrities and their families facing off in single-dish competitions. The winners get money donated to their charities. Here’s who’s competing:

Who produced that glass of wine for you? Harvest Season (PBS, Monday, May 13, at 10) explores by showing us “the lives of people who work behind the scenes of the premium California wine industry, during one of the most dramatic grape harvests in recent memory,” according to PBS.