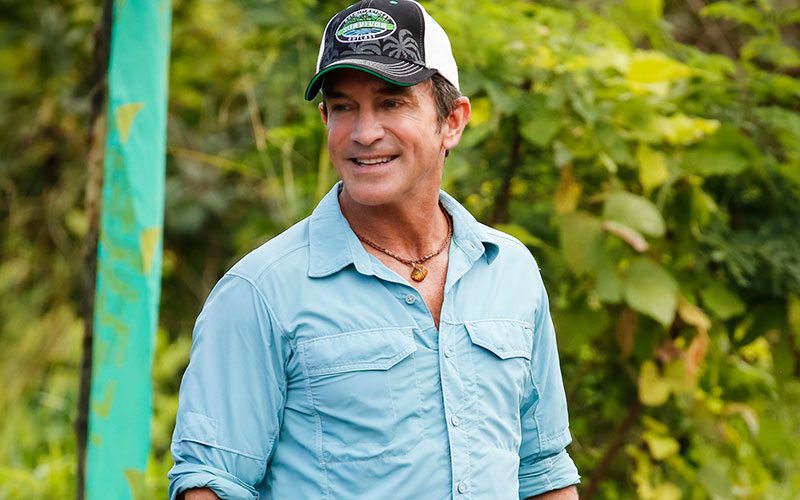 Jeff Probst, host and executive producer of Survivor, at the start of season 38. (Photo Robert Voets/CBS)

We have reached the end of another season of Survivor, and the end of year 19. The show’s 20th year—and 40th season—are both coming next year.

Season 40 will start filming shortly after the Survivor: Edge of Extinction finale, which will have our first look at season 39, which will air in the fall and is called Survivor: Island of the Idols. Here’s what we know so far about it—including its location, its big twist, and the identities of both new cast members and returning players.

When and where did it film?

Survivor has been filmed in Fiji since season 33 in 2016, and it will continue to use the same islands and locations for season 39 (and 40).

The show has stuck with Fiji in part because Survivor gets a 45 percent rebate on what they spend. In other words, Fiji pays for almost half of the production. (For more, read this interview with Jeff Probst.)

Survivor: Island of the Idols appears to have begun production at the end of March, and thus ended its 39 days of filming in late April.

As information about the production and individual episodes is revealed, True Dork Times’ calendar will be updated, so check that out.

When will Survivor 39 debut?

CBS announced its fall schedule today, and Survivor retained its Wednesdays at 8 p.m. timeslot, which it’s had since Survivor Nicaragua in 2010.

Fox has scheduled Masked Singer seasons two and three for Wednesdays at 8, both in the fall and in the spring.

Will that competition hurt either show? Stay tuned.

Remember Survivor Ghost Island? It seems as though that twist is essentially returning, though it’ll be renamed the Island of the Idols—hence the season’s subtitle.

But the island won’t just contain immunity idols, hidden or otherwise. It’ll also have two human beings, who happen to be former Survivor winners, aka idols: Sandra Diaz-Twine, the only two-time winner in Survivor history, and “Boston Rob” Mariano.

When Inside Survivor’s Martin Holmes first reported on this twist, he noted that Sandra and Rob “are there to offer advice and guidance to the crop of new castaways,” not to actually play the game.

How will they be used, then? Survivor South Africa’s fifth season, Survivor South Africa: Champions, had two athletes captain the two tribes: they picked tribes and competed in challenges and went to Tribal Council, but they were not actual players. After the merge, they became part of the jury.

That doesn’t seem like what Rob and Sandra will be doing, though.

Martin Holmes later reported—citing a Survivor Sucks user as the initial source of the twist—that they will be there to give advice:

“Throughout the season, players will be sent to the Island of the Idols via various methods, and while there they have a chance to gain advice and advantages from the pair of past champions. … Rob and Sandra are NOT active players within the game, meaning they are not eligible to win the prize money, and their involvement in the season will remain a secret to the cast, at least for a while.”

The good news is that there is no Edge of Extinction returning for season 39, so players voted out will be actually voted out.

But if this is a repeat of Ghost Island, can Survivor improve how it used that twist? Players sent to Ghost Island sometimes didn’t get to do anything at all. Only on a few occasions did those who visited have a chance to get an advantage or idol that’d come from an earlier season—and they did that by choosing to play a ridiculously easy and overly simple games of chance that it offered players who were sent there. Survivor Ghost Island’s final, beyond-stupid twist was to have Dom choose which voting urn would be used at the final Tribal Council.

Hopefully, the producers have learned from Ghost Island and will make the Island of the Idols more useful, and make Rob and Sandra’s presence mean something instead of just wasting time and taking focus away from allowing us to get to know the new players.

Who are Survivor’s new—and returning?—cast members?

The good news is that the only returning players are Sandra and Rob.

The actual players—apparently 20 people—will be entirely new to Survivor, though some of them may be familiar to you.

Inside Survivor’s Martin Holmes has so far identified 11 of the 20 cast members, and they include:

The Survivor season 39: Island of the Idols preview

At the end of the Survivor Edge of Extinction reunion, we can expect Jeff Probst will tease season 39 and show a trailer for it.

When that preview is posted online by CBS, I’ll update and include it here, along with any other information Jeff Probst shares.

Update, May 15 at 11 p.m.: During the finale, Jeff Probst introduced the new season, describing Rob and Sandra’s mentorship to the new players as “a Survivor boot camp.”

“We know everything there is to know about Survivor,” Boston Rob said in the preview.

Here’s the preview, which focuses entirely on Rob and Sandra—and reveals that their heads have been turned into comically massive statues.