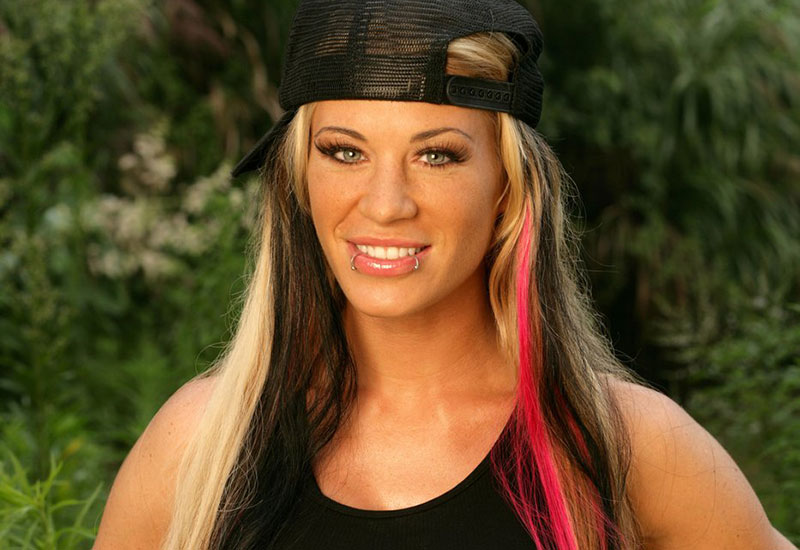 Ashley Massaro when she appeared on Survivor China (Photo by CBS)

Survivor China contestant and WWE wrestler Ashley Massaro died yesterday at age 39. She is the fifth player from the CBS version of the reality series who’s died.

She was found dead at her home on Long Island; Suffolk County police said her death was “determined to be noncriminal,” Newsday reported. People reports that “[a]n autopsy will be performed to determine the cause and manner of death.”

Back in the fall of 2007, Ashley was the second person voted out of Survivor—and almost went home first, thanks to illness and conflict with other contestants.

Players who are voted out before the merge spend time at Ponderosa before traveling together during the second half of the game, so Ponderosa can be used for the jury. Those pre-jury boots go to another location to wait out the rest of the production schedule, so that all contestants return to the United States at the same time.

Leslie Nease, who was voted out third, and thus spent the rest of the 39 days with Ashley, and told People:

“She is so much more than her image. After we were both voted off we spent hours in deep conversation for several days. She had a very soft and kind side. I am so thankful I was able to see that and know her that way. I am so devastated!”

“She was such a fighter on Survivor: China. Even though she got sick early on in the game, she still competed with all her heart in the challenges. She brought a really fun energy to camp life. I’m so sorry for this loss to both the Survivor and WWE community.”

The WWE posted a video of Ashley’s career highlights, and said in a statement:

“We are saddened to learn of the tragic death of former WWE Superstar Ashley Massaro. She performed in WWE from 2005-2008 and was beloved by her fellow Superstars and fans around the world. WWE offers its condolences to Ashley’s family and friends.”

In 2016, Ashley joined a lawsuit with 59 other former wrestlers against the WWE, in which they “allege[d] the WWE concealed the dangers of repetitive head injuries that have caused them neurological damage,” The Boston Globe reported. Ashley also alleged in the lawsuit that “was sexually assaulted at a US military base.”

According to the lawsuit, WWE executives had a meeting with Ashley “to apologize for their negligence, but [they] persuaded her that it would be best not to report it to appropriate authorities.”

The wrestlers’ lawsuit was dismissed last fall; NBC News reported that “U.S. District Judge Vanessa Bryant in Hartford threw out the lawsuit … saying many of the claims were frivolous or filed after the statute of limitations expired.”

Here’s CBS’ bio for Ashley, from 2007, when she played Survivor:

Massaro tours around the world and appears in front of thousands of people at arena shows approximately four times a week. She appears on “WWE Raw,” “Smackdown” and Pay-Per-View Weekly. She has done a tour of Iraq, Afghanistan and Kuwait, where she visited the troops with the WWE for the United Service Organizations (USO). She was on the cover of the April 2007, issue of Playboy. She has also appeared in FHM, Stuff, Maxim and the covers of Femme Fatale and FLEX magazines. She hosted several E! “Wild On” episodes and appeared on “Breaking Bonaduce” as his personal trainer. She has also guest-starred on CW’s “Smallville” and “Extreme Makeover: Home Edition,” and she brought her love of music to Fuse TV when she took part in a special edition of “The Sauce.” MTV’s “Celebrity Death Match” has also featured her in the claymation series. In her spare time, she visits numerous hospitals to boost morale, including the Bethesda War Veteran Hospital in Washington, DC.

Massaro received her Bachelor of Science degree in Communication with a minor in Business from State University of New York. She describes herself as spunky, quirky, optimistic, happy, resourceful, creative, adaptable and relentless. She is obsessed with all things music.

Massaro currently resides in East Northport, New York. Her birth date is May 26, 1979.