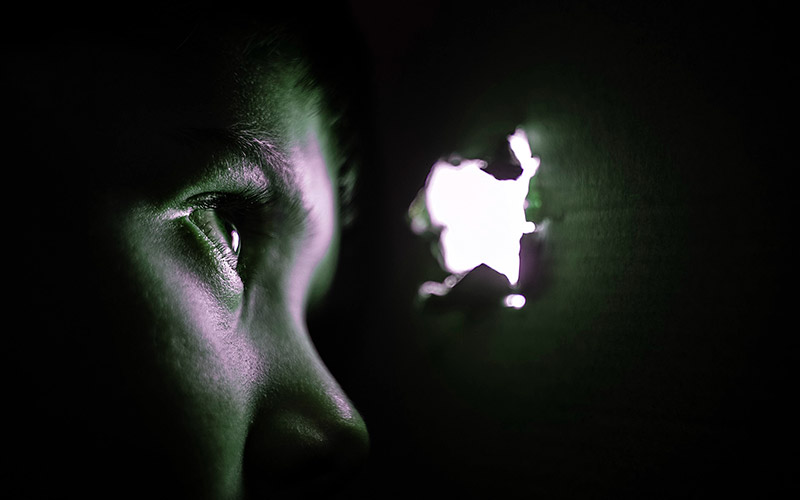 A stylized image of a person spying, the best I could do with stock images to illustrate the reality competition Spy Games, coming soon to Bravo.

Bravo is continuing to branch out from its core of Real Housewives-style shows, announcing a new competition series that is not focused on talent, but is a game—one that sounds very much like The Mole, though it shares a name with a 1999 movie and is based on a historical event. It also has Survivor’s former showrunner as one of its executive producers.

Spy Games, Bravo says, will be a “a sophisticated strategy-based series” and competition between “ten daring individuals who will battle it out in the ultimate game of espionage.”

It’ll be hosted by Mia Kang, a model and martial artist. Spy Games filmed last summer and will air sometime this year.

“Inspired by a once secret World War II government program called ‘Station S,’ the show will follow ten competitors living together on a compound as they are challenged to figure out the secrets their fellow players are keeping.

Training and judging them in the art of espionage are ‘The Assessors’ — Douglas Laux, Evy Poumpouras and Erroll Southers —three former intelligence professionals from the CIA, Secret Service and FBI, respectively, who will create missions and tests designed to push contestants to their breaking points as well as determine who stays and who goes home.

These bold contestants may think they have what it takes to live out their spy fantasies, but as they’re eliminated one-by-one, they quickly realize this game may be more mentally and physically challenging than they bargained for. However, they all must keep their eyes on the prize since only one contestant can come out on top and walk away with a $100,000.”

That doesn’t offer much detail, but there are certainly shades of The Mole in contestants being “challenged to figure out the secrets their fellow players are keeping.” That was, after all, the central premise of The Mole, trying to figure out which of your fellow contestants was working on behalf of the producers.

What was “Station S,” the World War II-era program that Bravo’s description refers to?

Here’s how the Los Angeles Times described it in an obituary of a psychologist who directed the program:

“Donald W. MacKinnon, the psychologist who directed the mysterious ‘Station S’ during World War II where this nation’s saboteurs and spies were screened, has died.

The retired University of California, Berkeley, professor was 84 when he died last Tuesday in a Stockton hospital from complications of Alzheimer’s disease, the university reported Monday.

… He had been chosen by the Office of Strategic Services at the start of the war to work out of a secluded Maryland farmhouse where 2,300 prospective spies were given extensive personality tests and subjected to intensive field trials.

The best of that group went on to infiltrate German and Japanese lines.

His 1948 report based on those experiences, ‘Assessment of Men,’ remains a classic in the field of personality testing.”

Casting took place last year, and an advertisement asked, “Do you have the intellect and instinct to become a spy? Can you pick up on clues that no one else can?”

It said producers “are looking for competitive and charismatic people who have always dreamed of becoming a spy,” including those who have a “yearning for adventure and excitement and know that you have a knack for reading others and becoming a chameleon yourself.”

That’s exciting and very promising—but the advertisement also used a bunch of shallow stereotypes to entice people to apply:

“Now casting everyday people who feel they were born to be spies to take on the challenge and possibly win some cash in the process. Are you the mom who gets underestimated but with having kids, has taught her to be the human lie detector? Are you a consumer who has busted a business for false advertising? Maybe you are an athlete who people assume is all muscle, but, under the muscles is also a big brain? Are you the girlfriend who is so on to everything that you could possible have a career in detective work?”

What is promising that the show will be produced by Kinetic Content, the producers of Lifetime’s Married at First Sight and ABC’s The Taste, and among its executive producers is John Saade, the former ABC reality executive who developed and oversaw The Mole during his time at ABC. He now has a producing deal at Kinetic.

Another producer listed is David Burris, who was the showrunner of CBS’ Survivor for many years before Jeff Probst took over that role.

Also listed are Karrie Wolfe and Eric Detwiler, who have producing credits on other Kinetic Content shows.