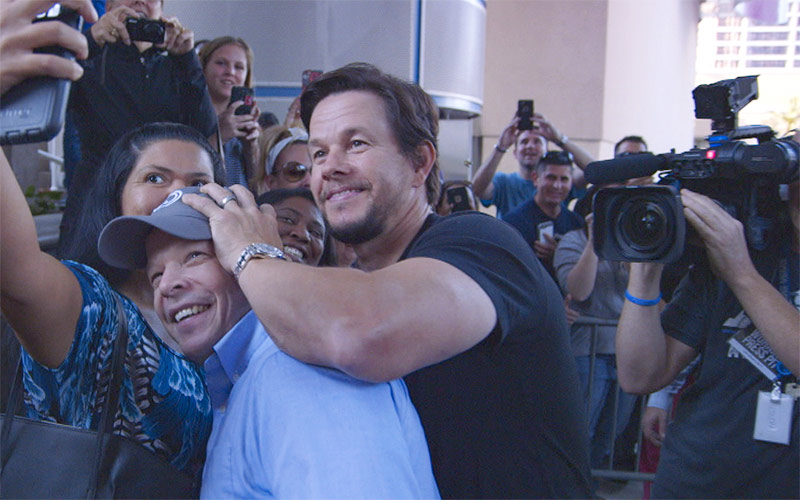 The show premiered five years ago. Why is it ending now? A&E doesn’t say, of course.

Ratings offer one possibility. Although ratings are dropping across all of television, they’ve dropped significantly for Wahlburgers. Season one had episodes that reached two, three, and even four million viewers. Compare that to the the season nine finale, which had just 322,000 viewers.

And that was well under the season nine premiere’s 597,000 viewers, meaning almost half of the viewers who watched the premiere dropped off during the season. There are other factors, of course, like DVR viewing, but that’s still not great.

The show’s popularity really helped the business grow—and didn’t hurt the reputation of its A-list movie star, who regularly appears on it.

In 2016, Mark Wahlberg said that the A&E reality show “hasn’t hurt anything I’ve done or the brand I’ve built over the last 27 years, because we own it and we live it. It’s an amazing marketing tool, and it’s all about promoting the business and building the business.”

Today, the restaurant has more than 30 locations across three countries and 19 states.

In the press release announcing the end and/or cancellation of the show, Donnie and Mark acknowledged that again.

Donnie Wahlberg said, “It’s been an amazing journey that has brought us closer together as a family and launched our little business to heights we never could’ve imagined.”

And Mark said, “Creating the Wahlburgers restaurants has been an incredible experience and we are so grateful to have shared it with A&E viewers these last nine seasons.”

What will happen on Wahlburgers season 10

TheWahlburgers season 10 will premiere May 15, airing Wednesdays at 9.

Here’s A&E’s description of this season:

“Starting with one original location in Hingham, Massachusetts, Wahlburgers, the booming restaurant chain owned by Mark, Donnie and Paul Wahlberg, now has over 30 locations across the country. This season celebrates the success the Wahlberg brothers have worked so hard for, as they embark on a new frontier across the pond. Mark and Paul make their way to Germany, where they continue to work with the military to open restaurants in U.S. bases around the world. Matriarch Alma gets her own moment to shine when she is interviewed by a national morning show about her life as a mother of famous sons. Meanwhile, Donnie is under massive pressure to deliver on his promise to open his own Wahlburgers location in his hometown of St. Charles, Illinois. The series culminates with the brothers’ biggest challenge yet as they work to fulfill Alma’s dream of finally opening their namesake restaurant in their childhood hometown of Dorchester, Massachusetts. After years of hard work and personal sacrifice, the Wahlberg family finally returns home to where it all began.”