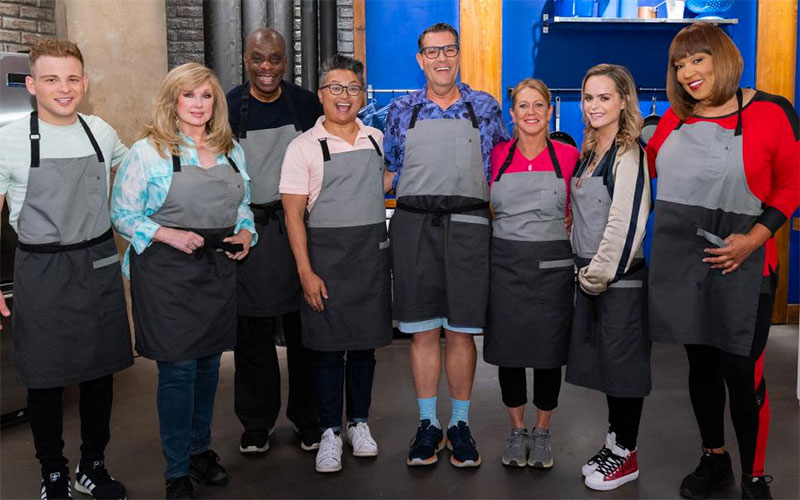 Good morning! It’s time for our weekly look at what premieres are ahead in reality TV this week.

First, thanks to Million Dollar Mile’s failure, The Amazing Race 31 premieres this week (CBS, Wednesdays at 9), much earlier than expected.

It will be on immediately after Survivor: Edge of Extinction (CBS, Wednesdays at 8). By the way, I’ve heard that last week’s insane Tribal Council was part of what was originally intended to be a two-episodes-in-one episode, which is why there was not a reward challenge.

But this week’s episode takes that second half and adds it to the next episode, so we’ll get “two tribal councils in one hour,” according to CBS.

This past weekend, I reviewed Buddy vs. Duff, which concluded last night and which I thought was a very weird show.

Both Buddy and Duff have new shows: Buddy’s premiered last night, and Duff’s premiers tonight: Duff Takes the Cake (Food Network, Mondays at 10), on which he surprises deserving people with cakes he’s created.

In other Food Network news, Restaurant: Impossible returns after several years off the air (Food Network, Saturdays at 9).

It won’t have Double Dare host Marc Summers as its executive producer this time around; he’s touring the country right now.

Reconstruction: America After the Civil War continues this week (PBS, Tuesday, April 16, from 9 to 11 p.m.) All four episodes are available to stream, free.

Hosted by Henry Louis Gates Jr., it looks at the 12 years after the Civil War, when there was “a seismic shift in the meaning and makeup of our democracy, with millions of former slaves and free black people seeking out their rightful place as equal citizens under the law,” as PBS said.

Dr. Brené Brown’s TED Talk on vulnerability became a must-watch video years ago. In a new special, called Brené Brown: The Call To Courage (Netflix, April 19), she “discusses what it takes to choose courage over comfort in a culture defined by scarcity, fear and uncertainty,” and also “discusses the origins of her TED talk and the insights she gleaned from the sudden visibility she gained following its outsized public reception,” according to Netflix.

Finally,Breakthrough: The Ideas that Changed the World is a new series (PBS, Wednesdays at 10) that looks at “how humans and six revolutionary inventions changed the world forever.” Those inventions: