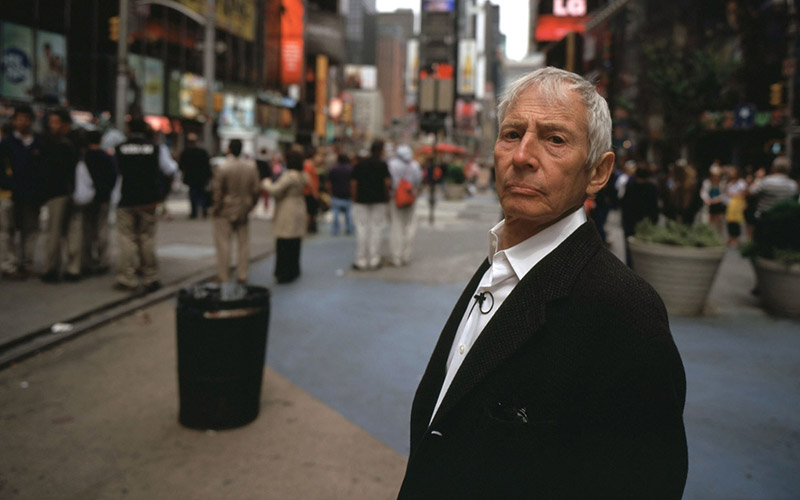 It’s been four years since The Jinx aired on HBO, and only this week are we learning that it’s single most explosive and shocking moment was created in editing.

Robert Durst muttering, “What the hell did I do? Killed them all, of course.” sounded like a confession—except he never said those two sentences together, as a complete thought, one a question and the other an answer.

The Jinx’s manipulative editing and weird timeline were widely reported on and analyzed back in 2015, but its director and producer stopped talking to the media, and there were never any clear reasons given for their choices.

Variety did eventually interview them, and asked them nothing about any of the criticism or clear problems with the documentary series. Ah, journalism.

This Wednesday, The New York Times‘ Charles V. Bagli reported that “Durst’s remarks were significantly edited; rather than being consecutive, the two sentences had been plucked from among the 20 in his rambling remarks, and presented out of order.”

As a result, Bagli reports, “even though it’s Mr. Durst who is facing a possible prison term, the documentarians — Andrew Jarecki, Marc Smerling and Zac Stuart-Pontier — will also be scrutinized as their decision-making is challenged by the defense at trial.”

Compare the transcripts for yourself. First, here’s what aired on HBO. As I noted at the time, “His nearly whispered words were subtitled on screen and there were long gaps of silence and some moaning (bathroom related? conscience related?) between each sentence.” Here are those words:

“There it is. You’re caught. You’re right, of course. But, you can’t imagine. Arrest him. I don’t know what’s in the house. Oh, I want this. What a disaster. He was right. I was wrong. And the burping. I’m having difficulty with the question. What the hell did I do? Killed them all, of course.”

And here is part of a transcript, published by the New York Times, that was included in court documents:

[Unintelligible] I want to do something new. There’s nothing new about that.

[Inaudible – possibly “disaster.”] He was right. I was wrong. The burping. I’m having difficulty with the question. What the hell did I do?

Besides the fact that the phrases are all out of order, the biggest major difference to me is that the audio, as broadcast, sounds like a relatively coherent string of thoughts. The actual transcript does not.

In other words, in editing, the production reassembled Durst’s words to make them into something with clearer meaning. But is that what Durst meant?

The process of taking people’s sentences, chopping them into tiny fragments, and reassembling them is known as “frankenbiting,” i.e. creating soundbites that are like Frankenstein’s monster.

That can be used to create entirely new sentences and completely distort reality. That’s where, for me, editing crosses a line into unethical territory. It’s one thing to choose what to quote, to condense, and to arrange—I do that all the time in my interviews. But I don’t chop someone’s sentences and words up to create new meaning that aligns to a nonexistent or even fictional narrative.

Is what The Jinx did defensible? Zac Stuart-Pontier, one of the producers, told the Times,

“We put the line ‘killed them all’ at the very end of the last episode to end the series on a dramatic note, not to link it to any other line. It didn’t occur to us that other journalists would connect it with ‘What the hell did I do?’ There are actually 10 seconds between the two lines, and I think the experiences of reading it and hearing it are very different.”

Didn’t occur to you?! That sounds so disingenuous.

I’ll absolutely give him that the audio, as broadcast, is a different thing than the audio, as typed above. But why would you purposefully and deliberately rearrange two fragments of speech and place them next to each other if you didn’t want people to think of one as the answer to the other?

In its extensive look at the case and the documentary series, the Times also quotes documentary director and NYU professor Marcia Rock, who says, “We all edit, we all take things out. The test is, is it still the truth, or are you manipulating the truth?”