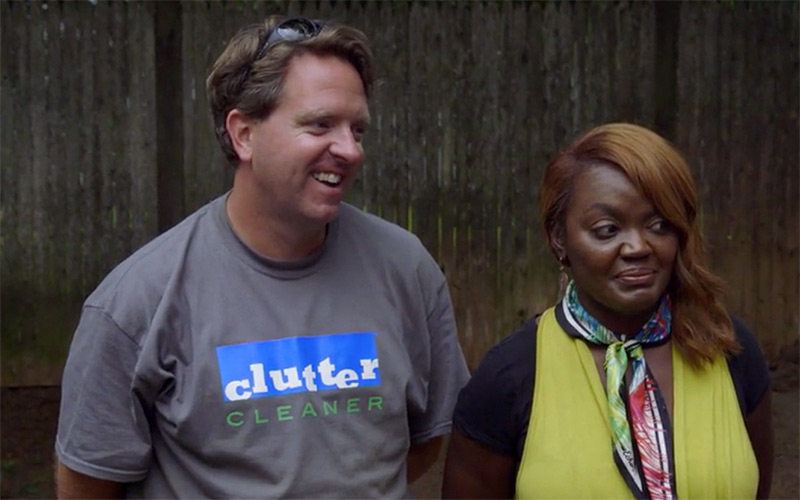 That was not the case with season 10 of Hoarders, which expanded to two-hour episodes and became an even better, more informative, more emotionally affecting show as a result.

Each of the two-hour episodes focused on a single story—usually one person and their hoard. Most of its previous episodes had just one hour to cover the attempts to help clean up two different hoards.

In other words, Hoarders used to have around 20 minutes to cover three or four days with one hoard. Now, it has 85 minutes to do the same.

That’s allowed it to dive into the complexity of both the stories and the events of the cleanup, but also into various aspects of hoarding as a mental disorder, from denial to codependency, trauma to fear.

Last week’s episode, “Patricia,” explored the process of building trust that the therapists and cleaners use—because Patricia’s daughters kept violating it. The adult daughters’ frustration was completely understandable, but yelling at their mother wasn’t helping, and they were frustrating Cory Chalmers and Dr. Robin Zasio, who couldn’t make progress with Patricia.

The season finale, “Three Amigos,” focused on two brothers and their close friend, all three of whom were hoarders. The men, Raymond, Peter, and Donald, had hilarious and warm rapport. The love they had for each other led them to defend each other, but they were also fascinatingly in denial about their own situations while being able to identify the problems.

We’re still watching people who are suffering, physically and mentally, but also who have agreed to get televised help, which in turn has demonstratively helped others. And the sense that this show can be exploitative fades when there’s more complexity instead of brief flashes of a person’s life, which can almost reduce them to one-dimensional caricatures.

Even with the seriousness of the subject matter, the show found moments of appropriate levity and wit. In the season finale, Matt Paxton arrived in slow-motion. “The party’s over,” he said.

The show also repeatedly made it clear that its emergency intervention was only the start of a long process. So many of the updates were generally positive, with people agreeing to take advantage of therapy and support that the show offers after the cleanup crews leave.

And the intervention Hoarders offers is never framed as anything more than emergency help to get them through a crisis, and then on to the next step.

So many of the stories ended on high notes—and the on-screen update text gave more good news. Not all, of course; people struggle and decline help. But so many accepted therapy and continued to make progress after the show left.

And as Dr. Melva Green told the “Three Amigos,” working with her, Matt, and the clean-up crew was just the start:

“You each have the willingness to make this change. It’s not necessarily going to be easy. This catalyst will get you to the point where you can be on the road to recovery, and be on the road to getting the life back that you once had.”

Hopefully, this season of Hoarders will be a catalyst for future seasons.

It performed well: Its ratings last night put it at number 15 among all cable shows, ahead of both Chopped and Growing Up Chrisley, and that’s just same-day viewing.

So A&E, renew this show. It’s more than proven to be the best example of the network’s mission to produce “high-quality, thought provoking original programming with a unique point of view.”

Recommended for you: A&E called Hoarders our ‘original declutter obsession.’ That misrepresents its real value.