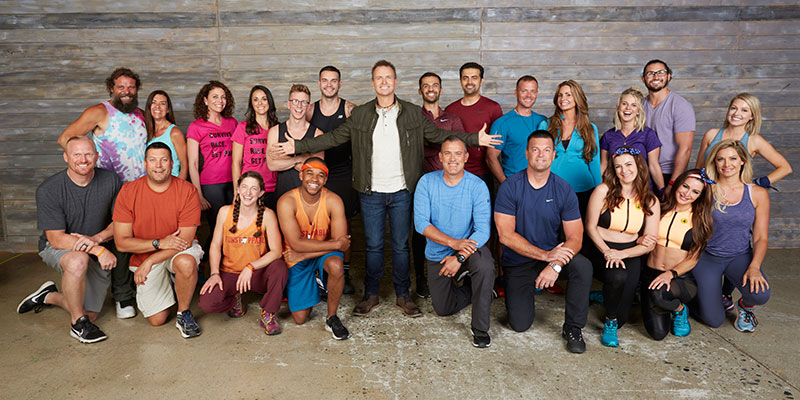 CBS officially announced The Amazing Race 31’s teams today, and moved its start date up almost a month, pairing the show on Wednesday nights with Survivor: Edge of Extinction for its final weeks.

The 11 teams have been well-known since early last June, when the race began—and when Phil Keoghan announced that there’d be a “reality clash” this season.

The Amazing Race was set to debut May 22, the week after Survivor’s finale, and it was going to air Wednesdays at 8 in Survivor’s timeslot.

The early start date seems to be because ratings for Million Dollar Mile, the new CBS competition from the producers of Big Brother, have been dismal: On Wednesday, Survivor had 7.41 million viewers and a 1.5 in 18-49, while Million Dollar Mile had 3.26 million, and a 0.8 among 18- to 49-year-olds.

Moving up an already-filmed season of an established format—and one that has cast members from Survivor—seems like a smart way to try to take advantage of Survivor’s lead-in.

Only two episodes of Million Dollar Mile have aired so far. It’s being bumped to Saturdays at 8, though that’s “effective Saturday, May 4,” CBS said.

It’s unclear what will happen with Million Dollar Mile between now and then.

The Amazing Race 31 teams and preview

This season is the first-ever CBS reality show to simultaneously include cast members from all three of its iconic reality series: The Amazing Race, Survivor, and Big Brother.

A press release calls it “the first reality showdown among some of the most memorable and competitive players” and asks, “Will the former Racers’ travel experience be the most helpful? Will the former Survivors’ outwit, outplay and outlast the competition? Or, will the Big Brother players’ abilities to adapt and expect the unexpected make the difference?”

If there must be cross-overs with cast members appearing on other shows, I think this is the best possible version of it, because TAR incorporates elements from both of the other shows, in the form of a competition—a race around the world—that’s a pretty even playing field.

Here’s a preview. My favorite part is when the announcer says “all of your favorite players” and then Rupert laughs his big laugh.

Here’s the full team list from the CBS press release, along with the relationship the show will use to identify them, and their previous seasons.