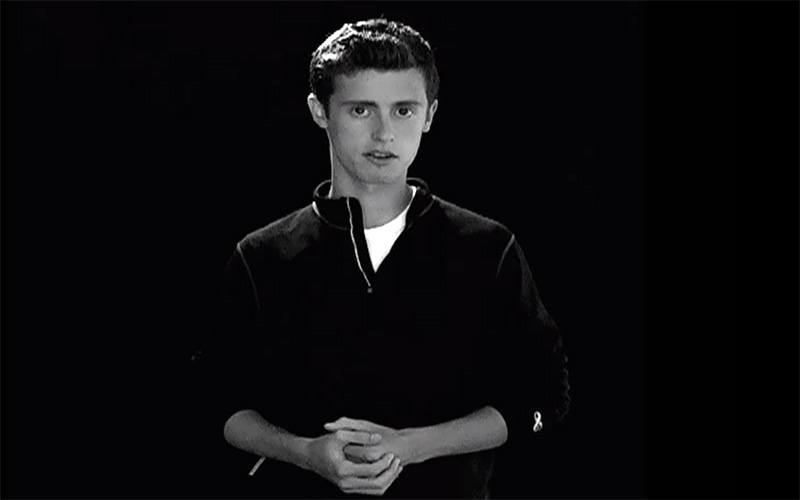 Survivor Millennials vs. Gen X winner Adam Klein, in a screenshot from The Mole: Lake Tahoe, which he hosted in 2009.

Two people who’d go on to play Survivor—one of whom won the CBS reality competition—both hosted fan-created versions of The Mole, taking on the iconic role originated by Anderson Cooper.

Both Survivor players did that in 2009, 10 years ago, but until last week, neither had any idea that the other played the same role.

Christian Hubicki, who was on last fall’s Survivor David vs. Goliath and one of its break-out characters, tweeted a throwback Thursday link to a video, and described it this way:

“10 years ago, I filmed a version of the old reality game show, ‘The Mole’ for an online forum. I impersonated Anderson Cooper as host and contestants were portrayed as Japanese teddy bears. Enjoy. “

As his tweet suggests, this wasn’t a version with people. It was produced by Emily Thiel, and is just a four-minute parody, with bears named after people on the forum.

There’s one scene: the elimination, with Christian (as Anderson) pensively typing names into a computer, with the show’s logo thumbprint turning green—except for the executed player/bear, for whom it turns red, of course.

After Christian posted that, Survivor Millennials vs. Gen X winner Adam Klein responded, “My mind is seriously blown right now. You too?! Also in 2009?!”

Christian pointed out that the year when both of these were produced “was right in the aftermath of that Mole reboot.”

Both versions used the ABC show’s musical score, which was created by David Michael Frank, and is still available on CD, but that’s the end of the similarities.

Adam’s version was The Mole: Lake Tahoe, and it consists of two episodes broken into 11 videos. It was an actual competition, similar to this amazing campus version of Survivor, with people competing and Adam hosting the first game.

Watch Adam hosting The Mole—the first video is a teaser trailer, and after it plays, you’ll see the first episode, with Adam’s Anderson-like introduction: