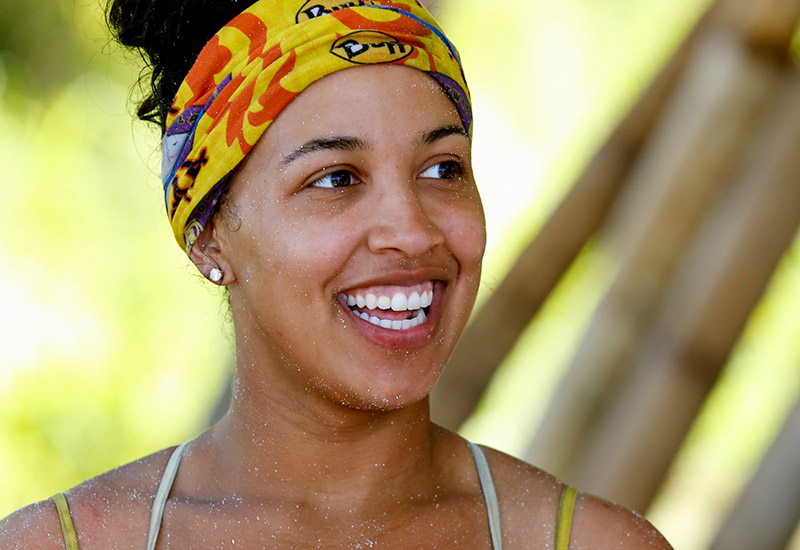 Julia Carter is one of the 18 players competing on Survivor: Edge of Extinction. You may not know her name or even her face, because, in the first three episodes, she hasn’t once appeared in a confessional interview.

Julia is the only person to not get a confessional. While seven contestants were ignored in episode three, every other contestant has at least two, according to this count:

570 people have competed on Survivor; just 20 of them “did not get a confessional in the first 3 episodes,” according to the person who tweets as Rob’s Fact Checker. That person notes that, of those who’ve been ignored, “On average they went on to be in 6.9 more episodes and get 1.5 confessionals/episode”.

Julia, who went on Survivor last summer before starting medical school, called Survivor and Jeff Probst out on what’s happening in these three tweets:

Survivor does have a history of ignoring contestants, especially those who eventually exit the game and aren’t central to the game play. (Last spring’s Survivor: Ghost Island ignored most of its cast for most of the season.) Then again, the editing also sometimes cuts out, or cuts around, people who are involved in pivotal moments.

As Julia says (“the blessing & the curse of winning”), part of this can be attributed to the fact that her tribe has won all three immunity challenges, so the show has spent less time Kama than with Manu.

The editing is also out of whack this season because the little attention that’s going to Kama is mostly focused on two people we already know, returning players Aubry and Joe.

But Julia points out that representation is important, and to only cast two black people—10 percent of the cast—and with one of them, it’s focused almost entirely on a stereotype, even allowing viewers to blame him for that.

And ultimately, the producers and editors make conscious, clear choices about who and what to focus on.

There have been 129 minutes and 24 seconds of Survivor: Edge of Extinction so far, and Jeff Probst and his team have given zero of those 7,740 seconds to a one-on-one interview with Julia.

Meanwhile, the show spent several minutes on Ron discovering and reading his “Advantage Menu”—even though it became useless as of the third Tribal Council, and had no effect on the game at all.

Ignoring Julia seems particularly egregious considering how much attention the show has paid to its one other black cast member, Keith, and focused almost entirely on his inability to swim—a stereotype that is rooted in racism and segregation, and a stereotype that is causing kids to die.

Survivor addressed none of this; Jeff Probst just screamed about Keith’s swimming during challenges and let other contestants (and viewers) criticize Keith for his deficiencies. For the record, it’s pretty difficult to make up for a lifetime of not swimming in the tiny amount of time that contestants have to prepare for their season, which two Survivor alumni pointed out.

“Kind of awkward that Davie uses his finale moment to give an inspiring speech about wanting more black people to watch #Survivor… and CBS follows that up by casting a kid who can’t swim and giving no confessionals to the only other African American on the season.”

While Survivor has started to wrestle with its sexism on screen—though not with its host’s sexism—it also has a persistent, mostly unacknowledged problems with race, too, such as the way people of color are disproportionately targeted early in the game, and staying within narrow archetypes.

Casting is only the first step. As Julia points out above, it’s disappointing that it hasn’t bothered to show us anything about her. Nothing at all!

In the meantime, if you want to learn more about Julia, visit her web site, and read her interview with Penn State Hazelton for more about how and why she applied for Survivor,

You can also read her Survivor bio, and watch her interview with ET Canada’s Arisa Cox, who’s the host of BBCAN: