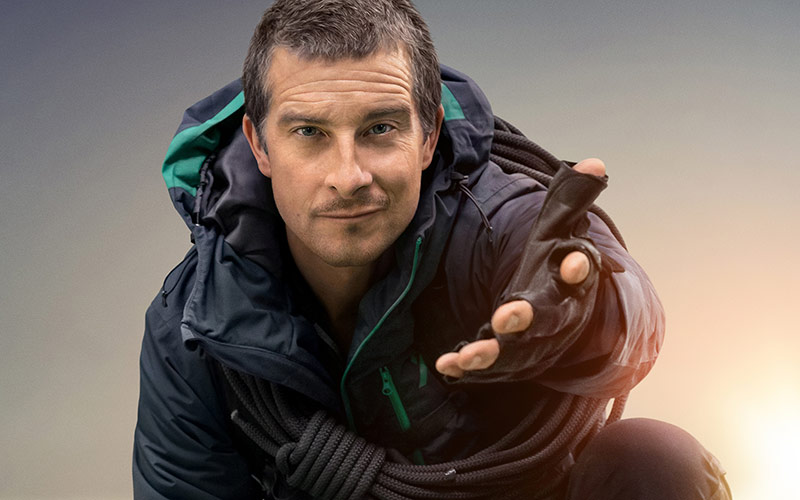 Bear Grylls will star in You vs. Wild, an interactive Netflix show.

Netflix has announced its next attempt at interactive television, and it’s called You vs. Wild, and basically lets you tell Bear Grylls what to do as he goes on one of his very Bear-y adventures.

The eight-episode series premieres April 10, and Netflix says “[e]ach episode features an interactive experience with multiple choices, where a user may direct the course of the story.”

Netflix isn’t calling it reality TV or unscripted TV (though the publicist assigned to the show works on their documentary and reality shows), but in his press release quote, Bear Grylls refers to it as a “first-of-its-kind live-action interactive series.”

He also says, “The stakes are high in this one!”

But are they? Bear Grylls pre-taped a bunch of survival scenes, and you choose which one to watch. There are literally no stakes because you know both options exist, and that he filmed both, which means he’s acting in each one.

And that’s fine—for a fictional film. Do we want to watch Bear Grylls do two different things, especially if they involve pretending?

In clips released by Netflix, Bear is talking directly to the camera, and giving options like “walk” or “crawl.” It seems very simplistic, and at least based on these early promos, like the opposite of Black Mirror: Bandersnatch, which had five official potential conclusions, but 1 trillion different possible paths for viewers to take.

Will You vs. Wild be that complex? Also, is interactivity a good fit for reality TV? Hybrid fiction-reality shows can be successful (ABC’s The Quest is still the best example, I think), but the combination of interactivity and an unscripted format/star just seems very weird.

That’s especially true since Bear’s show Man vs. Wild had issues with its veracity and its honesty with audiences, and whose show Running Wild—which just moved to NatGeo—purports to be reality but is also produced and staged.

To get a feel for what You vs Wild will be like, Netflix released a teaser trailer that has a few outcomes. Watch this video, and there will be two options at the end, each of which will start a new video: