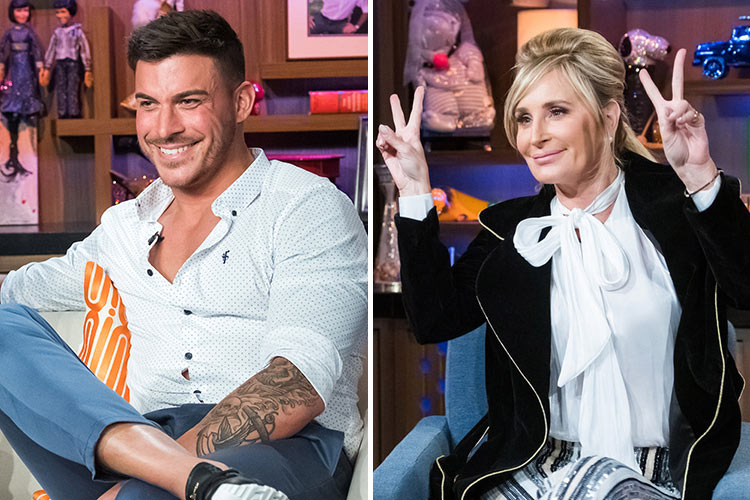 reality blurred began almost 19 years ago as a link blog: with me scouring the web for any reality TV-related stories I could find, and then linking to them with summary and commentary.

I drifted away from that, especially as more and more of the web became accessible and distributed in other ways, like on social media. But with the deluge of content online, I think there’s a now a need for that kind of curation again: links chosen by a human, not an algorithm. That’s what I endeavor to do with my coverage of reality TV in general, so why not with links, too?

Of course, I’ve definitely done many round-up link posts. My intent with those was to be comprehensive, to not miss any important stories in the world of reality TV. (For an example, see “49 stories…”) But I also don’t think that’s very useful, because it’s more overwhelming than anything else, and some of your feedback at the end of the year confirmed that.

So, in an attempt to find a happy medium, here’s a more hand-crafted, artisanal (!) list: stories I came across and enjoyed, briefly summarized.

As I find these, I’ll share them first in my weekly newsletter, Reality in Focus, which I write and send most every Friday morning. (If you haven’t joined yet, subscribe now! It’s free, of course.)

Periodically—once a month? more frequently?—I’ll post them in a story, with the goal of sharing great journalism, insightful commentary, and other great content related to reality TV and unscripted entertainment.

And a special thanks to Teg Allen and Judy Hume for joining as reality blurred‘s newest patrons. (If you want to support independent publishing, here are the many ways you can help.)

Monet X Change was fine with the double win on Drag Race All Stars, because, she said, that “gives us both the resources for the things we really want to do.” (Vanity Fair)

A must-read profile of must-watch Sonja Morgan from The Real Housewives of New York City. (The Daily Beast)

A similarly captivating profile of Jax from Vanderpump Rules. (Vulture)

The headline summarizes this story the best: “48 Hours with the cast of Vanderpump Rules” (Vogue)

Queer Eye‘s Antoni Porowski on his new cookbook, his new fast-casual restaurant, and how criticism of his guac affected his work. (Fast Company)

This is a wonderful story about people trying to expose psychic frauds. Can they please target the reality TV psychics and mediums next? (New York Times)

How much some cities have paid—tens or even hundreds of thousands of dollars!—to be featured on The Bachelor. (Vulture)

“How the crack creative team behind the late Anthony Bourdain’s TV show helped turn him into a star, and then came together to finish his story after his death” (The Ringer)

In some episodes, HGTV’s House Hunters has dropped its narrator, Andromeda Dunker, who was surprised by the change. (BuzzFeed News)

A profile of The Great British Bake-Off illustrator Tom Hovey, an artist who calls himself “food illustrator to the stars”. (Vulture)

The death of a Love Island contestant is a reminder that reality TV industry still doesn’t adequately support the people that generate its profits. (Vice)

Netflix’s unscripted shows increasingly focus on violence, especially against women, and that can affect those of us who are just watching. (Washington Post)

A comprehensive profile of Mark Burnett that did not have Mark Burnett’s participation, but captures fully Burnett’s role in Donald Trump’s image and success. (The New Yorker)