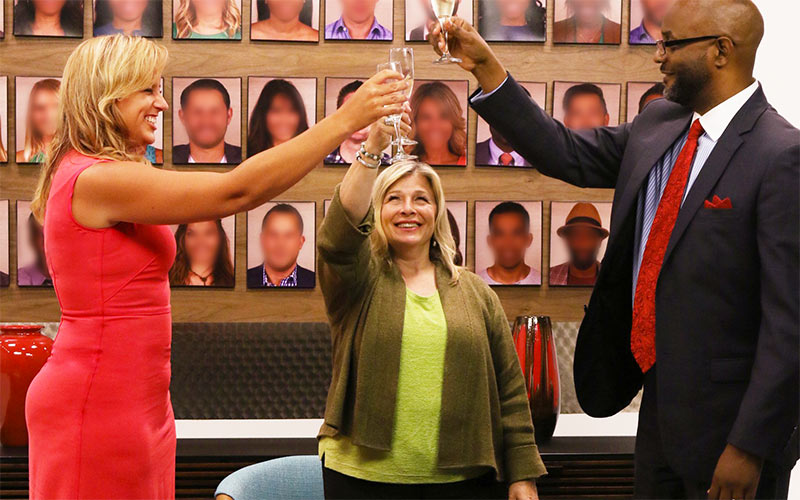 I was talking with my girlfriend about Married at First Sight and she got all upset. I want to do it for better pay and TV recognition. She thinks that this all real. I think that at the end of the show you don’t have to stay married, it is all for TV ratings. Is this true? —Shawn

It’s true, Shawn, that the people on Married at First Sight do not have to stay married at the end of the show.

But they are 100 percent legally married, and they must seek legal divorces if they want to end the relationship that was created for them on a reality television show.

I think there are probably better ways to make easy money, including the lottery, and better ways to get recognition, such as being seated behind the president at a rally and making faces.

To drop the snark for a moment: Married at First Sight participants are paid by the production for their time.

There was a persistent rumor that participants made $100,000 for their time, which seems like a lot of money for several months of work, but that is not true.

While I have not been able to confirm the actual amount of the stipend, I was told by someone who works for the production company that it’s “way less than a used, used car with a broken engine,” while the executive producer of the Lifetime series referred to it as a “nothing stipend” in an interview.

You should read that entire interview if you want more insight into how the show is cast, and you can also read what it’s like to actually film it, as told by the series’ showrunner: Married at First Sight’s showrunner on its risks, rewards, and reaction.

As you’ll see in those stories, the cast members live their real lives for several months, working at their jobs and usually moving in with their new, completely legal, completely real spouse. Camera crews check in with them frequently.

If this is something you truly want to explore, Married at First Sight season 9 is now casting for people who “appear between 26 and 40” years old and live in Charlotte, North Carolina. (Because the show is trying to create actual successful relationships, they cast people who live in the same place.)

The application does say “When was your last relationship? How long did that relationship last?”, so it sounds like you can’t be in a relationship while applying to be legally married to a stranger.

It’s worth wondering if marrying a stranger is the right path for you. This season, one relationship is so dysfunctional that one of the matchmaking experts, Dr. Pepper Schwartz, said this on the series’ after show, according to Newsweek:

“What really bothers me and what I really have to see a change in, is that the Kate I met when going through the interview process was a bubbly, happy, open person. And Kate has become sort of—over these days—less of the Kate I met.”

“To me, a marriage should make you happy! It should bring out the best in you and make you feel better about yourself! And that hasn’t been happening, so I find that very discouraging.”

I’m honestly not sure if your question is serious or not, but if it is, and if this hasn’t occurred to you, I really do think it might be discouraging to have your partner talk about marrying someone else for fame and money.

I’m not a counselor, and I don’t know your relationship, but if my husband told me he wanted to marry someone else on television, that would be, at the very least, a red flag.