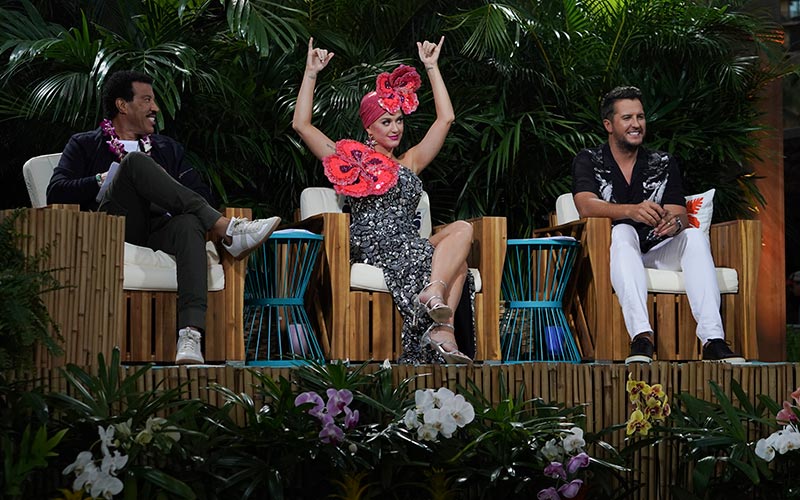 There’s nothing like a “so-and-so would like to recall this message” e-mail to get me excited about reading the previous message, which I might have previously ignored or even deleted. What did they accidentally send? What scandalous information do they want to hide?!

So while I’m completely disengaged from this season of American Idol, but when ABC sent an “URGENT” message yesterday afternoon saying “The release regarding the Top 20 American Idol contestants was sent out in error,” I had to find the original immediately.

The press release was meant to be sent out at the conclusion of Sunday’s three-hour “Final Judgement” episode. That episode was filmed on location in Disney product placement (the Disney resort Aulani, where people who don’t actually want to go to Hawaii go when they’re on Oahu).

The new message, which was sent 12 minutes later, told members of the media that the original message was “embargoed until 11 p.m. EST/8 p.m. PDT on Sunday, March 31.” Of course, an agreement to embargo information—to not release it until a certain date and/or time—is usually something that precedes the actual information.

And of course, sending the release early was simply an accident; it was designed to be sent Sunday night, after the top 20 were revealed, and previewing Monday’s episode, which is titled “Top 20 Solos,” and has the “finalists sing their hearts out in front of a live audience at Los Angeles’ famed venue The Wiltern.”

But here’s a serious question: Does anyone care about American Idol spoilers any more? What would have happened if, in those 12 minutes, media outlets had published the list of finalists? Could that have helped the show?

Most of American Idol’s top 20 was spoiled in January

Also, the list has been online for quite some time now: The Idol Pad posted a photo of the top 20 on Jan. 30, almost two months ago.

That list is nearly identical to ABC’s, with the exception that several contestants’ names are different; in some cases, it seems that they’ve chosen stage names, such as simplified spelling

More than a month ago, The Idol Pad spoiled the top 14, and the site has also posted the celebrity duet pairings.

These performances were in front of a live audience, as ABC’s description of Monday’s episode says, so it’s easy to figure out how they were leaked. It’s not a closed set like the Hollywood rounds.

Plus, when 20 people pose on a beach at a Disney resort, with Ryan Seacrest and a camera operator in front of them, it’s pretty much public information.

The top 20 finalists, as announced by ABC in its press release and on Sunday’s episode, are:

The only difference between this list and The Idol Pad’s list is that some people are using stage names and/or different spellings—and that even confused me, as an earlier version of this story said that Cristina Contreras, who previously appeared on Fox’s The Four, was not in the final top 20. She is, but she’s using her stage name, Bumbly, for American Idol.

(As noted in the final paragraph, this story has been corrected to indicate that Cristina’s stage name is Bumbly.)