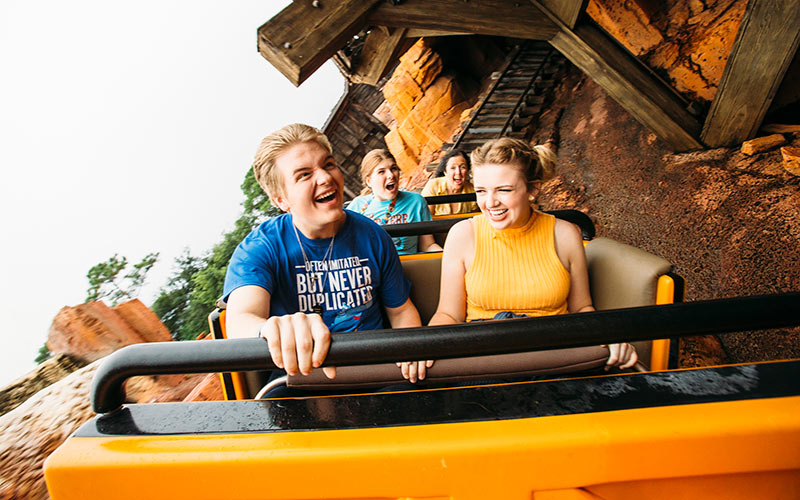 Happy Monday morning. I’m still a little tired from watching the Oscars telecast, which had some incredible winners and a few disappointments, but mostly managed to be an excellent 3.5 hour TV show. It looks like awards shows don’t need hosts after all, nor do they need filler content. Who knew?

Some of its entertainment was thanks to great performances by people from reality TV: American Idol’s Adam Lambert and Queen opened the show, while Voice coach and Idol alumnus Jennifer Hudson performed the song from the documentary RBG.

Speaking of The Voice, Jennifer Hudson cycles off as a coach, replaced by John Legend, as the show’s 16th season premieres tonight (NBC, Mondays and Tuesdays at 8).

American Idol is back, too (ABC, Sundays at 8) to see if it can repeat its surprising success from last year’s ABC reboot. I’m hopeful, especially since it’s sticking with the same relatively truncated scheduled that it had last year.

In other competition news, World of Dance returns (NBC, Tuesday at 9, then Sundays at 8) following its success last summer. But now, it’ll be up against American Idol, not following America’s Got Talent.

Also returning: RuPaul’s Drag Race, which is moving to a new timeslot yet again (VH1, Thursdays at 9) for season 11. It will have 90-minute episodes followed by 30-minute episodes of Untucked. Here’s the new cast.

Other shows premiering this week: the Ice-T hosted true crime show In Ice Cold Blood (Oxygen, Mondays at 8) and Haunted Hospitals (Travel Channel, Mondays at 10), which is self-explanatory.

The Oscar- and BAFTA-winning documentary Free Solo will air on TV this weekend. Directed by Elizabeth Chai Vasarhelyi and Jimmy Chin, it profiles climber Alex Honnold and follows his rope-free ascent up the side of El Capitan.

Green Book won the Oscar for best picture last night, but the real story of the “Green Book” will be told in The Green Book: Guide to Freedom (Smithsonian, Monday, Feb. 25, at 8). The guide “allowed African Americans to safely tour the country during a time of severe institutionalized racism,” when people were targeted simply for “traveling while black,” the Smithsonian Channel said.

In a four-hour documentary, two men tell their stories of becoming friends with, and then being abused by, Michael Jackson, starting when they were ages 7 and 10. One of them, Wade Robson, might be familiar, since he was a regular choreographer on So You Think You Can Dance and won two Emmys for his work there.

Finding Neverland will air over two nights (HBO, March 3 and 4, at 8). Michael Jackson’s estate is suing HBO to try to stop the broadcast.

A&E’s Biography returns with a six-hour installment that looks at the occupant of The White House and his family. Biography: The Trump Dynasty (A&E, Monday to Wednesday, Feb. 25 to 27, 9 to 11 p.m.) “spans three generations of the Trump family saga and offers an in-depth exploration of the influences that shaped Donald Trump’s personality, celebrity, and ambition in business and politics,” according to A&E.

People in prison co-directed It’s a Hard Truth Ain’t It (HBO, Monday, Feb. 25, at 10), in which “men study documentary filmmaking as a vehicle to explore their memories from childhood to incarceration,” and “[alternate] roles in front of and behind the camera.”

And finally, singer-songerwriter Holly Near, who PBS says “provided an inspiring soundtrack to nearly a half-century of global and local struggles for equality and change,” is profiled on American Masters’ Holly Near: Singing For Our Lives (PBS, Friday, March 1, at 9, and online starting March 2).