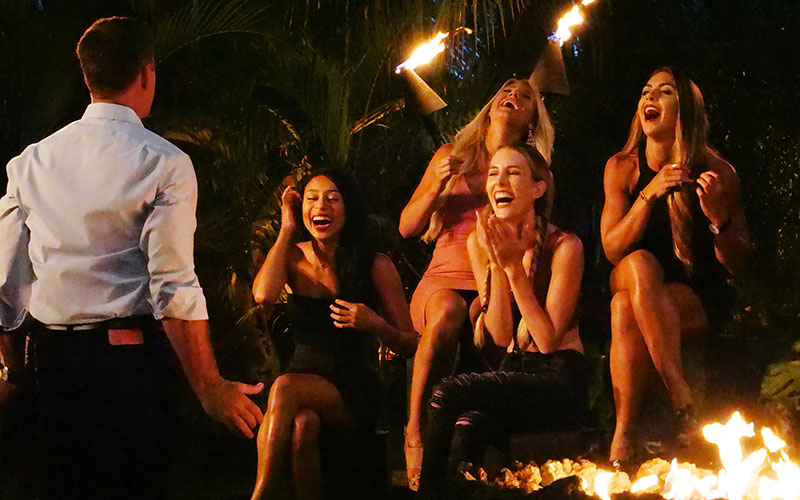 USA Network has renewed its revival of Temptation Island for a second season—which will be the fifth season of the show overall.

Mark L. Walberg is returning to host the 12 new episodes—that’s up from 10 for season one—and season two will also include a reunion. While season two will film in June and July, there’s no information yet about when it might air.

That’s counter to the usual trend of a show losing viewers over its season.

I’ve been surprised by how raw and intense the show gets—as you might have seen on TV—and how relatively hands-off the show is.

While it’s a ridiculously absurd experiment, splitting up for a month and only seeing your significant other through out-of-context clips of them interacting with hot people, that formula makes for compelling and dramatic television.

And I am so curious to see what happens. Host Mark L. Walberg told me that of the “three possibilities” and outcomes (“people can leave together, people can leave apart, or they can leave with someone new”), “all of those things happen.”

The show is actively looking for both couples and singles, and the casting application says participants “will be compensated for your time.”

People who want to test their relationships by spending a month apart dating other people cannot be engaged or married, and have to be at least 21.

For the people who’ll be in the dating pool, the singles casting application says the show is:

“Seeking attractive, outgoing, and successful men and women to participate in a unique dating experience! If selected, you will be treated to an all-expense-paid luxurious tropical vacation while going on dates with amazing ‘catches’ who are questioning their current relationship and taking a break from their partner to see if there might be a better match with someone else.”