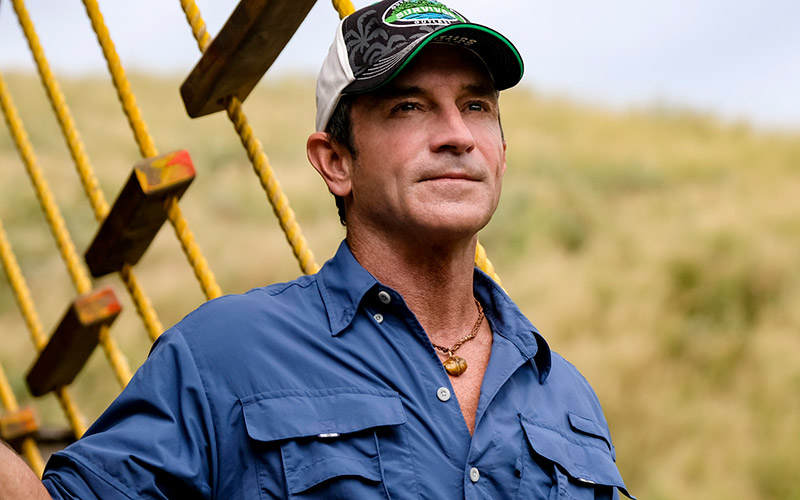 Considering the show that followed Survivor on CBS, The World’s Best, lost more than half of Survivor’s viewers, it was essentially a waste of space. (Of course, we knew that from The World’s Best’s sad premiere after the Super Bowl.)

So yes, the premiere definitely should have been longer. But I’d say episodes should only be as long as they need to be.

At the very least, though, episodes should be long enough to include the title sequence. It’s gorgeous! It shouldn’t be relegated to YouTube! Watching this made me miss it so much:

CBS has an extra timeslot that it could give to Survivor

So let’s break down the options. This spring, CBS has given the timeslot following Survivor to two new reality TV shows.

If Million Dollar Mile does as poorly—or even if it just doesn’t do as well as Survivor—there’s a strong argument to be made to just hand over that entire 9 p.m. hour to Survivor.

Why not air longer episodes of a proven hit instead of unproven and/or creatively awful television?

The most obvious reason is that there may just not be two hours of content. And longer, more drawn-out episodes could turn off some fans, and cause ratings to sag.

There are definitely episodes that need more time, starting with the premiere.

One hour just is not enough to introduce 14 new people and remind us about who the four new people are who’ve been brought back on a season that’s coincidentally not going to actually send anyone home so one of them can finally win $1 million this time.

I really do want attention on every contestant—even those who may not go far, or who don’t do amazing things. That’s okay, because that’s reality. It’d be so much better to see what life was like for a dud of a contestant than to give myopic focus to the same few people, like last spring’s Survivor Ghost Island did.

For me, 90 minutes is perfect for a premiere. Two-hour premieres sometimes feel just right, but they can also be bloated or drag, especially when there’s just one challenge.

Besides the aforementioned title sequence and theme song—WHICH NEED TO COME BACK PLEASE JEFF PLEASE—Survivor often has deleted scenes with critical or useful information that are just kicked over to CBS All Access or YouTube. Those could often just be in the actual episode, if there was more time.

I don’t want two-hour episodes if they’re just two one-hour episodes back to back, because that’s just a cheat and fast-forwarding through a 14-episode season.

Also, if episodes are going to be longer than one hour, they must have two challenges. Currently, early episodes combine reward and immunity challenges to leave more time for time spent with the tribes at their beaches (Survivor calls those its “reality” segments).

So could 90 minutes be a sweet spot that could work for most episodes, fitting all of that in without ignoring people or elements of the game?

RuPaul’s Drag Race moved to 90-minute episodes pretty successfully, although Project Runway definitely struggled to fill 90 minutes. One of the many things I liked better about Project Runway Junior was that it returned to a one-hour format, which was exactly enough time.

What’d be ideal is for Survivor to be exactly the length of time it needs to tell that week’s story: one hour some weeks, 90 or even 120 minutes other weeks.

But unless CBS is going to get crazy experimental, I cannot imagine the show changing its length like that week to week. Maybe it could do that once or twice a season, when a scripted show takes a week off, which would open up room for a longer merge episode, perhaps.

So it seems like two hours would be the most logical and easiest logistically (at least if this current structure—pairing Survivor with another reality show—holds, and continues into the fall).

Yet it’s really hard to see how every single episode would justify two full hours.

It’s easy to say “more, please!”—but what if they were dull? What if the episodes became self-indulgent? Challenges can last for 30 minutes in real life, but they’re exciting on TV because they’ve been edited and condensed.

So my final answer is:

Jeff Probst’s question prompted many ideas and suggestions, including from former Survivor cast members. As of 10 p.m. ET on Thursday, there are 3,500 comments on his tweet.

Here are a few of those responses—including from two Survivor winners.