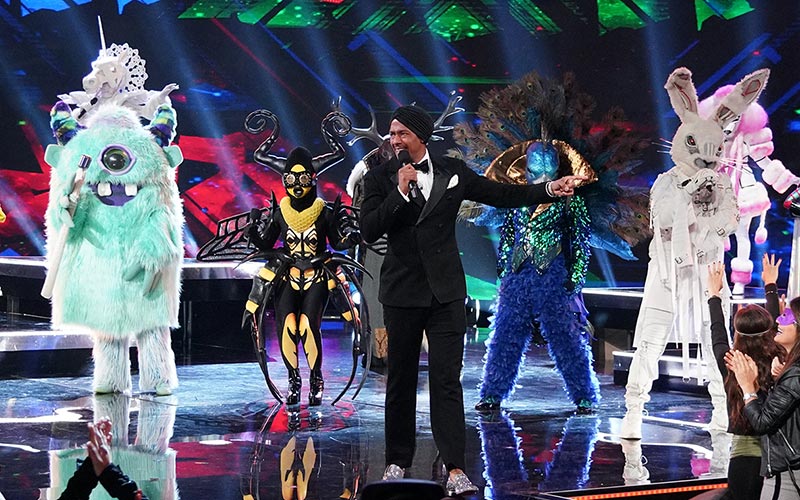 The finale of The Masked Singer didn’t have any major surprises: the final three, Bee, Monster, and Peacock, were exactly who most everyone thought they were.

But it was surprising because the finale was still an entertaining and efficient hour. A+ to Fox for keeping it moving and resisting the urge to over-capitalize on the show’s success and ratings.

Okay, sure, the finale did begin with a one-hour recap: a waste of time, really, but one that was easily skipped. I appreciate that the filler wasn’t wedged in between new content, as so often happens on two-hour finales.

The actual episode was efficient: three performances, followed by three unmaskings which were still fun to watch despite the lack of surprise for each of the reveals.

Interestingly, the winner was announced 15 minutes before the end—because the win is less important than the unmasking, after all.

Even these terrible judges guessed two out of three finalists

I still stand by my suggestion that the ideal format for The Masked Singer show is a live, one- or two-night event, so the flurry of clues and guessing is limited and doesn’t give a chance for consensus to settle in. (And it also makes it less likely that there will be leaks, which will be a lot more challenging for season two.)

Plus, if this panel of judges can land on the right people, the clues have become too numerous and/or too easy.

But since Fox has had success with this particular format, I don’t expect they’ll deviate from it for season two.

The judges made sure to give us some final clues about their uselessness, guessing Neil Patrick Harris and Weird Al Yankovic for the Peacock, and Tiger Woods for The Monster.

But ultimately at least one of them correctly identified both the Bee and Peacock.

No one, however, guessed the identity of Monster, though the Internet settled on T-Pain. And Nick Cannon said he knew from the first moment he heard the Monster’s voice, and wrote down his guess in advance to prove that he was right.

Jenny McCarthy actually guessed Michael Vick for the Monster. Vaccinate yourselves and your children and don’t be this dumb, please.

Bee, Monster, and Peacock explain why they did The Masked Singer

The Bee, Gladys Knight, came in third place, which surprised me, because her voice was just consistently incredible.

The Peacock, Donny Osmond, came in second place, and Monster, who was T-Pain, won the show. He takes home a trophy with a mask on it—and probably some new fans, though the other singers probably got that, too.

Each of the three finalists added some weight to this batshit crazy show by explaining what they got out of hiding behind these hilarious/terrifying/gorgeous costumes. (Who designed them? The answer is in this story: Answers to all your Masked Singer questions.)

Donny Osmond, said, “I’ve been in show business a long time, but this is probably the most fun thing I’ve ever done.”

Gladys Knight said, “We should always strive to do different kinds of things, because they elevate us, eventually.”

And before he was unmasked, T-Pain said that he did The Masked Singer:

“…to be able to do what I love and to do it freely. I always wanted to perform without the fear of being judged. It’s really hard to come back in the industry that I’m in. Since I first hit the scene, I’ve been in dire need of a second chance, and I think you guys gave it to me with The Masked Singer.”

I’m curious to see if he’ll now produce a single or an album or do more with his real voice, because it’s quite impressive.

Add those three stories to some of the previous reasons we heard for why these celebrities chose to be on The Masked Singer—like Ricki Lake’s moving story about how her time behind a mask helped her process her ex-husband’s death—and there was clearly a little bit more to this show than just the costumes and inane judging. I’m looking forward to season two.