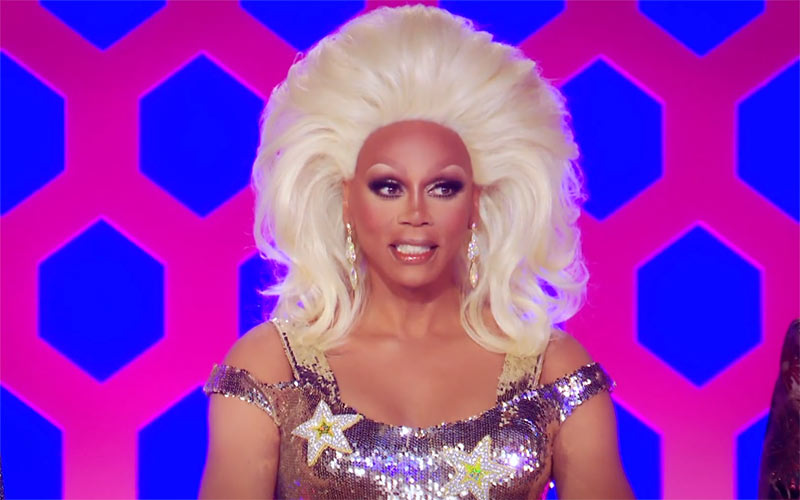 RuPaul, from a moment in the RuPaul's Drag Race All Stars 4 finale.

“Lord, please let there not be another twist. I can’t. I can’t. I’m broken,” said Monet X Change, about an hour in TV time before the producers of RuPaul’s Drag Race All Stars whiffed on the ending and made her share the crown with Trinity the Tuck.

Drag Race is a competition I’ve grown to appreciate, for the way it allows people to showcase their talent, and its consistent emphasis on accepting oneself and other people. But I also just can’t anymore with its feeble attempts at twists.

The show itself has some inspired challenges—the parody of judge shows and was a nice new addition, and I hope it returns—but oh, does this production fail miserably when it comes to the construction of its game elements.

The finale is the most embarrassing example of the inept twists that are on par with some of Big Brother‘s absurd game elements.

Both are shows that have solid formats that have worked well, but in an effort to “keep things fresh” or “expect the unexpected” 🤮, they throw sticks into the spokes of a bike and pretend those are well-conceived “twists.”

Both shows have the scars to show that’s not the case, and Drag Race has a big bloody wound with its All Stars 4 finale.

An ending created in post-production

Was she writing that out of bitterness, or out of ignorance?

My guess is the latter. As of Saturday morning at 11 a.m., neither she nor Monet have tweeted or posted anything about a tie, but instead their posts focus on them as winners (which they are!):

Based on the way the reveal was edited, it seems like the ending was completely created in post-production, and so they may have just learned of it last night when we did.

We didn’t actually see RuPaul say, “For the first time in All Stars herstory, you are both winners baby. We have a tie.”

And RuPaul saying “You each win $100,000” was also added in post, but at completely different audio levels, suggesting it was recorded at a different time, perhaps to answer what everyone’s first question would be.

It’s nice that the show/VH1 made good on the prize for both winners, but why bother with that at all?

The queens—and fans—are used to the show filming multiple endings at the live finales, with each queen pretending she won, in order to keep the actual results from leaking out before broadcast. (I’ve long been curious about what this is like, having to fake enthusiasm in that moment, knowing that it may be real or it may not be.)

Even the two winners’ press release statements seem to have been written/spoken as if the queens thought they were the sole winners:

Monet: “Ah! The first chocolate ALL STAR. Soak this up, America!”

Trinity: “Wow! I am so excited and very grateful.”

Doing that theoretically allows the production and network to adjust the ending right up until air time. And that’s yet another way the production hides its potential meddling in what is supposed to be a talent competition.

Based on the footage that aired, it seems to me that they filmed two separate winner reveals, as usual, and then created this third option later.

Did they not want to choose Trinity because that’d make four white All Stars in a row? Is this just a response to previous criticism that there should have been a tie? Were they just trying to make everyone happy?

“When faced with the difficult decision of which queen deserved to win, the words of the great philosopher, Michelle Visage, popped into my head: It takes two to make a thing go right. It takes two to make it out of sight. Not only are Monét X Change and Trinity The Tuck the best of the best, together they can spread their charisma, uniqueness, nerve and talent wider, faster and further than ever before. Long Live Drag Race!”

But if it was truly a tie right there on the stage, why wouldn’t Ru have said in the moment?

Also, this seems to go against the general spirit of a competition—particularly of a “best of the best” All Stars competition. Of course they’re all deserving; they’re all-stars, baby!

Some people surfaced old tweets from Ru, in which she repeatedly argues against the “everybody wins” approach:

All Stars 4 was far, far better of a season than All Stars 3, and my anxiety about its return so soon after season three disappeared pretty quickly. (Something else that disappeared: Ru’s “screaming at the top of her lungs” meltdown that Michelle Visage said happened on set and left the queens “shitting” themselves.)

But piling on the twists is not working.

It’s time for VH1 and World of Wonder to step up and invest more in the show, perhaps by hiring producers with expertise in game design, or by just going back to basics.

During the finale, Trinity said, “I guarantee you: it’s anyone’s game.” She was right. But it should be a better game.