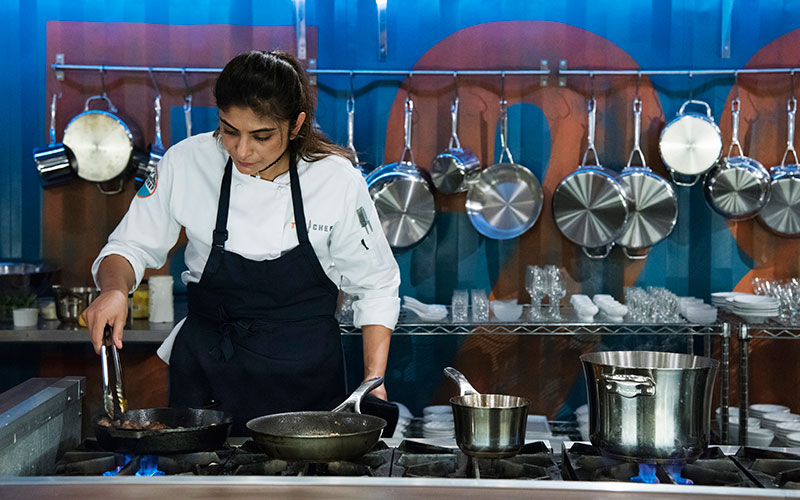 Fatima Ali, the chef who won Top Chef Colorado‘s fan-favorite award in 2017, has died from cancer. She was 29.

Two weeks ago today, Fatima wrote this on Instagram:

“I know it’s been ages since I posted and most may have figured out why. I’m sick and unfortunately I’m getting sicker. Right now all I need are prayers; prayers that are simple. I hope, because a wish is putting on too much responsibility on the other, that you will somehow find forgiveness in your big heart for whenever I must have hurt you. I thank you a million times over for when you have given me joy. I’ll try to keep everyone updated the best that I possibly can.”

Bravo said in a statement:

“Bravo’s Top Chef family, we are deeply saddened to share the news that Fatima Ali has lost her courageous battle with cancer. Our thoughts are with her family and friends at this time. People not only fell in love with her cooking, but fell in love with her personality and heart. We hope that the beautiful memories shared with her will provide comfort to everyone who knew and loved her.”

Bravo’s obituary for her notes that Top Chef was not her only reality television competition experience: Fatima was “the first Pakistani woman to win Chopped.”

Fatima learned she had Ewing’s Sarcoma, a bone cancer, after feeling pain in her shoulder and getting an MRI. (Ewing’s Sarcoma usually affects white male children; Fatima called it “little white boy cancer” on Ellen.)

She underwent treatment while Top Chef was still airing. After chemotherapy early last year, she was cancer-free, but the cancer returned later in 2018. Her doctor told her she had one year to live, but she died after about three months.

Top Chef season 15 contestant and chef Tonya Holland posted a picture of her with Fatima with a caption that said,

“I had so many laughs with this beautiful young brown woman! Despite her youth, there was an innate knowing, a maturity, worldliness and sophistication that I deeply appreciated. She was compassionate and empathetic. These qualities made her ambition and drive so authentic. We were soul sisters. I will miss you dearly @cheffati Do your work on the other side! Much love to your family! We will all carry on your legacy.”

“It’s with a heavy heart we say goodbye to Fatima Ali today, as she has lost her battle with cancer. I will miss you Fati, and you will be in my heart forever. I’ll always remember the great times we had, especially our interview during the tailgating episode discussing football, stadiums, and Taylor Swift.”