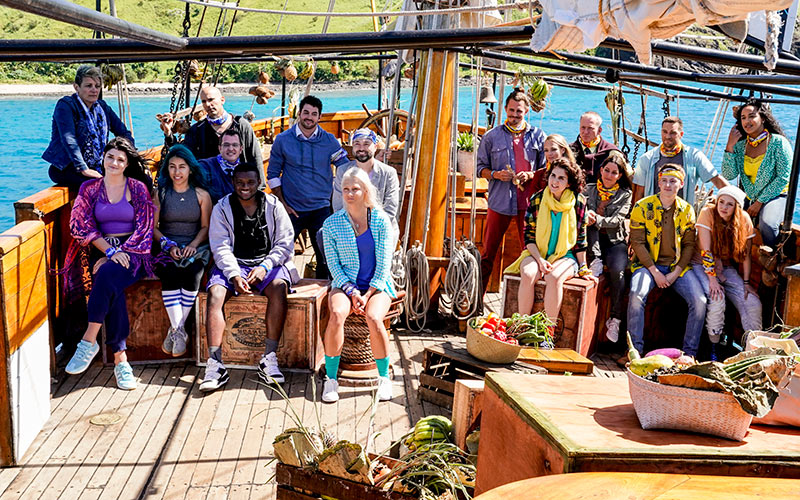 The full cast of Survivor season 38, aka Edge of Extinction. (Photo by) Robert Voets/CBS Entertainment)

CBS has officially announced the cast of most of Survivor: Edge of Extinction, which was identified last summer, and which includes four returnees and a ludicrous new twist.

In the press release, Jeff Probst explains the twist like this:

“Survivor continues to reinvent itself with new energy, and this season we’ve added a new secret game-changing twist. After being voted out, players will be faced with a decision to either go home or go to the Edge of Extinction, where they will be pushed further than ever before for a chance to get back in the game.

In this video, Probst says that this is all “a secret in the beginning; nobody knows.” Once they have been voted out, though, players will have the option to go home or “grab a torch, get in a boat.”

Probst said the opportunities to get back in the game “will be the hardest they’ve ever had to work for anything. And the question we’re exploring is, ‘How far are you willing to go in this game?”

The Survivor Edge of Extinction cast

In the press release, CBS said that the “returning players will join the 14 castaways who will be competing for the first time.”

The cast announcement doesn’t suggest that the returnees will have any kind of formal role—beyond just having an exceptional advantage in that they’ve had experience in the game and with the production.

In the video, Probst says they’re there “to set the players up early to remind them how hard it is to win.”