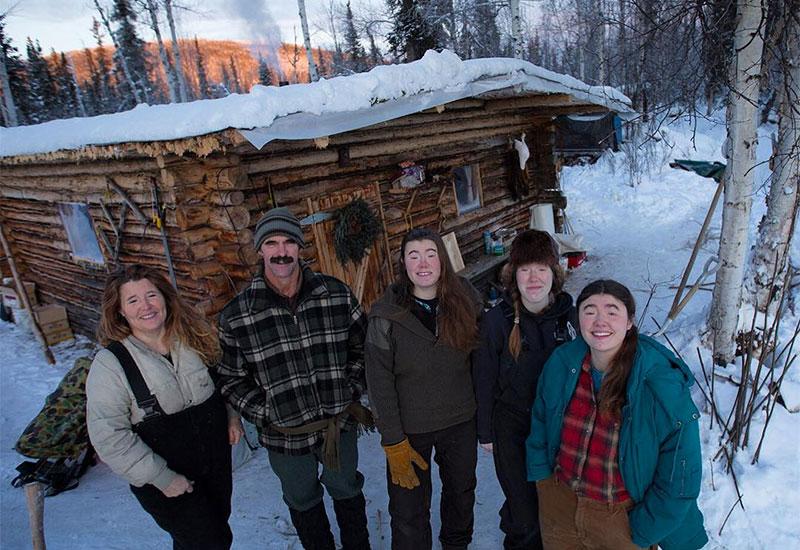 Any insight into why the Lewis family isn’t returning [to The Last Alaskans]? Cool guy with neat family. Those girls seemed like such good TV role models. —Joe

Ray and Cindy Lewis, and their daughters Molly, Emma, and Sarah, were on the show’s first season, which aired on Animal Planet, and on its second season, which shifted the series to the Discovery Channel.

The season-three announcement, however, didn’t mention them, and they weren’t in the show. They didn’t return for season four, which is now airing (and previously covered the death of another cast member, Bob Harte—though his legacy lingers, as you can see in this clip from the Jan. 6 episode “Finding New Trails”).

While there’s a lot of curiosity about the Lewis family—judging by searches online and conversation on social media—their absence hasn’t ever been addressed on television.

So, I asked the network, and now we have a definitive answer as to why the Lewis family is no longer part of The Last Alaskans cast, despite being beloved by viewers and the show’s production company.

A Discovery Channel publicist told me this:

“Producers and the network love the Lewis family.

As viewers saw, one of Ray’s passions became the houseboat that he built and we featured in [season two].

As the family spent increasing amounts of time on the houseboat, they spent less time in the refuge.

Since the show is focused on life in the refuge, unfortunately, it was hard to feature the Lewis family and stay true to the show.”

In other words, real life took the Lewis family away from the show’s focus: the people who spend their lives in the few remaining cabins that are located within the Arctic National Wildlife Refuge.

And so The Last Alaskans moved on without them.

Where The Lewis family is now

What’s happening with the family now that they’re not on television?

Ray and Cindy are living on their houseboat.

Sarah, Ray and Cindy’s youngest daughter, is still living with them on the houseboat, according to the Discovery Channel.

Molly, the oldest Lewis kid, is working as a wilderness guide in Oregon.

Emma is actually connected to a current Last Alaskans cast member, Charlie Jagow. According to a Discovery Channel publicist, she is:

That sounds like a reality show to me: A spin-off focusing on Emma and Joanna and their sled dog racing.