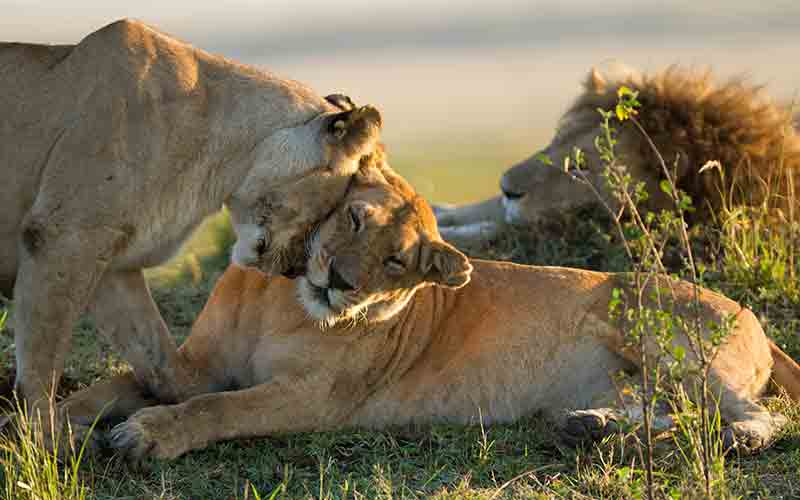 A few minutes into BBC America’s latest version of Planet Earth, Dynasties, my attention was drifting away. The footage of a lion pride in the Masai Mara was intimate but not visually striking, and nothing compared to what previous Planet Earth series have delivered. It was slow; I was bored.

But by the end of the first 75-minute episode, which is titled simply “Lion,” Dynasties sank its claws into me and clamped down on my neck, completely capturing my attention and holding me still.

Its predecessors—including Planet Earth, Blue Planet, and Frozen Planet—all hop around, showing us some new creature or environment for a few minutes, and then flitting along to the next dazzling image.

Here, filmmakers stay with one group of animals for the entire episode. For “Lion,” they spent more than a year filming the same family of big cats, and following their lives.

Constructing narratives around the natural world and anthropomorphizing is nothing new for nature documentaries, BBC or otherwise, but Dynasties takes that so far over the top you can’t even see Blue Planet any more.

That starts with its title, which was originally just “Dynasty,” stealing its name from the soapiest of dramas.

Marketing the show this way has prompted several media outlets to compare the series to Game of Thrones. It’s one thing to watch an actor pretend to throw a kid actor out a window (which is a thing that happened on Game of Thrones, spoiler alert) and another to watch a lion abandon a cub. The latter was far more emotional for me—and uncomfortably hard to watch.

But it’s fascinating to see what these animals do to survive and thrive, whether they’re fending off hyenas or being poisoned by ranchers trying to protect their cattle.

There’s a bit of insight in the narration, but Dynasties is far less concerned with facts than it is with what’s happening in the moment. There were some moments when I would have appreciated more answers to “Why?” as the story moved along, but it still kept me with it.

Behind the scenes footage adds to the Dynasties experience

While people (including me!) give reality TV crap for its lack of authenticity, wildlife documentaries fake everything from sounds to habitats. Nature shows will cut together footage of, say, several different alligators and pretend it’s the same alligator. Others use foley artists to create animal noises.

So even though BBC has extensive guidelines that govern its filming of the natural world, it’s easy to be skeptical that the narratives might be drifting outside the lines of reality in the same way its sound design is.

What convinced me that the narratives in Dynasties were believable—and pushed me into you should watch this! territory—was the addition of 15 minutes of behind-the-scenes footage in the extended version (which BBC America aired in the show’s normal timeslot, Saturdays at 9).

In it, one BBC filmmaker talks about the process of identifying each individual lion, including by the patterns of their whisker spots, which indicates how much time and care went into actually following individual animals.

Another filmmaker is repeatedly emotionally moved by his encounters with the animals, and with what happens to them.

His reactions in the moment to events shown during 75-minute episode were similar to my own, and that suggests that they’ve done an excellent job of capturing reality. At the very least, they’ve captured the experience of watching the lions through a camera lens. (And of course, even this behind-the-scenes footage is edited, and serves a role in shaping what I thought about it.)

Besides lions in Kenya, the other four episodes will follow chimpanzees in Sengal, tigers in India, painted wolves in Zimbabwe, and penguins in Antarctica.

Sir David Attenborough hosts; there is none of this dubbing over his original narration by an American. They trust that we’ll understand that “Dinna-stees” is not an entirely different program from “Dynasties.”

But Dynasties definitely is a different program than what came before it. I loved the experience of being immersed in the life on one lion and her pride, even though a lot of it was heartbreaking.

In his narration, Attenborough calls these “the most intimate and intense stories of their kind ever told,” and that doesn’t feel like hyperbole.

I miss being visually dazzled, but fireworks don’t throw off the kind of heat and warmth that radiates from within Dynasties.