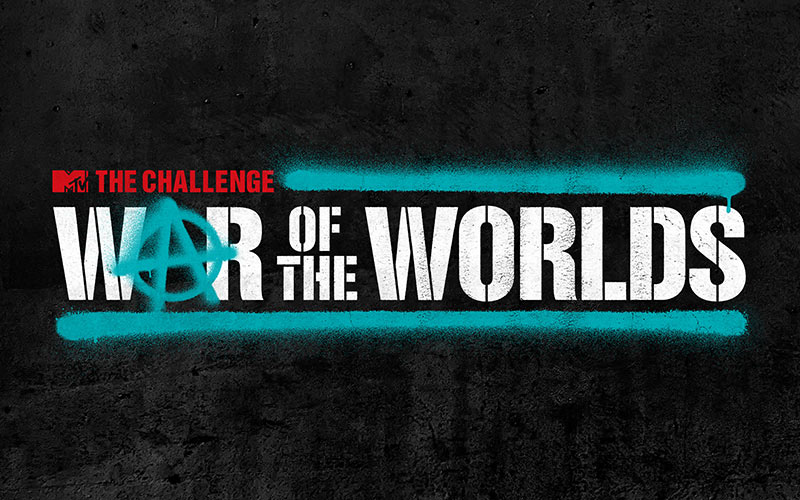 Season 33 is moving to a new night, and as I reported last fall, the show will include cast members from many different reality shows, including two Big Brother winners.

Instead of an “A” in “War,” the show’s logo uses a spray-painted version of the symbol for anarchy, the circle-A. I wonder if MTV is purposefully signaling that this season will explore the socio-political ramifications of anarchism and the idea that it can be a form of societal order, or if someone just thought it was a cool design, bro.

An MTV press release does not refer to anarchy, and describes the season this way:

“Thirty-four competitors from around the globe will battle their way through the most grueling, physical and mental challenges for their share of the $1 million prize. New rules will unfold, alliances will be rehashed and surprising twists will arise in the grittiest, most hardcore season ever.

The new seasons premieres Feb. 6, airing Wednesdays at 9. That’s a change from Tuesdays.

The Challenge: War of the Worlds cast

The cast of The Challenge season 33 is split between people who’ve previously been on the show (“veterans”, and new players (“prospects”).

There are still two fewer veterans than prospects, possibly because other people will join the show as a surprise.

Here’s the cast, via MTV, which identifies the returnees by the season of the Challenge they appeared on, even though some might still be best known for other shows, like Big Brother: