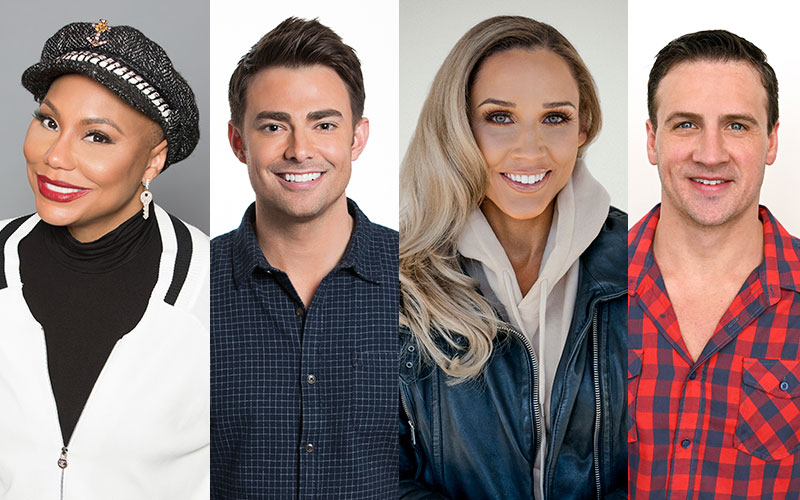 The 12 cast members span a range of industries and reality shows, from Dancing with the Stars to The Real Housewives. Last year’s cast was also heavy on former reality stars, but they turned out to be mostly outstanding competitors, and it was an excellent season.

The show premieres next Sunday night and runs for three weeks, following this complicated schedule.

CBS describes them as a group that “includes Olympians, a former Heisman Trophy winner and NFL running back, a headline-making political strategist, a former teen heartthrob, a Grammy-nominated musician, a former WWE wrestler and an infamous Houseguest, among others.”

The “infamous Houseguest” does not refer to a previous Big Brother contestant, but rather to Kato Kaelin.

What really stands out to me the most is how old the new cast is, relatively speaking: Their average age is 43.6—which is almost 20 years older than most-recent summer cast.

The youngest cast members this year are both 34; the oldest is 59.

Why does this matter? Because life experience and diversity of age makes for better television.

Tamar Braxton, 41, the singer who is on a WE tv show, Braxton Family Values, with her family, and previously appeared on Tamar & Vince and co-hosted The Real.

Kandi Burruss, 42, the singer and songwriter who is now best known for being on The Real Housewives of Atlanta, and her own Bravo spin-offs The Kandi Factory, Kandi’s Wedding, and Kandi’s Ski Trip.

Tom Green, 47, the writer and director of Freddy Got Fingered, whose 1990s series The Tom Green Show featured him doing ridiculous (and hilarious) stunts. He guest starred in an episode of Hell’s Kitchen.

Lolo Jones, 36, an Olympic gold medalist who appeared on Dancing with the Stars season 19 and on The Challenge: Champs vs. Pros.

Kato Kaelin, 59, who became famous for staying in O.J. Simpson’s guest house and testified against O.J. in the murder trial, and went on to appear on several reality TV shows, including Celebrity Boot Camp, Gimme My Reality Show, and Sunset Tan.

Joey Lawrence, 42, the actor from Blossom who co-hosted Splash, competed on Dancing with the Stars season 3 and on Cupcake Wars, and guest starred in a 1982 episode of Diff’rent Strokes titled “Big Brother.”

Ryan Lochte, 34, the Olympic gold medalist who had his own E! show, What Would Ryan Lochte Do?, and competed on Dancing with the Stars season 23.

Dina Lohan, 56, Lindsay Lohan’s mother and manager who was on the cast of the reality shows Living Lohan, Lindsay, and Family Therapy with Dr. Jenn.

Anthony Scaramucci, 55, who was Donald Trump’s White House director of communications for just 10 days, and who recently was shopping his own reality series.