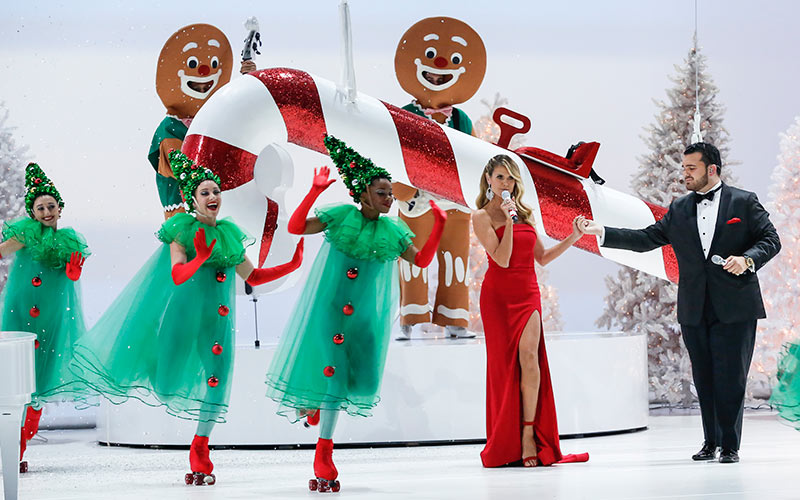 Heidi Klum performs with Sal Valentinetti and two disturbing gingerbread things on America's Got Talent: A Holiday of Champions. (Photo by Vivian Zink/NBC)

Happy Monday morning. There are eight days until the Christmas shopping frenzy is over, and 10 days until long lines form to return everything that was purchased frantically this week.

This is your last weekly reality TV preview of 2018, and covers the last two weeks of December. First, though, I wanted to highlight a few shows that I’ve been enjoying this month—all of which involve food, because apparently all I want to do when it’s cold out is sit inside, watch food reality TV, and eat sugar with a spoon.

The Holiday Baking Championship (Food Network, Mondays at 9) is worth watching for Jesse Palmer’s hosting alone—he’s a wonderful host, self-deprecating, witty, and playful with the contestants. Add Nancy Fuller as a judge, and it’s pretty freewheeling for a Food Network competition.

Top Chef Kentucky (Bravo, Thursdays at 9) is off to a strong start. The contestants can cook, and they can also deliver some witty one-liners. Gail Simmons’ absence (because of her pregnancy) is definitely felt, but the producers did a great job of working her in to the show in episode two, and she’ll be back for the last episode before the finale, too. And new judge Nilou Motamed was solid in the one episode we’ve seen so far.

The Great American Baking Show: Holiday Edition has been another perfectly fine season. The American version has had a lot of turnover with its judges and hosts, and it takes a while for the new people to find a groove, but this is a solid team—I hope they’ll be back next year. This season’s contestants have also been great; even if their baking hasn’t been the strongest the show has ever seen, they’re all really collegial and charming. The show ends its three-week, six-episode run this Thursday (ABC, Thursday at 9). 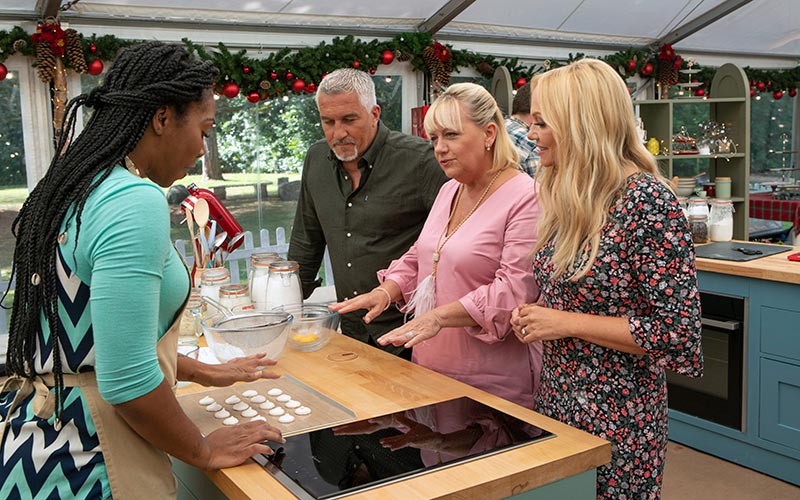 A new competition, Holiday Gingerbread Showdown ended last night. I love how it’s borrowed from GBBO, from the illustrations to allowing contestants to prepare in advance, and also appreciate its format, with weekly winners heading to a finale. The judging, and the editing of it, has been sub-par, but the contestants’ creations are quite impressive, and host Marcela Valladolid—who previously judged CBS’ version of GBBO alongside Paul Hollywood—is a lot of fun.

Okay, on to the shows that are ending and premiering between Dec. 17 and 31—followed by a list of holiday specials, and then a list of documentaries airing this week.

The Voice ends its season (NBC, Monday at 8 and Tuesday at 9), and so does Survivor David vs. Goliath, with is usual three-hour finale and reunion (CBS, Wednesday at 8).

The cast members who searched for relationships on Ready to Love reunite (OWN, Dec. 29, Saturdays at 10), which follows the Dec. 22 season finale.

Besides those finales, there are a few debuts over the next two weeks.

Netflix premieres the fifth season of Terrace House: Opening New Doors (Netflix, Dec. 18), plus a new show, 7 Days Out (Netflix, Dec. 21), which says it “captures the excitement and drama that play out behind the scenes in the days leading up to major live events like the Kentucky Derby.”

MTV premieres the second season of Ex On The Beach (MTV, Thursdays at 8), which will have these reality stars discovering that their exes have shown up to interrupt their searches for love.

After Christmas, Extreme Love (WEtv, Dec. 28, Fridays at 10) will tell the “weird and wild tales of odd and unexpected relationships around the globe.”

And a three-hour investigation into a 10-year-old’s kidnapping and murder will be the premiere episode of  The Lake Erie Murders (ID, Dec. 30 at 9, then Sundays at 10), which will go on to tell stories of other women murdered near Lake Erie. 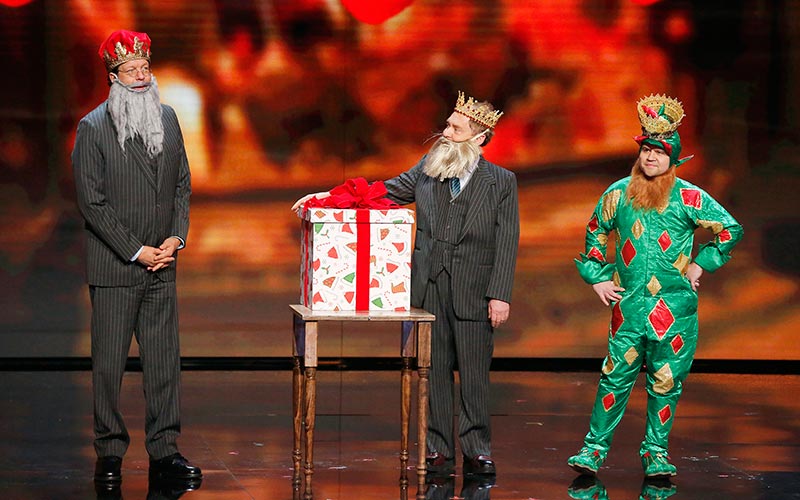 America’s Got Talent (NBC, Monday, Dec. 17, at 10; repeats Friday at 8) brings back former contestants for its “Holiday of Champions” special. Judges Simon Cowell, Heidi Klum, Mel B, and Howie Mandel will also be there, but Tyra Banks will not; Terry Crews hosts instead.

A Home for the Holidays: The 20th Anniversary (CBS, Friday, Dec. 21, at 8) will raise money for kids in foster care, as the special has done for two decades. It’s hosted by LL Cool J, and features performances by Gwen Stefani, Andy Grammer, Train, and Lukas Graham.

The final documentary specials of 2018

In Apollo’s Daring Mission (PBS, Dec. 26, Wednesdays at 9), astronauts and engineers who worked on the Apollo missions tell the story of Apollo 8, which was initially intended to be just a mission to orbit the earth, but instead sent people to orbit the moon for the first time.

Man on Fire (PBS, Monday, Dec. 17, at 10) is about the 2014 death of 79-year-old Methodist minister Charles Moore, who set himself on fire in protest of racism. The documentary “seeks to understand what drove Moore to his shocking final act—and what if anything, it changed,” according to PBS.

After a man’s mother went in for routine surgery but ended up in a coma instead, and he started filming himself. In Bleed Out (HBO, Monday, Dec. 17, at 8), “what starts as a personal video diary becomes a citizen’s investigation into the state of American health care,” according to HBO. It’s “[p]art medical mystery and legal thriller, part investigative journey and meditation on family, this is a revealing, cautionary tale.”

The subject of Fail State (Starz, Monday, Dec. 17, at 9) is “how for-profit colleges exploited millions of low-income and minority students, leaving them drowning in student loan debt with worthless degrees.” It’s produced by Dan Rather.

Students and teachers are trying to bring oysters back to New York Harbor, and their story is the subject of Take Back the Harbor (Discovery, Tuesday, Dec. 18, at 8).