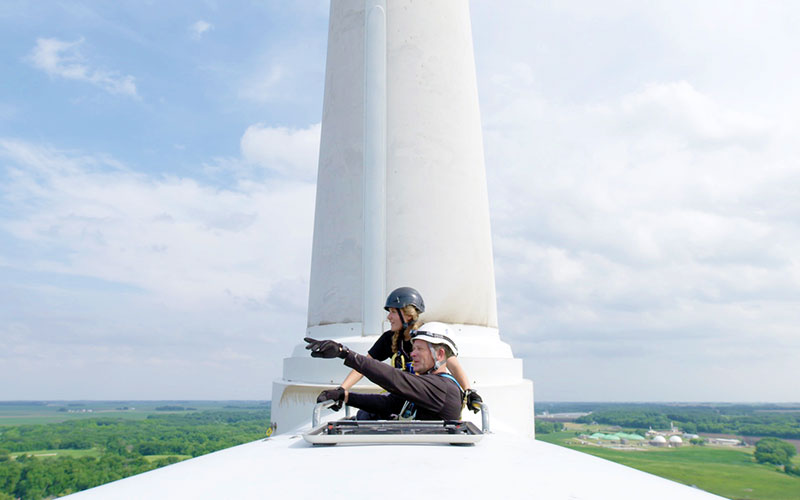 Student Faith Lutat and her dad Dan Lutat at the top of a wind turbine at Iowa Lakes Community College. (Photo by Nick Midwig/RadicalMedia)

After an onslaught of new and returning reality shows last week, there are fewer debuts this week—though several specials and documentaries airing this week.

Michael Carbonaro does magic for unsuspecting people on The Carbonaro Effect (truTV, Thursdays at 10). For insight into what happens behind the scenes, read my interview with Michael from earlier this year.

Following a week-long marathon on Logo, a new season of Drag Race will debut on Friday: RuPaul’s Drag Race All Stars 4 (VH1, Fridays at 8) will bring back these 10 queens. Each episode will be 90 minutes long.

Also on Friday, there’s a new unscripted/panel show The Fix (Netflix, Dec. 14), which tries to “to solve the world’s biggest problems” using two teams of comedians, led by D.L. Hughley and Katherine Ryan. The show is hosted by Jimmy Carr.

If you’ve had enough treacly holiday dramas and reality shows, there’s the new documentary series The Innocent Man (Netflix, Dec. 14), which is based on John Grisham’s book about two murders in the 1980s for which a former minor-league baseball player was convicted and sentenced to death. Spoiler alert: He was innocent. 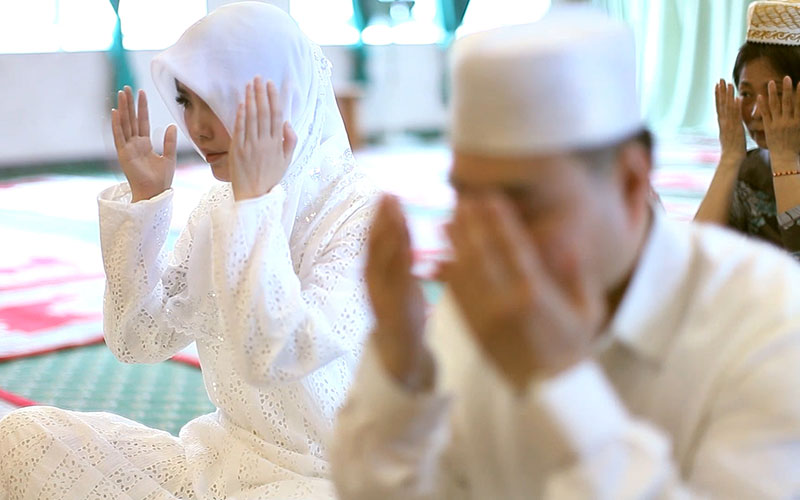 A wedding in China, as featured in the PBS documentary Sacred, which explores “the daily use of faith and spiritual practice around the world.” (Photo by Zou Su/WLIW LLC, via PBS)

Several documentaries and specials air this week, ranging from an MTV star’s wedding to people working to stop climate change despite a former NBC star’s refusal to act: