A smart, bold move in an otherwise flat episode of Survivor David vs. Goliath

So episode 12, “So Smart They’re Dumb,” can be forgiven for being the weakest in a season of exceptional episodes. On a scale of 1 to 10, it was maybe a 5 or 6, though that seems worse because this has been a season of 12s.

The episode gave away its most interesting moment during last week’s preview: Gabby telling Alison and Kara that she was ready to turn on Christian, with whom she had an incredibly strong friendship and alliance.

On top of that, much of the episode seemed interchangeable. The immunity challenge was once again an endurance challenge involve balance and holding a stick; the reward challenge had just a slight twist on one we’ve seen before; the loved ones visit didn’t justify the cost of plane tickets to Fiji.

While it ended with a brief moment of drama following a smart move that ultimately backfired on one player, ending a great alliance and partnership, it still lacked any of the spark and life of the previous 11 episodes this season.

Plus, we had to suffer through an episode of The Jeff Probst Show in which he handed out love instead of cars to his captive audience.

I’m not going to spend much time on the loved ones visits, which are increasingly insufferable television, full of empty platitudes and hilariously disturbing observations about familiar relationships which Stephen Fishbach characterized as “Jeff Probst tries to understand humans and their emotions”:

My favorite part of every #Surivor season is when Jeff Probst tries to understand humans and their emotions. "So the thing about a brother and a sister is that neither of you is a parent. Am I getting that right?"

Also, as I started to complain about it on Twitter, I realized that I’d already written about the loved ones visit, so go read that if you want to be annoyed, too.

Gabby did the right thing despite the outcome 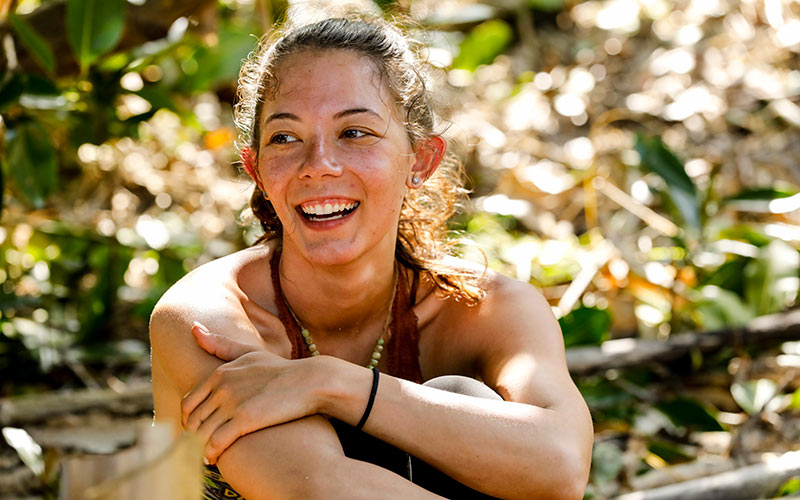 One thing I particularly love about this cast is how so many of those voted out are disappointed yet still cheerful toward their fellow players.

Davie told us that, even though Christian backstabbed him twice and tried to vote him out, “I don’t take it personal.” (But who took your -ly, Davie?)

And as Gabby walked away from Tribal Council, she actually apologized to the person she’d tried to vote out but who accidentally ended up sending her home: “Sorry Christian! I love you.”

As much as Everyone Loves Christian, Gabby’s decision to turn against him was absolutely smart—because as she said, she’s perceived as Christian’s sidekick and they’ve done everything together.

She knew how everyone else was perceiving her, and knew she had to adjust that narrative. The way to stand out is to take out a person who will win handily at the final Tribal Council (“not a soul can beat him in this game,” Alison said).

Why do it now? Christian made the case against himself clear when he won that insane endurance immunity challenge, having already proven himself to be skilled at puzzles. He could potentially walk into the final four with immunity challenge wins alone, so the time is right whenever he doesn’t have immunity. Well, visible immunity. 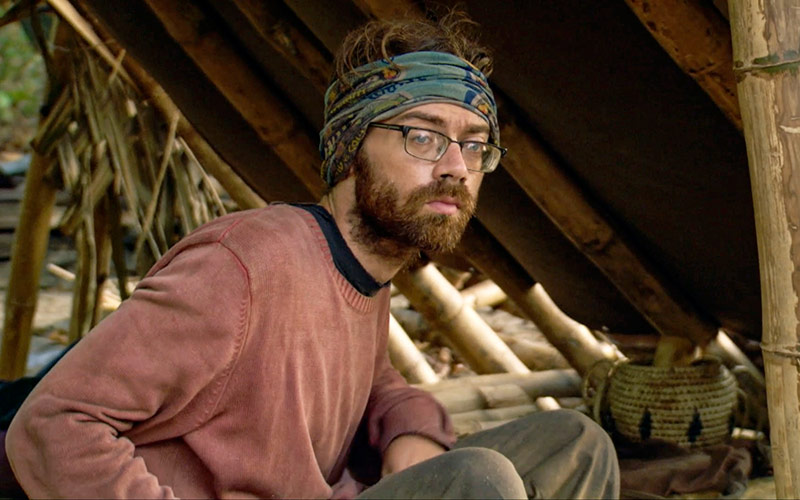 “I’m excited and I’m nervous and I’m sad,” Gabby said in an interview after deciding to blindside her ally. “Christian doesn’t want me to win, Christian wants Christian to win, so I have to do it if I want to win this game.”

The post-merge talk of David vs. Goliath and shifting tribal alliances masks that it truly is an individual game. Nick started the episode by saying Christian and Gabby are “so smart they’re dumb” and lamenting their vote against Carl, because “we burned every advantage” to get a tribal majority and then turned against their own tribe.

But Gabby reminded us and everyone else that players are in an individual game. And many of the other players also made moves to benefit themselves:

When Davie went to Christian and warned him, Christian said, “I’m having a hard time believing it.”

Still, he played his idol at Tribal Council, which began the most entertaining few moments of the episode. As Probst asked for idols, and then said “okay” when no one played one, Christian said, “Give me a second Jeff. Not quite sure yet.”

Then he looked around at his fellow players, like he was trying to read their faces and/or minds, and said, “I’ll play. This has been in my shoe for the past four Tribal Councils.”

Gabby’s response was to be apologetic to the one person who’d received a vote besides Christian: “I’m so sorry Alison,” Gabby said, before a vote appeared for her—and then another. And Gabby went from thinking she was blindsiding her ally, to thinking that backfired and sent home Alison, to realizing that she was out.

As Gabby said at Tribal Council, she’s been relying on others, but “now I find reassurance in myself,” and if it didn’t work, “at least I did something with gumption.” Yes, she did.