Stephen Fishbach competed on Survivor twice, first on Survivor Tocantins, which concluded filming a decade ago, in 2008, before airing in 2009. From my very first interview with him, conducted in Brazil, I’ve appreciated his smart, thoughtful insight into the game that we both love, which he now shares regularly on a podcast with Rob Cesternino, in recaps for People, and on Twitter.

It was on Twitter that Stephen posted thoughts about his first season, and I asked him if I could republish those thoughts here, as part of The Confessional.

December 9 marked the 10th anniversary of my final tribal council on Survivor Tocantins.

Even though I knew I had lost the game, I still felt incredibly proud of everything I had accomplished throughout the season.

I still treasure those few special days – before I got home and everyone asked me “did you win? Did you win?”—where it didn’t matter whether or not I had won, all that mattered was what I had experienced.

Until I was on Survivor, almost all of my friends were people like me. Not all were from big cities, but most were. Whether they worked in corporate jobs or at nonprofits or were struggling artists, their values were roughly the same as mine.

Survivor introduced me to people whose way of living was radically different.

I never would have had an opportunity to befriend a cattle rancher from Alabama or a professional cyclist from Utah, and yet I officiated both of their weddings.

I’ve met firefighters and poker players, a fighter pilot and a grave digger and a “rocket scientist,” and many, many aspiring hosts.

Before Survivor, I had always privileged a certain kind of life ambition. Success meant being a top executive or writing a bestselling novel.

Survivor introduced me to people whose idea for their lives was radically different from mine. I learned that there are so many ways to structure your time, so many different ways to be.

And I saw firsthand that my path wasn’t any better or happier than anybody else’s.

Of course, Survivor also taught me a lot about myself.

My first season, making fire in the Brazilian highlands just before a rainstorm, I learned how resilient my body could be.

My second season, as my body gave out in the Cambodian monsoon, I saw that even when I was at my lowest, still by force of will I could continue forward. 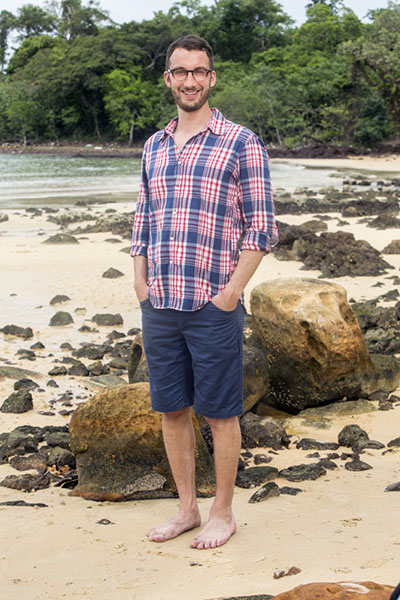 Since the show, I’ve had the incredible pleasure of meeting and befriending many amazing Survivor fans, first through charity events and now via the Know It Alls podcast.

More than anything, Survivor has given me a community, which is now filled with people I genuinely love.

Sometimes I worry that it’s silly, so much energy and attention spent on a reality show. But then I think – why is it any worse than any other hobby or passion?

Survivor speaks to two sides of my personality. I love games, and Survivor is one of the most intricate strategy games that exists.

And I love studying people. Any Survivor fan knows that watching 20 strangers, stripped to their core by the elements, you see human behavior that you never could script in a book or a movie.

What writer, with any fidelity at all to the real world, could possibly write Coach’s story of his kayak trip down the Amazon, Christian and Gabby playing in the sand, or Adam and Jay’s unique bond?

And in our crazy divided time isn’t it kind of beautiful to make 20 people from all walks of life, from all parts of the country, figure out how to live together?

I’ll take all the carnival clown music in the world for everything you have given me.