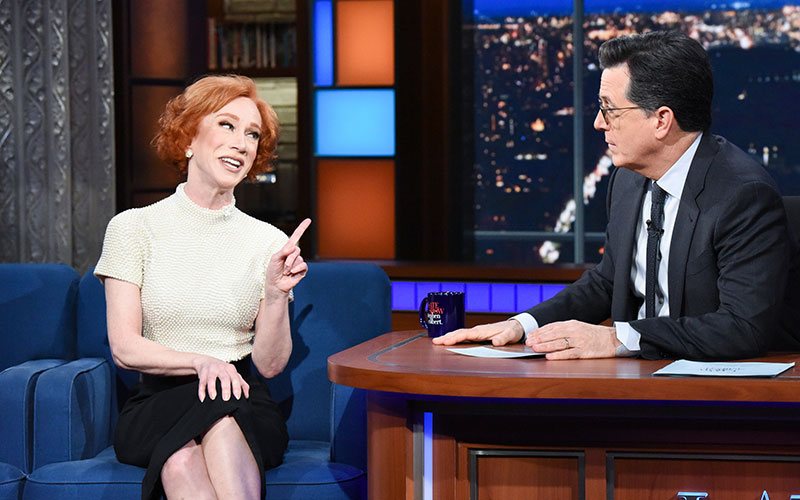 Kathy Griffin being interviewed by Stephen Colbert during the Dec. 6, 2018 episode of The Late Show. (Photo by Scott Kowalchyk/CBS)

Full episodes of the Bravo show Kathy Griffin: My Life on the D-List will soon be streaming and available to watch online, after Kathy Griffin bought all six seasons and 47 episodes of the reality show—plus two seasons of her talk show—back from Bravo, following “years of legal wrangling,” she said in a radio interview.

“I now own everything I’ve ever done,” she told Stephen Colbert on Friday night’s episode of The Late Show.

The show aired from 2005 to 2010, following the life of the comedian and Celebrity Mole winner, including her staff; her hilarious parents Maggie and John; and her husband turned ex-husband, Matt.

It differentiated itself from other celebrity series by seeming to just dip into Kathy’s life, and even though she was certainly being performative, it felt far less stagey than shows like The Osbournes—though it got more contrived in its later seasons.

My Life on the D-List hadn’t quite disappeared; the first four seasons have been available on DVD:

Although Variety said it had an “exclusive” story about this on Friday afternoon, Kathy previously talked about this on SiriusXM a few days earlier.

In a SiriusXM interview WEdnesday, Kathy told host John Fugelsang this, according to a transcript from the network:

“I am very excited because I actually bought back my entire library. Every episode of My Life on the D-List, every one of my 23 specials, now, 24 and the two seasons of my talk show and they’re gonna to be available and I know, years of legal wrangling.”

“I’m 58 years old and I thought if I’m not gonna, stand up for something then sit down. So yes, I got the whole library back and it’s up on iTunes, and so I get very flattered when people tweet me and say, you know, I liked this episode of the D-List.  So I’m very proud of that.” 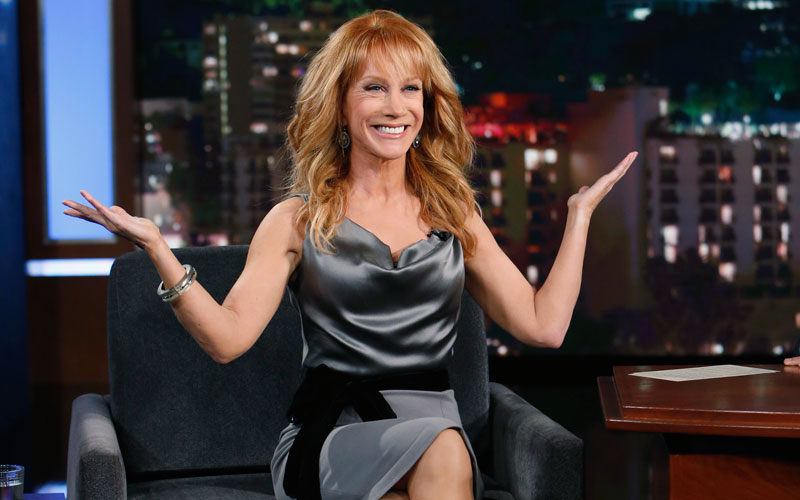 Although Kathy now has the rights, the show is not yet on iTunes, though some of her comedy specials are.

“Most of my library is going up on iTunes over the next few months!”

Kathy is still dealing with the fallout of a 2017 photo she appeared in holding a simulated version of Donald Trump’s head.

Besides selling “Fuck Trump” merch on her website, she toured around the world in a show she called “Laugh Your Head Off,” and played at Radio City Music Hall and Carnegie Hall. It was a mix of joking and seriousness; at one point, she said, according to THR’s review, “You know how they say there’s no such thing as bad publicity? Actually, there is.”

But now, Kathy said on Tell Me Everything with John Fugelsang that “I don’t have one single day of paid work ahead of me for the rest of my life, and that scares the shit out of me.” 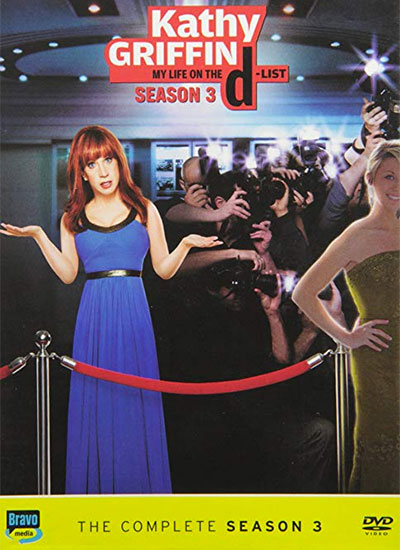 The DVD cover for Kathy Griffin: My Life on the D-List season 3

Kathy previously said that Andy Cohen offered her cocaine backstage at Watch What Happens Live. Andy was her boss at Bravo, overseeing My Life on the D-List, and responded to the photo controversy by pretending to not know who she was.