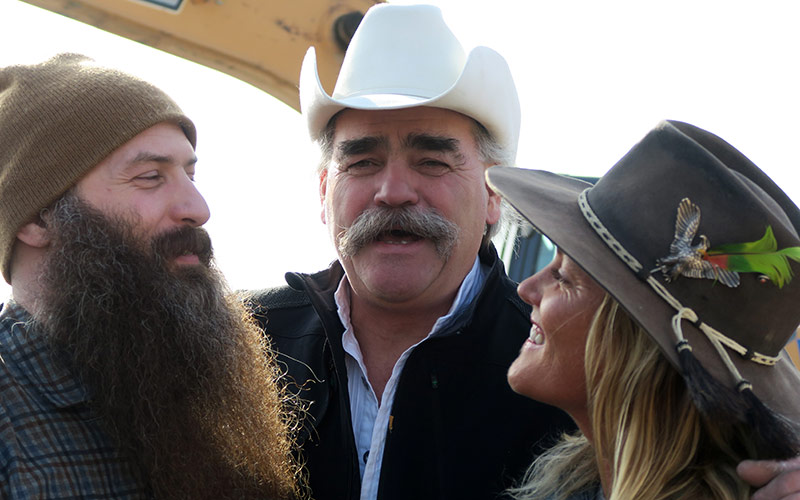 It’s been a year since the Discovery Channel’s version of a property makeover show, Homestead Rescue, concluded its third season, and although it was a show I enjoyed, it kind of disappeared and I assumed it wasn’t coming back.

But Homestead Rescue season four is on the way, and will premiere in early 2019.

The show follows Marty Raney and his kids Misty and Matt as they help people who’ve tried to move off-grid but are struggling for various reasons: with resources or just the shelters they now call home. The Raineys spend about a week with them, giving them both training and helping them upgrade their homesteads.

Marty, who was on National Geographic Channel’s Ultimate Survival Alaska, told me a few years ago that “the show is arduous” to produce; the first season filmed over 100 days non-stop.

He also said that when he was pitched on the show, he “demanded authenticity and less scripting.” (Read my interview with Marty about how Homestead Rescue is produced—and what happened with Kim and Josh.)

The new season premieres Jan. 2, airing Wednesdays at 10, and will include 12 new rescues. The cast remains the same: Marty Raney and his kids Misty and Matt.

Here’s how the Discovery Channel describes what’s ahead:

“Homesteading saviors Marty, Misty, and Matt Raney return to the most desperate homesteads across America to help those on the brink of failure learn to survive and thrive off the grid. Using fresh ingenuity, the trio will help several new struggling families discover how to successfully secure clean water, grow sustainable crops, protect their valuable livestock, and reinforce failing infrastructures, all while facing the most grueling obstacles mother nature has to offer. While the Raneys answer these cries for help with their unique skillset, each family will ultimately have to decide if they can stick it out for the long-haul or must pack up and return to civilization.

… Millions of Americans have traded modern life for self-sufficient homesteading, but the Raneys continue to prove that living off the grid is no easy feat. From the flood-riddled lands of Missouri to the frigid, unrelenting woods of Alaska, this season father Marty, daughter Misty, and son Matt will face some of the most intense challenges yet. To help fulfill these homesteaders’ dreams, the three work tirelessly to locate clean drinking water on toxic lands, build an entire cabin from scratch in 7 days, dig a massive dam in a flood zone, craft life-saving wildfire protection, and automate a homestead to function on its own while its residents are away.”