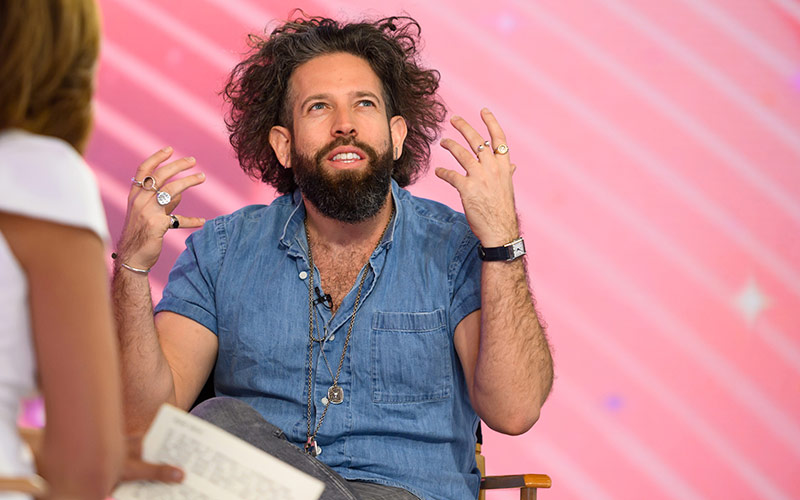 Bachelor producer Elan Gale on The Today Show being interviewed by Hoda Kotb and Kathie Lee Gifford on Nov. 26, 2018 (Photo by Nathan Congleton/NBC)

While neither the show or its creator; its network, ABC; its studio, Warner Horizon; or Gale himself have commented publicly about why he left, he has been actively expanding his work outside of long-running reality show.

The news came the same day ABC officially released the identities of the women competing for Colton Underwood’s virginity on The Bachelor season 23.

Can’t comment on why @theyearofelan is no longer part of #TheBachelor team, but we wish him the best in all his future endeavors…

That’s not exactly glowing, and “wish him the best in all his future endeavors” is pretty generic, and sounds similar to the things Hollywood typically says about people who get fired (pursuing other opportunities, spending more time with their families).

But whether he left on his own or not is unknown.

Steve Carbone, aka Reality Steve, who is well-connected with things that happen behind the scenes on the show, tweeted, “This is news to me. I have no idea.”

Elan Gale is well-known to fans of the franchise, who call themselves Bachelor Nation, in part because he’s active on social media, and has also made news outside of the confines of the show.

Five years ago this Thanksgiving, Gale live tweeted a fight with an airplane passenger, including evidence of the conflict such as a note that he sent to her saying “I hate you very much. Eat my dick.”

Last fall, he was a named defendant in a lawsuit filed by a former Bachelor producer who said that, among other things, the executive producers had regular “sexually explicit conversations about their personal sex lives” and “enjoyed teasing Steenhoek about her sexual life because of her sexual inexperience and reluctance to discuss sex.”

Elan Gale’s other projects besides The Bachelor franchise 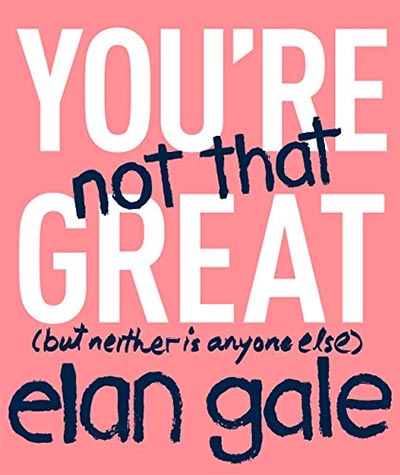 Entertainment Tonight reported that “that the tweet also came as a surprise to the production team — but that the move seemed to be brewing for a while,” because of “some growing tension over where Gale’s focus and energy lie.”

ET quoted an unidentified source who said, “Elan had been working on other projects over the past few years and considering an exit.”

Those projects include a book, You’re Not That Great: (but neither is anyone else), which was released one year ago and said that it “teaches you how to harness all the negativity in the world and use it to improve your life, taking everyday feelings like self-loathing, regret and shame and making them work for you. Positive thinking is for assholes. Negative thinking is for winners.”

He also has a new page-a-day calendar, Unspirational 2019 Day-to-Day Calendar: it’s never too late to go back to bed.

Last spring, Bravo announced it was developing Your Shitty Family—Gale’s Instagram account that was turned into a book—into a “prank show” executive produced by Elan Gale with Bird Brain production’s Ryan Ling. The press release said:

“Bravo is redefining the prank show by making it a laugh-out-loud family affair. In each episode, families will compete against each other in a series of embarrassing, awkward and hilarious pranks they’ve come up with themselves—specifically designed to torture their kin. The family member willing to take it the furthest, wins. On this show, we aren’t solving family problems; we’re creating them.”

Meanwhile, Gale briefly appeared as an actor in Netflix’s new series The Haunting of Hill House. Here’s how TV Guide described his appearance:

“In Episode 7, ‘Eulogy,’ the younger Hugh Crain (Henry Thomas) becomes obsessive about fixing the water damage throughout the house. In order to get a handle on the situation, Hugh calls in an expert to take a look at the damage and debate the likelihood of rats being the culprit behind the scratching sounds in the walls (spoiler alert: it wasn’t rats). The man playing this expert? Why it was none other than Bachelor Nation producer Elan Gale.”

A now-unavailable page on WME’s web site (view Google’s cached version) listed a television project—presumably an adaptation—for You’re Not That Great that’s listed as “in development,” and Gale as “created by” and “writer.”

Would it be possible to work on those two TV projects, including one based on a book that he’s still promoting, plus stay with The Bachelor franchise—The Bachelor, The Bachelorette, and Bachelor in Paradise—which is in production year-round, filming in the fall, spring, and summer? Or was 10 years on the show enough and it was just time for a change?