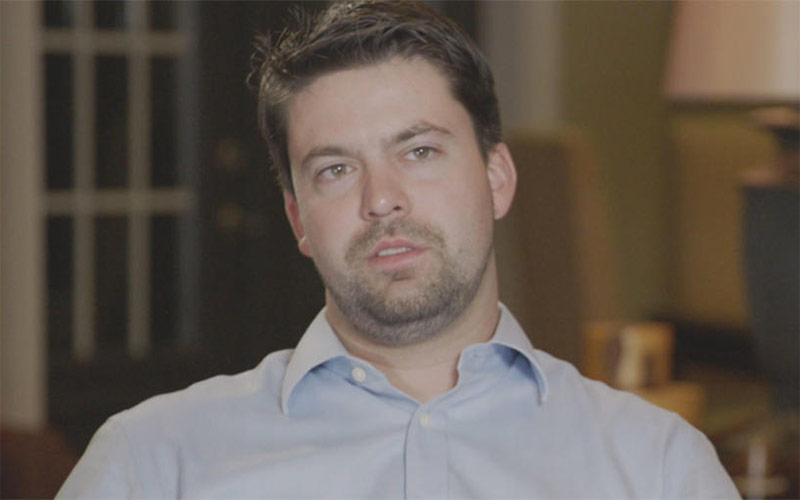 The Devil Next Door cast member Chad Cooper, one of the former members of the Word of Faith Fellowship, which A&E refers to as "the cult" in his bio. (Photo by A&E)

Can you find out what happened to the new series on A&E, The Devil Next Door? It was supposed to premier [Nov. 27], but the network aired The First 48 and had no explanation on either Facebook or their website. MANY people are really pissed off! —Scott

The network pulled the show off its schedule shortly after the show was accused—and this may sound familiar—of paying cast members, though the network says those things are unrelated.

According to A&E, the six-episode series The Devil Next Door was supposed to:

“…provide a voice to the former members of the deeply secretive North Carolina-based Word of Faith Fellowship Church as they open up about the shocking abuse they alleged to have endured at the hands of the Church.

In addition, the new series will also chronicle their tireless efforts to convince loved ones still inside it’s time to break free by banding together through community outreach forums, enlisting the help of the local media and working alongside the federal government.”

The Daily Courier reported last Monday that the show was “postponed … due to producers’ decision to add new footage and reporting to the show, which was scheduled to begin Tuesday.”

Note how A&E is deferring responsibility and saying that producers decided to add new footage at the last minute, as if the network would have no role in that kind of decision (it would).

The Washington Post’s Emily Yahr reported last Tuesday that A&E “said producers are updating the series with more footage and additional reporting, and are waiting on an official response from the church. A new airdate has not been set.”

Episode one is titled “Get the Devils Out” and its listing information said this:

“Shared custody between spouses proves difficult for Sarah and her cousin Chad, who have both left the church, but whose spouses remain in the church. Things get more complicated when Chad learns his daughter might be in danger.”

Episode two, “Something Wicked in Spindale,” which was originally scheduled to air tonight, was going to pick up that storyline:

“Chad has successfully helped ex-wife Lauren leave the Church, but he worries she could go back at any moment and take their daughter with her. Jamey, a former Church member, is working with a confidential source to gather information against leader Jane Whaley. John Huddle, another former Church member, pays a visit to his old home and brings the documentary crew along for a shocking discovery.”

Neither of those episodes are airing tonight: A&E has scheduled the special “The Killing of JonBenet: Her Father Speaks” at 10 p.m. ET instead, and next Tuesday, has the special “Casey Anthony’s Parents Speak” in that timeslot.

The Word of Faith Fellowship complained

As BoingBoing pointed out, “a lawyer for the church accused A&E of paying some of the participants in series,” and posted an image of a check and a press release summarizing its concerns.

The Daily Courier later reported that “the network says complaints by the church had nothing to do with the delay.”

Paying cast members for their time and/or story rights is incredibly common in reality television, and makes sense especially since they’re being filmed for a show that will earn profit for a production company and a network.

The press release sent by the church says this was explained to them:

“…attorneys for Word of Faith confronted Collins Avenue producer Francis Gasparini with the allegations that he and his crew had paid those depicted in the production. Gasparini denied compensating those who appeared and indicated that any payments made were small and intended to defray the expenses of the participants.”

But the church calls that “disingenuous at best” because of the amount of the payment made to Chad Cooper, $3,335.

A familiar problem for A&E

A&E spokesperson Michael Feeney told The Shelby Star, “We compensate people for the material they may have for travel, lost wages and for things like child care,” and said the amount “all varies depending on time involved.”

Admitting that is a welcome change—for A&E, especially.

The lack of transparency around the practice has allowed it to be used as a weapon against shows and networks—especially a network that likes to bluster about its reality TV while also playing dumb.

Almost two years ago, A&E threw producers under the bus and backed over them a few times rather than admit what they’d absolutely have knowledge of: paying subjects for their time and story rights.

That show, Generation KKK, was retitled (with the quite expository “Escaping the KKK: A Documentary Series Exposing Hate in America”) and ultimately trashed. There were other problems with that show, which was marketed in a way that suggested it was giving the Klan a platform.