For a genre that still is perceived as universal garbage—so much so that people now use different words to describe their reality TV shows, like “docuseries” and even “film”—and for which mediocrity is often enough to satisfy both networks and fans alike, reality TV is still thriving.

There’s not just a lot of it, but there were a lot of wonderful, high-quality, well-crafted reality TV shows that aired this year,  so many of which were just a joy to watch.

There were so many memorable moments, from the delightfully absurd BB20 Sambot to the tough conversations on the Drag Race season 10 reunion.

Still, there are quite a few reality shows and episodes that I watched and enjoyed that didn’t make the list below.

That’s in part because there is so much television, and so many reality shows—hundreds! thousands?—many of which are good, or fine, or perfectly watchable while you fold a load of laundry.

What I’m looking for in the best reality TV shows is more than that. Sure, they have to be deeply engaging and entertaining, but I also want them to take the genre into new places, or excel with their treatment of something familiar.

Most of all, they should surprise and sparkle with real life and real people.

The sparkle, by the way, is evident in more ways than one: this list has more than one show starring queer people, and not just Queer Eye. Even though gay characters and stories have been part of reality television since An American Family in the early 1970s, it feels like more and more shows are focusing on gay experience—or adopting gay sensibilities.

All of those on this list excelled in form and content, in the craft of their episodes and the casting of their characters, and demonstrated how entertaining real life can be. 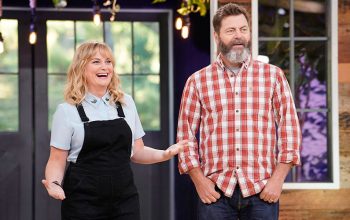 If we needed anything in 2018, it was Amy Poehler and Nick Offerman’s warmth, charm, and wit, and Making It delivered in abundance. Borrowing heavily from The Great British Bake-Off didn’t work entirely, especially with the uneven judging, but like GBBO, the competition is beside the point. This is a celebration of craft-makers and well-crafted puns, and thankfully, there’s a second season coming. 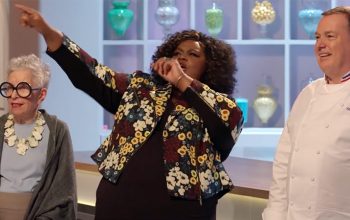 Finally, a cooking competition reality TV show just said Fuck it! to the deep rut that food competition television has worked itself into, and to the conventions of reality TV. The result was not just wildly entertaining, but a show that celebrates one of the best things about the United States. It often flew off the rails, with judges leaving to pick up kids or stealing things from the pantry, but the show embraced those moments instead of hiding them or reshooting them, and host Nicole Byer held it all together with her perfectly calibrated reactions to the disasters unfolding around her. 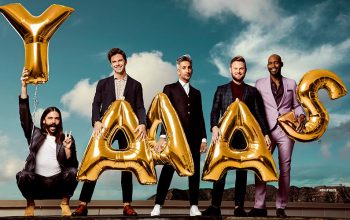 The reboot of Queer Eye was a surprise: It broadened the pool of subjects, spent less time on the makeovers, and relentlessly focused on emotional connection between the subjects and the new Fab Five, who were a wonderfully cast group. Each of the brought their own experiences and vulnerability to every interaction. The result was earnest and emotional, and a demonstration of the kind of connection between individual human beings that we desperately need to replace our tendency to demonize groups of people and grossly caricature each other.

Get a Room with Carson and Thom (Bravo) 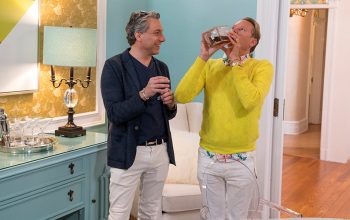 Another show on Bravo’s new Friday night block, Buying it Blind, had better design and more dramatic makeovers, but that didn’t matter for Get a Room with Carson and Thom, because makeovers were beside the point. Sure, the transformations were nice, and the clients seemed thrilled, but the show was worth watching because of Carson and Thom’s banter—with each other and everyone around them. All of the lightness and fun that didn’t make it into Queer Eye but was in the original has been reborn here, thanks to Thom Filicia and Carson Kressley and their infectious chemistry. There may be a bit of recency bias at play here, but it feels like the perfect nightcap for 2018. 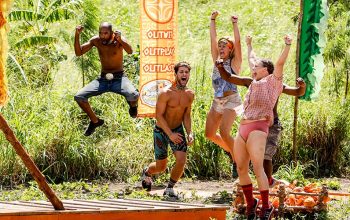 CBS’ game-changing reality competition came roaring back from its rut (including an incredibly weak spring season) thanks to wildly improved editing and a dynamic cast that quickly transcended one of the show’s most nonsensical themes ever. Survivor felt like it was fading over the past few years, but this season proved its resiliency. Survivor just works—if you cast the right people, develop them into real characters, and trust the format over twists. 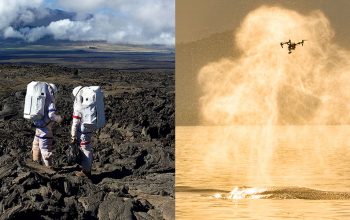 Visually stunning natural history shows have become more and more commonplace, thanks to advances in technology and the example set by Planet Earth. NatGeo’s One Strange Rock is another natural history doc that has dramatic style and flair, but it stands out for grounding its storytelling—and visuals—in a point of view, that of astronauts who’ve spent time looking down at our planet from above. 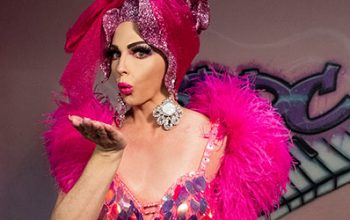 Part biopic and part documentary series, Dancing Queen simultaneously immersed us the life of Justin Johnson, who performs as Alyssa Edwards, and told the story of how he got there. Inside Jokes dropped us into the lives of comedians competing for a prestigious performance opportunity. Both allowed me to appreciate their art and be absorbed into their experiences. 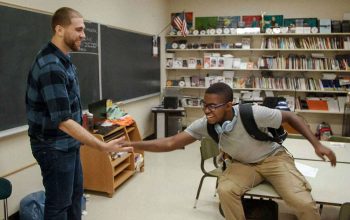 Charles Donalson (right), one of the stars of America to Me. (Photo by Starz)

Although it is a searing portrait of what’s ailing our society, and broke the fourth wall in a fascinating way, America to Me stayed focused on real people and their lives, primarily a group of high school students who are as honest as they are funny and charming. It did exactly what The Real World did in the 1990s: shared people’s lives with us.

Welcome to Waverly (Bravo) was hobbled by its conceit and burned off by its network, but kept surprising me. Although I was lukewarm about the first two episodes, by the end of the fourth (and final!), the charm of its cast and their dynamic together made me start missing it immediately.

Double Dare (Nickelodeon). Despite struggling with challenge design, Double Dare brought back the core of what we all loved in the 1980s—including Marc Summers himself, although in a new role.

Million Pound Menu and The Great Interior Design Challenge (Netflix) are both BBC shows that are now available in the U.S. via Netflix, and both took now-familiar formats—investor pitches, interior redesigns—into new territory, and made for really engaging reality TV.

Celebrity Big Brother (CBS) delivered a surprising proof of concept for the format, and seemed to inspire BB20, which was better than other recent seasons. Alas, what still lingers is the stench of a production and network that are satisfied with mediocrity— because fans will show up and watch regardless.

American Idol (ABC). I didn’t think a reboot was necessary, and I’m in disbelief that Seacrest is still hosting, but its compact season surprised me by finding  a lot of life in a tired format. Let’s hope ABC keeps season two short and sweet, and doesn’t take it down the Fox path.