After the Survivor David vs. Goliath merged tribe returned from the Tribal Council at which John “Mayor of Slamtown” Hennigan was voted out despite being a member of the dominant alliance, Davie told the tribe that nothing is personal, and “We’re here to play. Let’s play.”

In a side conversation that we didn’t see on TV, one player gives another player credit for the wild game play at Tribal Council: “He’s a genius, this guy,” Christian tells Gabby.

The person he’s talking about is Nick Wilson.

During the same secret scene, Nick says in an interview, “I made a plan,” and explains more:

Now, Nick has given a rare interview while still competing on the show.

CBS has typically granted media access to players only before the game commences and after they’re voted out on-screen. It’s relaxed those rules occasionally, especially for “celebrity” players like Mike White, but I can’t think of another interview that’s this detailed about behind-the-scenes strategy and comes from a player who hasn’t been voted out.

That makes Josh Wigler’s interview with Nick for The Hollywood Reporter a must-read.

Among the details that Nick shares are:

Also in the piece:

The interview makes a strong case for Nick being a—or the?—central strategic mastermind, just like Christian said during the game, in the secret scene above.

Even Nick’s alliance-naming is genius, and I say that as someone who’s openly scoffed at those names, primarily because naming alliances is something that happens on Big Brother, a far inferior strategic game and reality television program.

Nick walks through his process, first acknowledging their origin (“Survivor is a better game than Big Brother, but I like Big Brother, as well”) and goes on to explain his “alliance name rules,” which include “something that inevitably bonds that person to the alliance.”

In other words, the names themselves are strategic, and he worked hard to make sure even they created connection and bonds with his fellow players. That’s genius.

The only disappointing part is that more of this isn’t on television. Some of it’s being withheld from us in order to create dramatic moments, of course, and that’s a tough trade-off but it makes sense why the edit would prioritize drama over details.

While I do wish more of it ended up in the episodes, I’m also grateful that we know it at all, thanks to Josh’s great questions and CBS’ willingness to let Nick talk now.

Why Nick and the Davids targeted John last week

A big question after last week’s epic blindside was why the David alliance targeted John instead of someone else.

That began with three players. “Davie, Christian and I had complete and total trust in each other, and when that happens, an unstoppable plan can come together in a matter of minutes,” Nick told Josh Wigler.

Why John, though? Nick’s answer—and notice how he is taking full credit—was this:

“I targeted John, because only John, Dan and Kara lied to me by saying they were going to join the Davids in voting out Angelina. Dan had immunity. I thought John would be a better target for a huge blindside than Kara.”

It was. It also made Survivor history.

In the secret scene above, Nick points out that “this is the first time in Survivor history that we split the minority vote.”

How the John vote affected Nick’s bond with Mike White

Last week’s episode showed Mike and Alec talking about voting out Christian, and then Alec telling Nick about those plans.

But Nick’s version of events is slightly different, as it skips over Alec:

“Mike told me about their plan to get out Christian, and I used that information to blindside John.”

As a result, he said, “Mike felt very betrayed,” and that led to a day-after-Tribal conversation that we didn’t see, alas.

“We were still in love, but we had to break up. He was hurt. I was sorry. We agreed he wasn’t gunning for me and I wasn’t gunning for him, but we would weigh other options, unless and until it made sense for the band to get back together. All great rock bands have a breakup! And I was loyal to my word: while we considered voting out other Goliaths instead of Dan, Mike was not an option.” 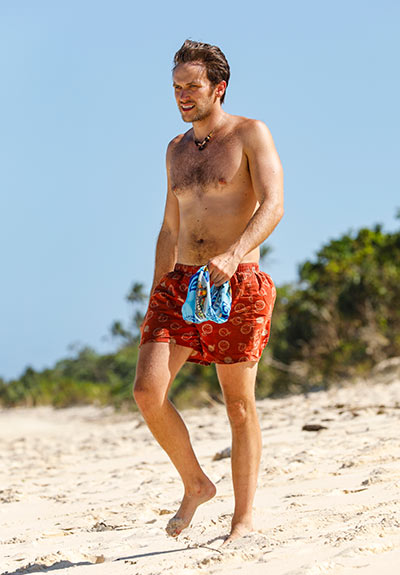 How the Davids’ “100% fool-proof plan” came together

Although the Davids were down one player, Nick said that they went “into Tribal Council with a 100% fool-proof plan,” which “was the greatest feeling in the world.”

After the Davids all met and discussed the arsenal of idols and advantages that they had, there were two plans actively discussed.

Those two plans, according to Nick’s interview with Josh Wigler:

Besides the fact that Carl’s plan added extra protection, Nick said that it also had the added bonus of flushing out an advantage.

For Nick and Gabby, Nick said, “joining Carl’s plan was easy to do, as it would further our David unity and cause the idol nullifier to leave the game.” 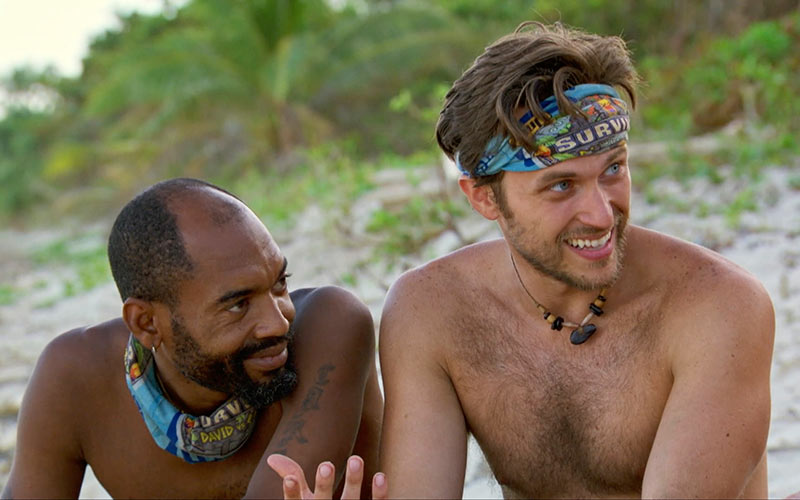 Nick details three reasons why he decided to steal Alison’s vote at this week’s Tribal Council.

Like his rationale for naming alliances, it’s an incredibly detailed plan, and I can’t quite imagine thinking through all these options and permutations while being hungry, tired, and exhausted.

Why do that, especially considering the guilt he has about it?

Nick said, “I wanted the Davids’ haymaker to land and cause as much damage as possible to totally obliterate ‘Goliath strong,’ if not humiliate them for lying to the Davids and overlooking us as important players in the game.”

Wow! Nick’s game is strategic and vengeful, crafty and clever. The other Survivor David vs. Goliath players have caught on, judging by Christian’s comment during the secret scene, but will they do something about it, or is he carving a path to victory?