Skip to Content
Krin Nelson, Heimo and Edna Korth's daughter, will be featured on The Last Alaskans season 4 along with her family. (Photo by Discovery Channel)

One of television’s best reality series, The Last Alaskans, has been off the air since May 2017, when its third season concluded. But it’s returning for season four, and today the Discovery Channel announced exactly when that will be: later this month.

The cast is expanding slightly from season three—the family of Heimo and Edna Korth’s daughter, Krin will be featured—but otherwise remains the same.

Although Bob Harte died in July 2017, the end of his life will be part of this season, meaning some footage was produced more than 16 months ago.

Discovery says the cast members have “more drive and passion than ever before,” and summarized the season this way:

“This season, they face obstacles brought on by the unforgiving environment, including rising predator competition and the aftermath of forest fires, as well as the deeply personal challenges of trying to raise small children in this world and even battling life-threatening illnesses. These families and trappers will be challenged like never before as they look to continue the unique life they’ve built in the refuge.”

Who will be featured on Last Alaskans season four 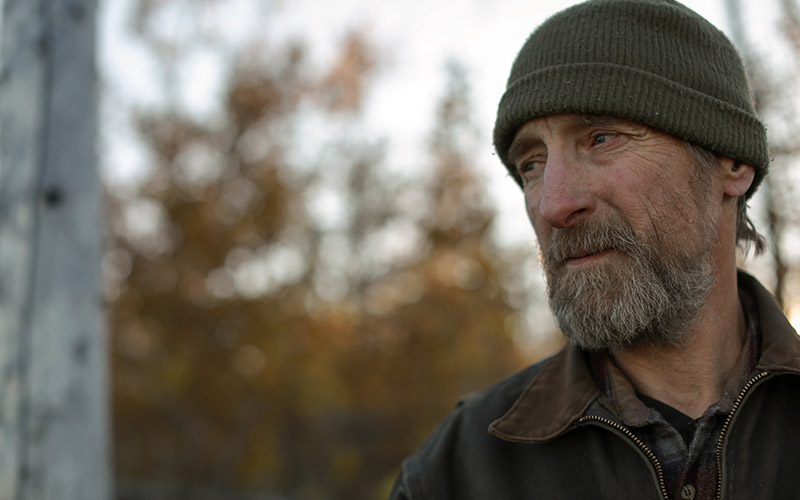 Bob Harte, one of the stars of The Last Alaskans, and who died during production of season four. (Photo by Animal Planet)

Season four will follow the same four families as season three did.

Ray and Cindy Lewis didn’t return to The Last Alaskans for season three, and aren’t back for season four, either.

Here are the people and families that the show will focus on, along with the Discovery Channel’s description of their story arc for the season.

“No one knows the refuge like Bob Harte. After 40 years in the Alaskan Wilderness, he calls it his country, but due to the return of his cancer, Bob must move away from the refuge and into town with his daughter and granddaughter. This season, we will follow Bob’s hard-fought battle to the end and get the chance to say goodbye. Bob’s journey in the refuge allowed him to live free—this was his home and where his heart will always be.”

Heimo and Edna Korth, and Kirin, Scott, and Colby

“For Heimo and Edna Korth, this season brings an opportunity they have dreamt of for years: their daughter Krin and her family will attempt to survive a winter in the refuge. Heimo has raised all three of his daughters here, and he hopes for Krin to continue the tradition he and Edna have built over the decades. Heimo will do all he can to pass on the torch of survival to Krin, her husband Scott and their young son Colby, but it will come down to the success of their hunting and trapping season to convince her.”

“There’s also another new face this season, as Tyler and Ashley Selden bring their baby girl Sidney into the refuge. With a new and dependent member, the Seldens look to improve their property and try to turn it into a functioning homestead that can support a family, but they face the challenge of balancing the demands of being parents, as well as providers for their newest member.”

“Charlie Jagow faces one of his toughest challenges this season in the aftermath of the summer fires. He assesses the damage from a bird’s-eye view, which reveals miles of black forest. Charlie now must re-establish 40 years’ worth of family traplines, which could potentially take two decades to rebuild. It’s an impossible task, but with the help of maps and instructions Bob left behind, Charlie will follow in Bob’s footsteps and look to come out on top this trapping season.”

How The Last Alaskans is produced