David Archuleta is now 27 years old, but he became famous as a 17-year-old competing on American Idol 7, when he was the runner-up to David Cook.

More than 10 years later, he’s still affected by the experience, which he likens to “its own kind of PTSD.”

David is doing well and certainly benefitted from his time on the show. He’s still producing music; his second Christmas record, and eighth album, Winter in the Air, came out earlier this month.

For more about his career and where he is as an artist, read David’s interview with Mega Magazine, in which he’s quite candid.

David talks about everything from how the record label he signed with wanted to turn him into the “white Chris Brown” to how therapy has helped him process what he went through.

David says that fellowAmerican Idol contestant Melinda Doolittle recommended “a therapist who specializes in people who have been on reality TV shows.” (Side note: Does anyone know who that therapist is? If so, please let me know. I’d be so interested to talk to them—not for details of individuals’ therapy, of course, but to learn about their general practice.)

David says going through therapy has helped him “be more trusting. Because maybe there was a certain time in my life where I did have to be a lot more cautious, and I had to be careful with who was around me.”

That difficult trusting people stems from what happened to him on American Idol, and “all the pressure” that comes with it, David said. 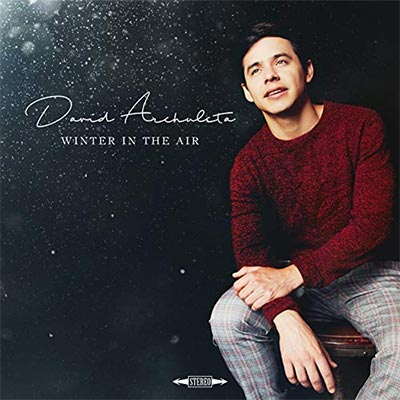 Part of that comes from the process of taking a real human being and editing them into a character. Here’s how David described that, and its lasting effects:

“You’re basically a character on a TV show, and parts of it are worked so that it fits the TV show — but they’re using your personal life. So you become this character, but it’s with your own name, parts of who you actually are, but other parts that are portrayed in a way that you’re not actually. Then everyone feels like they know you, and they know what you are, and they know how to treat you, and have certain expectations. … This was years ago, right? But there’s still certain things about us that we still had certain little tics that we’re paranoid about certain things. … Eight, nine, 10, 11 years later, we’re still kind of stuck in some of those patterns of thinking.”

But it wasn’t just editing that affected him, but the power that producers wielded and used as a weapon.

“I was young, and I was not good at speaking up for myself, so if the producers wanted to make something dramatic and to look a certain way, they would just do it. I couldn’t say anything about it. … I don’t think that’s OK. I have to sign a contract and whatnot to say of confidentiality and stuff, so I feel helpless, like I can’t do anything, because they have the power. And they let you know they have the power. If you say anything that will get them in trouble, then you’re going to be in huge trouble, and get sued, and all that.”

One storyline that gained a lot of traction was about David Archuleta’s dad, and he faced lots of questions about that relationship in interviews.

For a few examples—from stories I wrote:

David says his “dad can be a pain sometimes,” but he appreciates how his dad defended him.

Still, he got active pushback even in interviews: “People who had interviewed me all the time. People who I worked with. If I tried to defend my dad, they didn’t believe me.”

All of this affected David, during production and after:

“I felt a lot of weight. Maybe more of the weight came from that than even the actual show. I was just like, ‘I don’t like attention, but here I am in front of millions of people, and now they’re involving my family and creating tension. They don’t know how it’s affecting my family’s personal relationships. They don’t know what’s going on in my home. They don’t know how this is affecting us, and how people look at us. But they’re OK with that, because it makes their show juicy.’ As a 17-year-old, I really took that personally. A lot of that is hard, and even 10 years later, it’s hard to not feel resentful. Even though they liked me, they were nice to me, and they wanted me to do well on the show, they were willing to portray me and my dad in a way that made it really difficult for all of my family. They didn’t really think about how it was going to affect my brothers and sisters. They didn’t think how it was going to affect me. They didn’t think about how it was going to affect my dad’s reputation.”

What’s particularly interesting to me is his response to the response others have to this kind of story. Here’s what David told Yahoo Music:

“People say, ‘That’s the price that you pay, and you got yourself into your own mess.’ But I didn’t know people were going to start talking about my family. It was almost like I felt like my siblings were sometimes like, ‘Why did you go audition for that show?’ I felt very guilty because of how it affected my family, because we loved our dad.”

I know I’ve had that kind of reaction to reality stars in the past: This is what you signed up for! How could you not know?

It’s easier to blame them for bringing it on themselves: If you didn’t want to be mauled by a lion, you shouldn’t have gone to the zoo!

But what if the zookeeper pushed you into the lion’s cage? What if you had no idea how low the guard rails were, or that there really weren’t any guard rails at all?

What if everyone standing around watching you be torn apart by the lion knew that you were pushed but said they didn’t care because you came to the zoo so it’s your fault?