American Idol mentor Bobby Bones is returning to the show for its second ABC season, but in an “expanded role.”

What does that mean? ABC says he “will offer his industry expertise throughout the competition, helping contenders reach the next level of their artistry and performances.”

Bobby is currently competing on Dancing with the Stars, corporate synergy that ensured he’d be back on American Idol. He’s now made it to the semi-finals, giving ABC a season-long reminder about Idol, if not an advertisement.

That’s what happened Monday, when DWTS used its episode to announce his “expanded role,” though this may not have qualified as the big news

In a less than 30-second video, he said, “I will be the official full-time mentor on American Idol coming up in the next season.”

“I’m super-excited and I can’t wait to work with everyone and hopefully make a brand-new superstar on American Idol,” Bobby added.

What will Bobby Bones—and Idol—do differently? 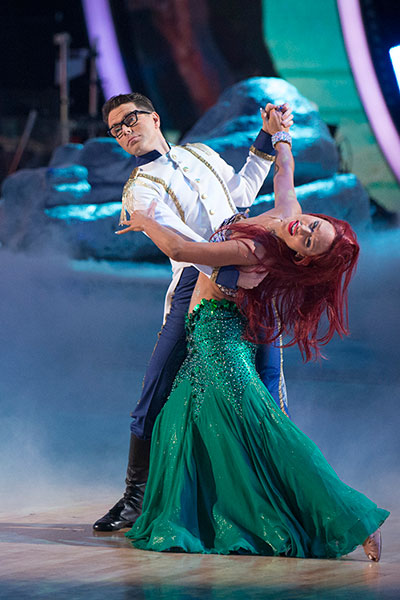 I didn’t actually mention Bobby Bones in my rave review of ABC’s American Idol, but the contestants really seemed to connect with him.

American Idol blogger and tracker MJ Santilli wrote, “I thought his comments to the contestants last seasons were mostly of the banal self-help variety. But maybe he was wasn’t edited well? The contestants had glowing reports on his behind the scenes contributions. So, editing. Maybe.”

Also, I just realized that he was one of us who looked for Real World house locations before seasons started filming: He helped located the Real World Austin house. So he’s clearly good people.

I’m slightly wary, though, of Fremantle and/or ABC taking that success and heading down the Fox path of expanding it, and his “expanded role” isn’t explained. Does it mean more time with him on screen? More filler? Does it mean the show is expanding, too?

Last season, Bobby joined the show during the top 24, which began during episode 9, which aired just four weeks after the show premiered. He then returned for the finale, which aired a month later.

So, he wasn’t much of a presence on the season.

If the show follows the same format as it did last season, it’d mean he might also be participating  Hollywood Week and the Showcase rounds, and then staying on through the finals. (I’m assuming he won’t be part of the auditions, which are filming now, while he’s on Dancing with the Stars.)

Does the expanded role just mean he’ll be on more episodes? Or are there other expansion plans? Or am I just worrying prematurely?

The accelerated schedule was one of the many reasons why the season worked so well, so I’d be glad for Bobby to join earlier rounds and stay on through the finals, but really hope the schedule itself isn’t expanding.

“Inducted into the National Radio Hall of Fame as the youngest honoree ever, Bobby Bones has been dubbed ‘the most powerful man in country music’ (Forbes). His nationally syndicated radio show ‘The Bobby Bones Show’ reaches millions of listeners on nearly 140 stations and recently garnered its third ACM Award for National On-Air Personality of the Year, also earning a 2017 Country Music Association award for National Broadcast Personality of the Year. His popular podcast, ‘BobbyCast,’ recently surpassed 100 episodes and has been downloaded more than 6 million times. Bobby is also a two-time New York Times No. 1 best-selling author, touring stand-up comedian, philanthropist and chart-topping comedy artist – a true ‘jack of all trades’ (ESPN).”