The property used to film The Bachelor and The Bachelorette since season 11 in 2007 escaped destruction by wildfires in California, though the structure used by the production did burn down.

Two people died, more than 50 homes were destroyed, and 250,000 people were evacuated because of the Woolsey Fire, the L.A. Times reported. Areas affected include Malibu, Calabasas, and Agoura Hills, where the mansion used for The Bachelor is located.

Keeping Up with the Kardashians and I Am Cait star Caitlyn Jenner’s house is among those that have burned. The fire also destroyed the Paramount Movie Ranch, where the old west town used in productions including Westworld, Escape the Night season three, and Adam Ruins Everything.

The Bachelor season 23, which stars Colton Underwood, had concluded its filming at the property.

While the house itself survived, another building on the property used by the production “has been destroyed” by fire, The Hollywood Reporter reported Friday. You can see that lower house at the bottom of the map below.

After the fire passed, USA TODAY L.A. bureau chief Chris Woodyard tweeted a photo of himself at the house.

USA TODAY’s story has a photo of the other building that caught fire.

The house from ABC’s “The Bachelor” survived the fire unscathed. House next door burned to the ground #BachelorInParadise #BachelorNation pic.twitter.com/VR9cvDBAh6

Friday afternoon, Bachelor creator Mike Fleiss tweeted, “Pray for Malibu— and #TheBachelor Mansion…”, and that prompted responses that he was being insensitive. He replied Friday night: “What part of ‘pray for Malibu’ confuses you idiots. I live in Malibu! My heart is broken. Go fuck yourselves!”

The Bachelor mansion is also a home 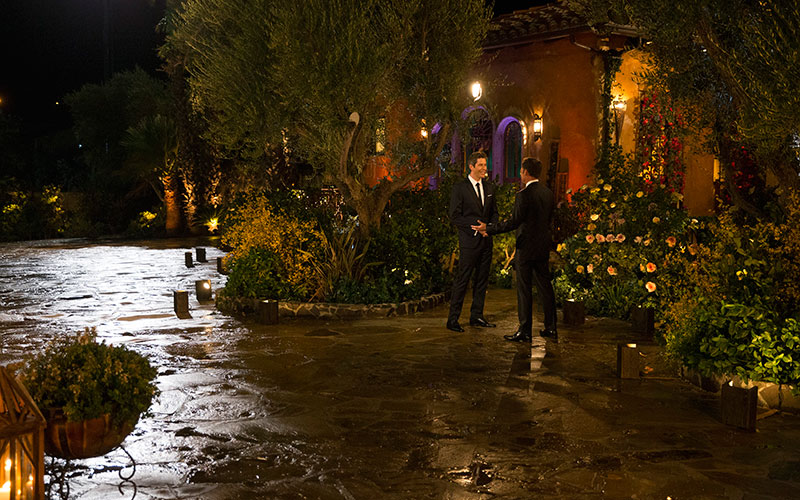 What’s it like behind the scenes of The Bachelor mansion? Tour the house, seen here during season 22 with Arie Luyendyk Jr. (Photo by Paul Hebert/ABC)

The house is actually a home to a family of six that moves out of the house twice a year for 42 days. All of their belongings are removed, and The Bachelor production crew paints and redecorates. Then, at the end, they return the house to its original condition.

The family also rents it to other productions and uses it as an event space.

Owner Marshall Haraden told The Today Show, “People think that when the show’s on TV, it’s happening at the house. Sometimes when we come home for dinner at 9 or 10 at night, there’s people outside the gate climbing over the fence or on top of their cars trying to take pictures.”

In 2013, TV critics toured the property, and I wrote about what it’s like behind the scenes in The Bachelor mansion.

For a tour of what it looks like without the set design, watch this Good Morning America clip:

Previous
Next month: Drag Race All Stars 4's premiere, plus a 13-season marathon 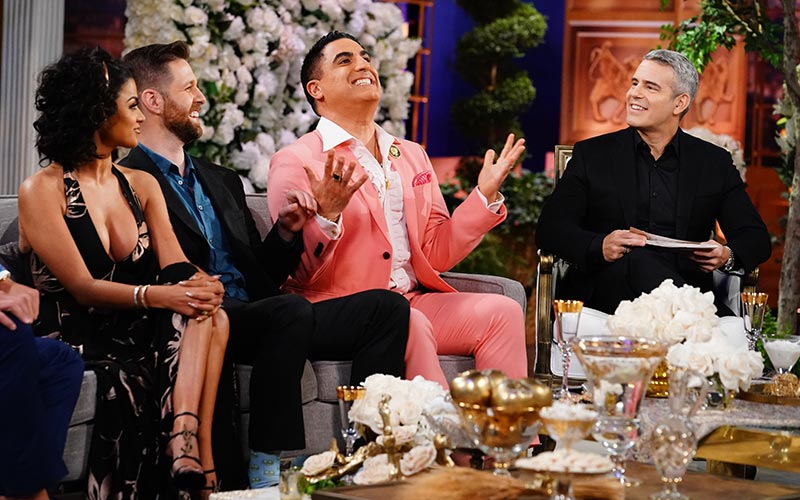