The show’s new host is supermodel Karlie Kloss, who said in a Bravo press release that she “grew up watching Project Runway.”

It’s a young cast overall, as all of the new additions to the franchise are in their 20s and early 30s—and the show seems to be searching for a younger audience. Bravo executive Shari Levine said in a press release, “These are the perfect faces for the new Project Runway, as we recalibrate for a new generation of fashion enthusiasts.”

She also called this new cast “the right fuel to reenergize the franchise.”

Christian Siriano was an excellent judge on Project Runway Junior, and he’s appeared on the show as a guest judge frequently. His name was floated frequently as a replacement for Tim Gunn after Tim and Heidi announced they were leaving, and for good reason: He gives excellent feedback and seems like he’ll be good at both supporting and challenging the contestants.

In the press release, he said, “I hope to guide and inspire the new talent on the rise.”

New judge Elaine Welteroth is best-known for editing Teen Vogue, where she was the youngest editor in Condé Nast history and only the second black person to ever edit a magazine in its 100-plus year history. She transformed the magazine during the 2016 election, and has appeared as herself on the sitcom Black-ish.

The other new judge, joining Nina Garcia, is Brandon Maxwell, a designer whose clients have included  Meghan Markle, Michelle Obama, Amy Schumer, Nicole Kidman, and Oprah. In a profile, The Dallas Morning News called him “a maestro of runways and red carpets.”

Overall, this is an intriguing panel, at least in terms of their backgrounds and experience. I’m thrilled Nina is returning, both to provide continuity and because she’s an excellent judge.

For the judges and host, what ultimately matters, of course, is how they gel as a panel and play off of each other—and how well they critique the work that’s in front of them.

Bios for the new Project Runway judges and host 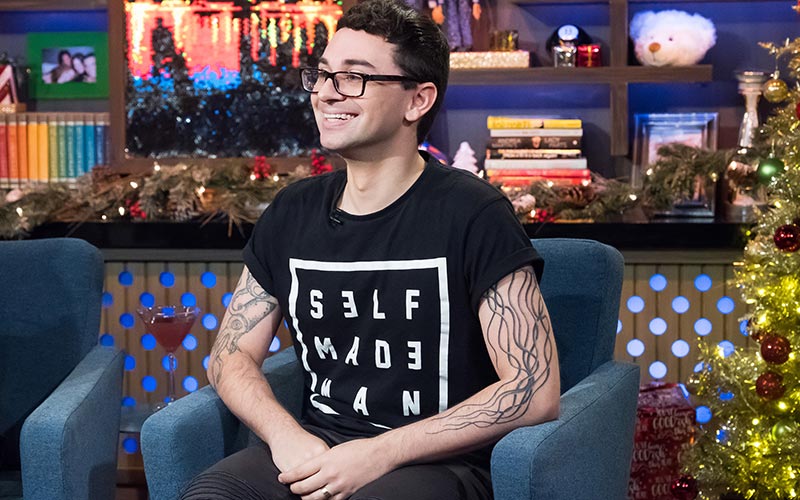 Here are Bravo’s bios for the three judges, mentor, and host:

Karlie Kloss is an American supermodel and entrepreneur. Originally from St. Louis, Karlie has shot campaigns and walked for top designers including Marc Jacobs, Oscar de la Renta, Alexander McQueen, Brandon Maxwell and Versace. She is also the face of numerous international campaigns for brands that include Estee Lauder, adidas, Carolina Herrera and Express. Outside of modeling, Karlie is the founder of Kode With Klossy, a nonprofit that empowers girls to learn code and become leaders in tech. Now in its fourth year, the organization hosts free, two-week summer coding camps where girls aged 13 to 18 explore concepts in front-end and back-end software engineering. In 2018, Kode With Klossy hosted 50 free coding camps in 25 cities across the country, providing scholarships to 1,000 young women.An Oath board member and TIME 100 honoree, Karlie is the newest host of Bravo Media’s Emmy award winning series, “Project Runway.” Karlie shares her experiences hosting, filming, modeling, coding and traveling through her YouTube channel, Klossy.

Christian Siriano, following his studies in London, Christian Siriano launched his namesake label and first Spring and Fall collection in 2008. The collections are shown each season at New York Fashion Week, and presented in New York and Paris to retailers. Dubbed “the new king of old-school glamour” by Elle and “the next billion-dollar designer” by Yahoo! Style, his designs have appeared on the world’s biggest stars and most prestigious red carpets. He has dressed the likes of Angelina Jolie, Julianne Moore, Amy Adams, Janet Jackson, Jennifer Lopez, Oprah Winfrey as well as the First Lady Michelle Obama. In April 2018, Siriano was named among Time’s 100 Most Influential People in the World for being an advocate for body inclusivity and runway diversity in the fashion industry. He is the youngest person to ever appear on the Crain’s“40 Under 40” list, was included on Forbes’ “30 Under 30” and most recently appeared in Variety Magazine’s New Power of New York list. He was named “Designer of the Year” at the 2016 AAFA American Image Awards, won the Couture For A Cause “Designer of the Decade” award that same year, was awarded the Inspires Award by the National Eating Disorder Association in 2017 and most recently received the 2018 Bottomless Closet Fashion Award by the non-profit organization which helps guide disadvantaged NYC women enter the work force and achieve success. He just celebrated his ten year brand milestone with a photographic retrospective on his work with Rizzoli Books in late 2017, titled Dresses to Dream About, which has now gone into its second printing. He most recently opened a new store, The Curated NYC. A retail destination for the modern shopper, the eight story townhouse is steps from Fifth Avenue and also houses his office and atelier.

Nina Garcia is the editor-in-chief of ELLE and has been a judge on “Project Runway” since it launched in 2004. Beyond her notable work in over twenty years within magazines, she also entertains an adoring global fan-base and an active following, making her an elite authority on fashion. As such, she serves as a style expert on programs including Today, Good Morning America, The View, CNN and more, and has been a celebrity red carpet correspondent for programs like ABC’s Oscar telecast. She’s written four New York Times bestselling books on style and has received numerous accolades including the Fashion Group International’s prestigious Oracle Award, the Hispanic Federation’s Individual Achievement Award, the Oliver Scholars’ Program Champion of Educational Excellence Award and The Daily’s Magazine of the Year Award.

Brandon Maxwell launched his eponymous luxury women’s ready-to-wear label in New York in 2015. The brand was born out of the desire to make women feel beautiful, sophisticated and powerful by creating timeless garments that are impeccably tailored. With a focus on craftsmanship, the entire collection is designed in New York City. As a child, Maxwell was captivated by the immaculately-dressed women who passed through the Longview, Texas boutique where his grandmother worked and where he spent a lot of time in his youth. He went on to study photography at St. Edward’s University in Austin and began assisting stylist Deborah Afshani in 2009, followed by Edward Enninful and then Nicola Formichetti in 2010. Brandon was awarded the 2018 Woolmark New York Semifinal Prize Award, 2016 Fashion Group International Rising Star Award for Womenswear, the 2016 CFDA Swarovski Award for Womenswear, and was named a finalist for the 2016 LVMH Prize. His brand is worn by iconic women such as Michelle Obama, Meghan Markle, Lady Gaga, Oprah and more.

Elaine Welteroth is an award-winning journalist, thought leader, and the former Editor-in-Chief of Teen Vogue. Throughout her meteoric ten year magazine career, she broke new ground as the youngest person and only the second African-American ever to hold the Editor-in-Chief title in Condé Nast’s 107-year history. In this role, she brought social consciousness to the pages of Teen Vogue and transformed the teen title into a credible news source. Previously, she held senior roles on the mastheads at Glamour and Ebony Magazine, and in 2012 she became Conde Nast’s first ever African-American Beauty Director. She’s now a leading expert, advocate and voice for the next generation of change makers, bringing her fresh perspective to scripted and unscripted projects in TV. From writing on hit shows like “Grown-ish” to appearing on-air from ABC News to Netflix and “The View” to E!, Elaine continues blazing a career path that breaks the mold, inspiring a new generation of creative entrepreneurs.