The star of The O.C., the drama that inspired The Hills’ predecessor, is going to be on The Hills: New Beginnings

Fourteen years ago, Laguna Beach: The Real Orange County premiered on MTV. It was notable for its cinematography and editing, which resembled a scripted series far more than a reality show.

While the show looked a drama, it was also named after one: Its subtitle was a direct reference to The O.C., a Fox drama that premiered a year earlier and was set in Orange County, Calif.

One of The O.C.’s stars was Mischa Barton, who played Marissa Cooper.

Next year, 16 years after her drama premiere, Mischa Barton will be joining the cast of The Hills: New Beginnings, MTV’s reboot of the iconic reality show that spun off Laguna Beach—and was often criticized for its lack of reality.

So yes, a star of the scripted show that inspired a reality show that spun off a heavily fictionalized reality  show is now joining the reboot of the spin-off.

Barton posted a video to social media with The Hills’ theme song playing in the background.

She says only, “Welcome to The Hills, bitch!”—a reference to a line on the premiere of The O.C., when Marissa’s boyfriend Luke punches Orange County newcomer Ryan Atwood. 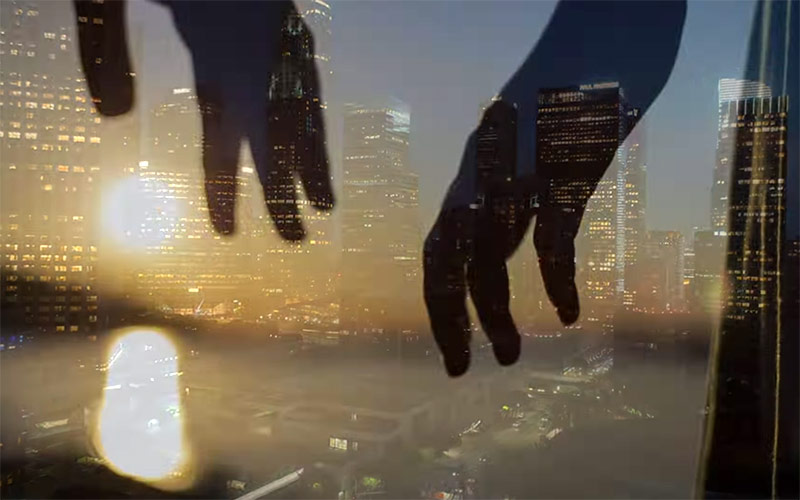 Gorgeous shots of Los Angeles cutting to blurry images of hands in front of sunsets: The Hills is coming back! This image is from a teaser trailer MTV revealed during the Aug. 20, 2018, VMAs.

MTV says the new show “will reunite original cast members and exciting new faces as they navigate their personal and professional lives in Los Angeles.”

It will premiere next year.

While Hills stars Lauren Conrad and Kristin Cavillari will not return, most of the rest of the original series will be returning.

The full cast of the show so far, according to MTV, is:

Many of the old cast members attended the MTV VMAs to announce the new season. Watch: