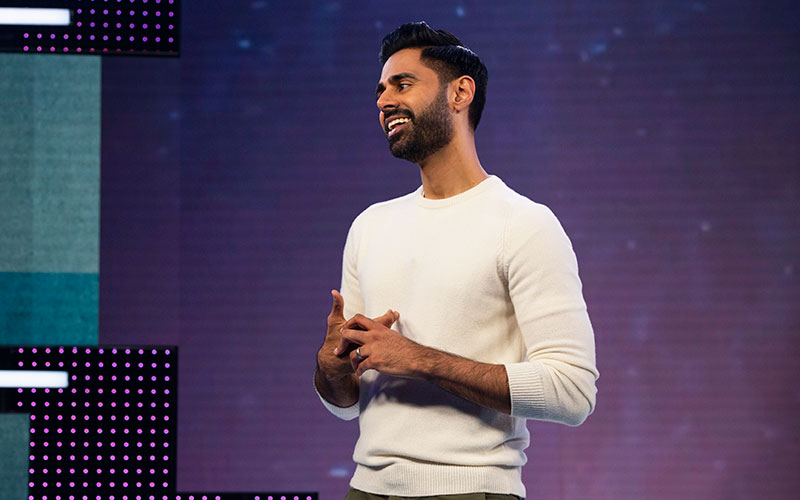 The nearly 10-minute clip below is essentially an advertisement: For Hasan Minhaj’s new weekly Netflix series, Patriot Act with Hasan Minhaj, and also for Netflix’s reboot of Queer Eye.

I also wish it was the pilot or even just sizzle reel for a new reality show, because watching Hasan and Tan France jokes and try on clothes is the nine minutes of pure joy I didn’t know I needed today.

Can this become a full series? Would it work? Just the two of them—maybe shopping in other stores, maybe on a road trip. I’ll watch whatever. 10 minute increments is fine.

For now, though, I’ll rewatch this.

From their immediate bonding over their mispronounced names to mocking people who say “chai tea” (which is like saying “tea tea”) and “naan bread” (“bread bread”), and also talking about how their lives as high-profile people of South Asian descent, there are some takeaways tucked underneath the comedy, from fashion to celebrity.

But it’s all just natural, not forced. “Did you just Queer Eye me?” Hasan asks Tan at one point. “Inadvertently!” Tan replies.

Inadvertently or not, this clip is some of the best unscripted content Netflix has released this year.