Exclusive: ABC’s Great American Baking Show will be back again in 2018, I’ve learned, and season 4 will have a new host and a new judge.

Last year’s co-host Ayesha Curry is hosting a new ABC cooking competition, Family Food Fight (details are below); last December, ABC announced that it “ended its relationship with Johnny Iuzzini” after women said he’d sexually harassed and abused them at his restaurant.

The Great American Baking Show: Holiday Edition, which is season four for the series, will be hosted by former Spice Girls member Emma Bunton and season three co-host Spice Adams, and will be judged by returning judge Paul Hollywood and new judge Sherry Yard. 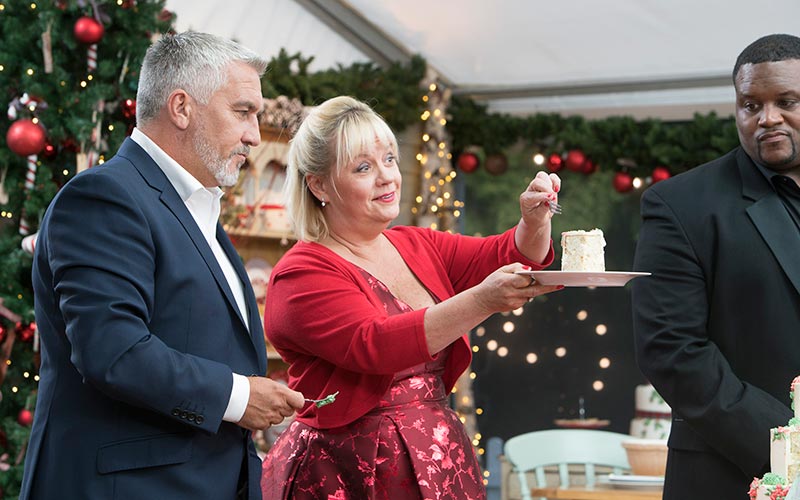 Six hour-long episodes of The Great American Baking Show season four will premiere sometime in December, according to a person at ABC with knowledge of the production.

Both of the new cast members, Bunton and Yard, have been judges on American reality competitions before. 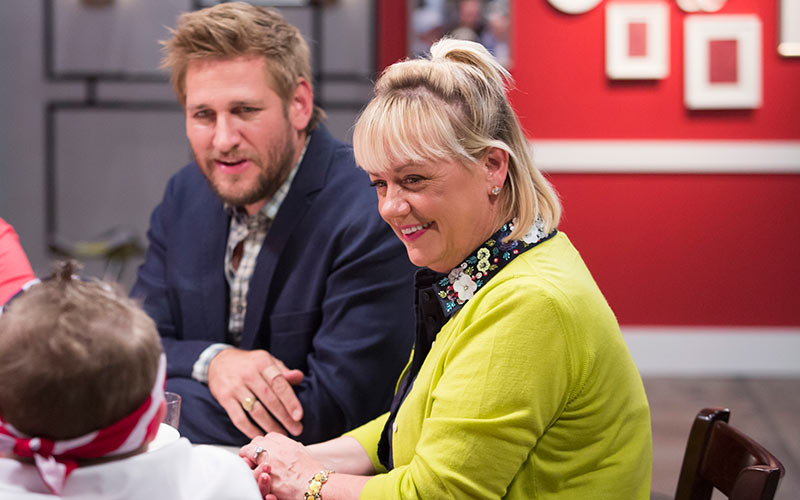 Sherry Yard has written several books been a frequent judge and guest judge on food competitions, including:

Emma Bunton, aka Baby Spice, was one of the judges on ABC’s Boy Band, which aired last summer.

She also guest-judged an episode of RuPaul’s Drag Race All Stars that aired earlier this year, and has also hosted and judged many other series. 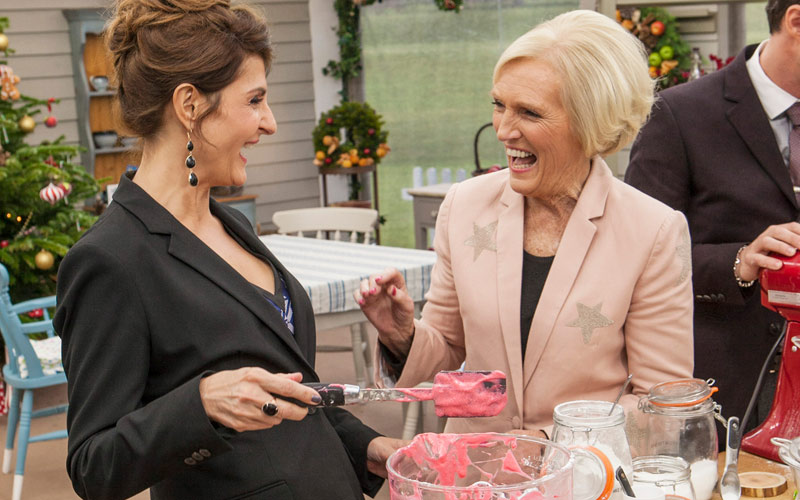 Since its debut in 2015, when it was called The Great Holiday Baking Show, the series has had three sets of hosts and three different combinations of judges. It has always managed to retain the charm of the UK series, thankfully!

In seasons one and two, Mary Berry and Johnny Iuzzini judged the competition, and Nia Vardalos and Ian Gomez hosted.

Nia and Ian were both cast in TV shows, and thus were replaced last year by Ayesha Curry and Anthony “Spice” Adams.

Mary Berry exited the U.S. version after two seasons. When Love Productions took the British version, The Great British Bake-Off, to Channel 4, away from the BBC, she quit.

While there was hope that Mary might appear once or twice last season on the ABC show, it ended up that Paul Hollywood replaced her entirely. (The U.S./ABC version is also produced by Love Productions.)

Johnny Iuzzini filmed season three, but it was pulled off the air before its finale after he was accused of sexual harassment, and he was effectively fired—or at least not rehired for season four. 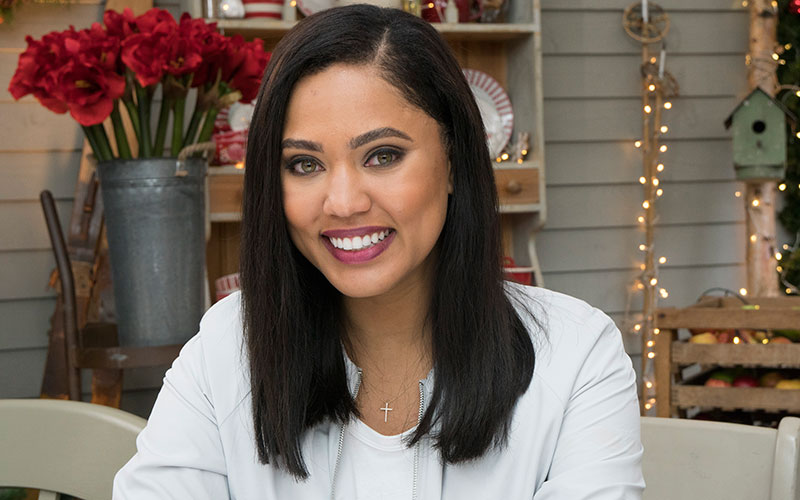 Family Food Fight is a format from Australia, and ABC announced its judged last Thursday: Cat Cora and Graham Elliot.

Graham Elliot was also a Fox reality show judge, on both MasterChef and MasterChef Junior, and he joined Top Chef as a judge for seasons 14 and 15.

Family Food Fight starts production later in October, and doesn’t yet have an announced airdate. Here’s how ABC describes its format:

“On Family Food Fight, family teams will pull out their best culinary moves in the kitchen, serving up authentic family dishes rich in cultural heritage, taking homestyle cooking to a whole new level. Cora and Elliot, along with host Curry, will lend their expert palates to help determine which family team will walk away with the coveted title of America’s No. 1 Food Family and take home the $100,000 prize.”